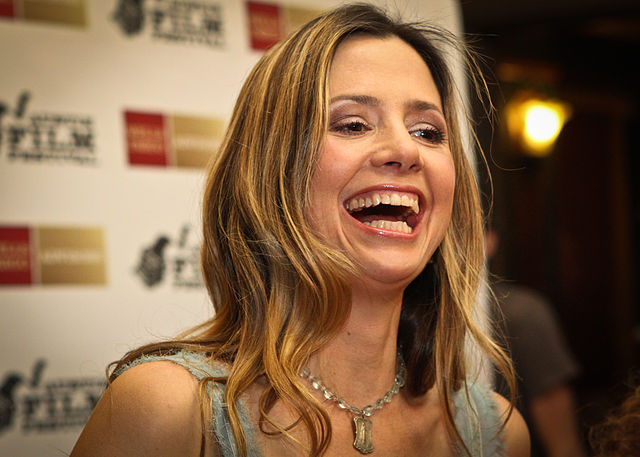 Pretty, a bit naïve, dated Quentin Tarantino, Mira Sorvino may not exactly seem like Harvard material… This perception could not be more wrong and this woman is anything but the bimbo made famous by Hollywood. She is in fact a Harvard graduate and is fluent in Mandarin and French, much more than can be said for many of her fellow actors. On the top of this, she has won an Oscar for her performance in “Mighty Aphrodite“, in which Woody Allen saw in her his muse. This is a CV that would make many of her colleagues jealous.

Mira is of course the daughter of famous character actor Paul Sorvino, who we all loved in his amazing performance as Paulie in Martin Scorsese’s masterpiece “Goodfellas”. Acting is in her blood, and despite choosing to pursue her studies on a year abroad in China, against her father’s wishes, it was her destiny, and Hollywood has opened its doors to her.

Unfortunately, as is the case with many other female actors, her Oscar was a kiss of death for her career. With the exception of two major leading roles, one especially worth remembering being in “At First Sight” alongside the extraordinary Val Kilmer, her casting offers slowed down and she began to do independent films and had difficult time returing to mainstream films. Her talent and artistic value never diminished, and actually she perhaps even increased, but mainstream films moved away from her.

She’s well esteemed overseas, particularly in Italy, where her father is truly adored. It is a shame that at such a relatively young age, she ceased being cast in roles deserving of her abilities. However, it must be said that she is now playing a much more important role in her private life: the role of the mother.

Mira is married to Christopher Backus (they got married in Capri), and together they have four children. Mira is known to be a woman of strong faith and she is often seeing wearing the cross, although she practises her religion discretely, without making absurd statements like some stars.

So, as time passes, we ask the producers and directors out there to remember to cast this Italian talent, because the world wants to see more of her.