“We were like the Letters of the Alphabet. Alone, we had Little Meaning, but together we were part of a Great Meaning”

My grandfather was never a man of many words, but when he spoke we listened. Though his words were few they were filled with wisdom. He would often say to us: “Pray for the things you want, but work for the things you need“. If grandpa said that phrase once, he said it a thousand times. Like many of his generation , who came to America during the great migration, grandpa was a man of deep faith, but he also realized that hard work would provide him and his family with the material things in life. 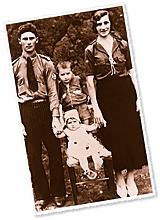 His work in the fields, in the factories and in the orchards of the valley was honest and fulfilling because it came forma a place of pure and clear devotion. Looking back now to a century ago I can visualize in my mind’s eye the finale of my grandparent’s long journey to America and how they sailed aboard ships that took them months to reach New York’s port of entry.

I can feel my ancestor’s joy and their sense of fear and expectations as they made their arrival past the gates of Ellis Island, and how they worried for their siblings that were forced to return to Italy because they were rejected by the health inspectors for having a small limp or deformity.

Grandma would often tell me of these days, of her sadness and separations and of her great hope for a better life and how the excitement of their journey far outweighed their fears. Apprehensions may have been there, but it was not upper most in their thoughts. 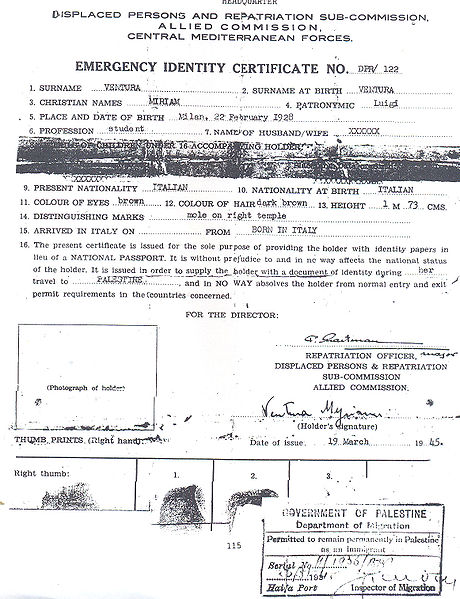 The expectations of journeys end made them oblivious to the enormous challenges that awaited them. First, and foremost, they would have to gain acceptance in a New World, which practiced beliefs and cultures different from their own. But the whispered promise of streets paved in gold was too overwhelming to ignore.

They would gladly face the unknown to find this golden opportunity. Soon enough, the immigrants would learn that all they had heard of the bountiful New World was not all true. Though they would discover that the streets of America were not paved in gold, they did find what they were looking for in precious opportunity. They would survive.

They etched out a living for themselves and moved into a 12-block area of San Jose south of First Street. It was a perfect location for housing the hopeful young immigrants. Despite their language barrier and unskilled labor they were able to find employment. They rolled up their sleeves and got to work and soon another of America’s “Little Italy‘s” was created. City dwellers would refer to the community of immigrants by a number of names, some colorful, some unflattering, but I believe ‘little Italy” to be the most accurate. The area served as home to many newly arrived ethnic groups of different cultures and backgrounds, but it was the Italian community that prevailed.

By 1910 hundreds of Italian Americans called this 12-block area of San Jose home. By 1916 the population of San Jose’s little Italy soured. Residents of the settlement were proud of their meager homes and gardens and the area bloomed with pride. There was an abundance of fruit tree, vegetables and flower gardens surrounding each plot of land. Trees, laden with prunes, cherries and apricots bore testimony to the community’s’ flourishing lifestyle. It was no wonder that the grapes grew so large and fruit to unusual size and quality, most of the young immigrants had been schooled early on in life by their parents and their parents before them on the grafting, planting and pruning of fruit bearing trees. By the time a child was 10 years of age he, or she, knew all there was to know about vegetable gardening and fruit trees. They had to, it meant survival in the old county and now in the New World as well.

In 1906, these very same Italian immigrants began work on the construction of a lavish church, one that would embody the spirit and age old beliefs of these tenacious immigrants. They wanted their church to represent century old traditions and community spirit; it would be built in the likeness of the great St. Peter’s Cathedral in Rome. It would be located on San Fernando Street and run by the Jesuit fathers. Originally, the church was built for persons of Italian decent only, but the church became a church for all the people. Though they had a meager income that didn’t reflect the grandeur of the new church, the elaborate building was an important part of their cultural beliefs. Many years ago, I asked my grandfather why it was so important for his people to construct such a lavish place of worship.

Grandpa responded in his native Italian, translated into English it means something like this: “Out of our habits grow our character, on our character we build our destiny.” The church had come to represent the young immigrant’s cultural heritage and their hope for the future. Their honest work was their contribution to their community and to their future generations as well.

In time, San Jose’s urban sprawl engulfed this cluster of Italian Americans and their living spaces. And, in 1969, bulldozers raised the magnificent Holy Family church to make way for the Guadeloupe expressway. Though another church was built on Pearl Avenue, the grandeur of the original church was gone forever. But, by then, the successful immigrants had moved on to better parts of town, opened businesses, started new careers and eventually assimilated into their extended community. Though San Jose’s “Little Italy” is gone now. A sense of appreciation for these early immigrants and their spirited accomplishments remains an indelible part of our community’s heritage and its lifestyle.

The many local families whose ancestors came to San Jose from the old country share a special bound of thanks to their parents and grandparents. They’re grateful for the way they held tight to their Old World ways and rituals while at the same time embracing the new burgeoning lifestyle of the Santa Clara valley. I suspect there would be no “silicon valley” and perhaps no industry as we know it today without people such as my grandparents and their generation of industrious workers who planted and harvested orchards of fruit trees abundant vegetable fields and worked in the long cannery lines.

To this day, the imprint made by our immigrant ancestors anchors many of us to this beautiful valley while at the same time their lofty and inspiring dreams continue to give us our wings.