The Middle Ages were generally a dark time for most cultural endeavors, but especially for mathematics. Fortunately, around the beginning of the 1200’s an Italian by the name of Leonardo Pisano came along to advanced mathematics significantly – he wrote many books on numerical topics that included his own insightful contributions. For someone to come out of the Middle Ages and accomplish this when no other scholar was doing so adequately demonstrates the genius of Leonardo Pisano. And the strangest thing is that today we know this man by a completely different name: Fibonacci.

There has been some general confusion regarding Fibonacci’s name throughout the years, but here are a few facts: He was born in Pisa, (where the famous tower is located) in 1170 as Leonard Pisano. His father’s name was Guglielmo but he also had the nickname of Bonacci, which means “the good-natured one” (some biographies say Guglielmo was a “member of the Bonacci family,” implying it was more than just a nickname…) and thus Leonardo received his own nickname of Fibonacci due to filius Bonacci, which means “son of the good-natured one.”

Throughout his life Fibonacci was mainly known as a wealthy merchant with an intense interest in numbers. He was educated in Algeria, where his father worked as a customs officer. In his youth, while staying with his father in Bugia (now Bejaia) Algeria, Fibonacci was first exposed to Arabic numerals (1, 2, 3, 4, 5, 6, 7, 8, 9 and 0), which we of course use today. He quickly mastered their idea and continued employing them after his return to Italy. In 1202 he completed his work, Liber abaci (1202) “Book of Calculation” in which he explained how to use Arabic numerals and also noted their advantages. Although today we know he wrote many texts on mathematics, the only ones that have survived are his Practica geometriae (1220), Liber abaci (1202), Liber quadratorum (1225), and Flos (1225). Because printing had not been invented during Fibonacci’s lifetime, his books had to be handwritten. Hence only very few copies of his texts were ever made and we are lucky to have any at all. 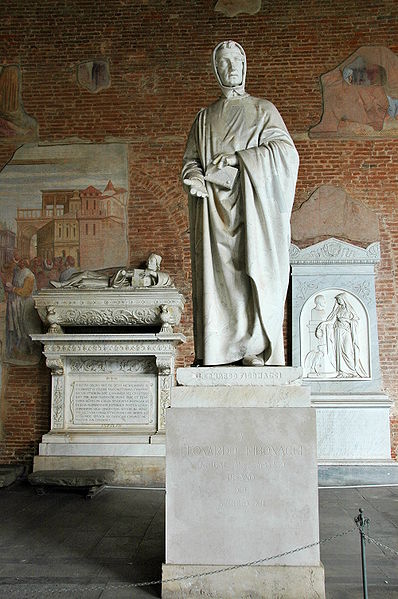 Today Fibonacci’s name is associated with one of the most famous and important sequences in number theory. Many educated people have more than likely heard of Fibonacci numbers even though they may not recall precisely how they are defined. In his book, Liber abaci, Fibonacci first poses the following problem (it has been reworded), which produces the famous Fibonacci sequence.

The answer is the famous Fibonacci sequence:

But it doesn’t only arise in the rabbit population problem (although of course in real life rabbits do not follow the rules stated above). It turns up in many different areas of nature: on the sides of pineapples, the ridges of pine cones, the centers of sunflowers; numerous areas of phyllotaxis all employ the Fibonacci numbers (phyllotaxis being the botanical definition for a plant’s arrangement of leaves). The sequence above also has a deceptively simple formula. To produce the n-th term, simply add the two previous terms of the sequence: 1 + 1 = 2, 1 + 2 = 3, 2 + 3 = 5, etc. Mathematically, the formula can be written: F1 = 1, F2 = 1, Fn + 1 = Fn + Fn – 1.

Thousands of properties, results, and theorems relating to Fibonacci’s sequence have been discovered. There is even a mathematical journal devoted solely to its study called The Fibonacci Quarterly. But an interesting fact is that the Fibonacci sequence only became famous during the late nineteenth century after the mathematician Edouard Lucas gave it its present name and wrote about its properties in his book Theorie des nombres.

Liber abaci is perhaps Fibonacci’s most famous work. The book is devoted to arithmetic and various linear equations; but with it he also introduced the Hindu-Arabic number system to Europe; and included a table of prime numbers from 10 to 100; he also made the observation that when testing a prime number, the only thing necessary is to divide by all primes up to the square root of the number (the first known type of primality test). He also discusses perfect numbers, the Chinese remainder theorem, algebra problems, how to sum geometric series, and various problems useful to merchants.

Fibonacci was also recognized by politicians and other non-mathematicians in his time. In fact the Republic of Pisa awarded him a salary in honor of the ongoing accounting advice he provided the city, as well as the teaching he had given citizens over the years. The decree issued by the Republic addressed Fibonacci as “… the serious and learned Master Leonardo Bigollo…” (Bigollo is today thought to mean “traveler,” yet another name Fibonacci was known by!).

Even though Liber abaci is important because of the effect Arabic numerals had on Western Civilization, his most impressive book is probably Liber quadratorum (1225), which is “Book of Squares.” It’s a text on number theory and the first major contribution to that field between the time of Diophantus (200 – 284) and the time of Fermat (1601 – 1665). It contains mostly results on square numbers (obviously), such as the observation that squares can be built up from sums of odd numbers, and discusses ways to find Pythagorean triples.

We do not know very much about Fibonacci’s personal life. E.g., if he was married or had any children. No one is even certain as to how he died. Nevertheless a statue was recently erected in the Giardino Scotto in honor of the greatest mathematician to come out of the Middle Ages.

2. The final units digits of the Fibonacci numbers repeat forever in a cycle of 60:

3. It has been proved (although I don’t know by whom) that Fibonacci(n) + 1 is always composite for any n >= 4. So if we let B(n) equal the number of prime divisors of n, counting also those that repeat, we get the following sequence for B(Fibonacci(n)+1), in which every term from the fourth onward will always be greater than 1.

5. Fibonacci numbers are also related to the decimal expansion of 1/89, which you can see in the arrangement of decimal fractions below.