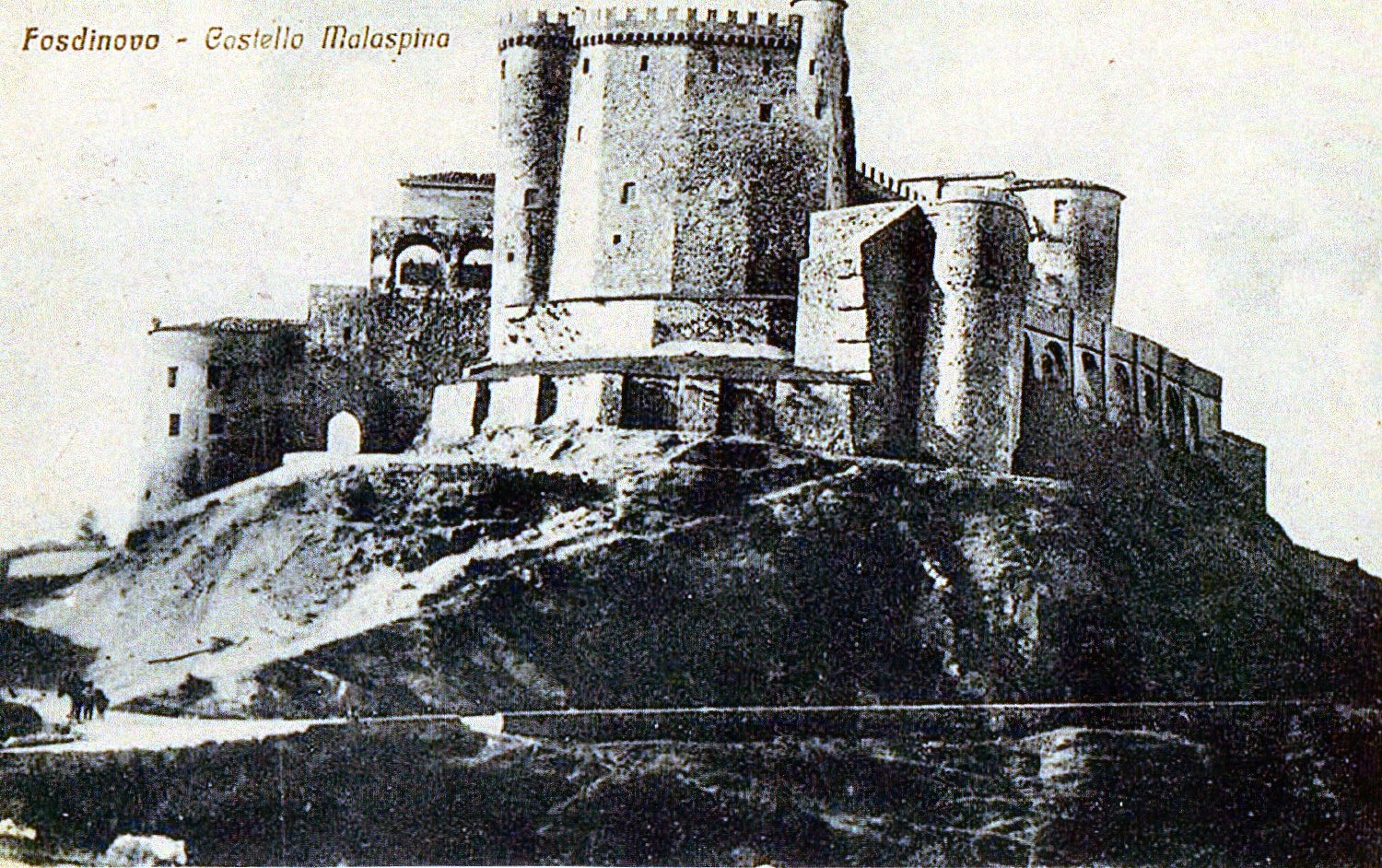 There are legends stronger than history. Legends tied to a place more powerfully than the factual events that happened there throughout the centuries.

This is the story of one of such legends, the story of a girl forgotten by history, but dearly remembered by the people of her village, Fosdinovo, a small Apennine hamlet in beautiful Lunigiana, where our peninsula gently curves south and the lands of Liguria turn into the hills of Tuscany. Bianca Maria Aloisa di Malaspina was her name and she remains the most talked about citizen of Fosdinovo, even today, centuries after her death.

But did she really exist? Was she really a child of the Middle Ages or did she grow up surrounded by the luxurious wealth of colors and gold of Baroque Italy? And most importantly: is she still roaming the rooms of her ancient abode?

All these questions could be answered thanks to an old archaelogical discovery, made around thirty years ago, and some historical reconstruction based on available documents: this is what Focus Storia‘s writer Raffaele Laurenzi tells us in a recent article appeared in the popular Italian history monthly.

Sit down and relax, because we are going to take a historical trip into the valleys of Lunigiana. Be warned, though: there is an eeriness to it that may leave you with the need to sleep with the light on tonight.

Often, when thinking of Tuscany, our minds run immediately to the gentle hills of Chianti, or the majestic beauty of Florence and Pisa. Here, though, we are in a different world, enclosed between the Ligurian Sea and the Apennines, made of ancient stone villages set against a beautiful backdrop of deep green hills and rugged, snow caped mountains: we are in the inland area of tuscan Lunigiana, in the province of Massa Carrara. The territory is today divided between Liguria and Tuscany, but once upon a time, during the fasts and greatness of Rome, it was considered a single region. In fact it takes its name from the most important of all Roman settlements in the area, Luni.

In Lunigiana, medieval castles are common, as they are in other parts of the country, like Valle d’Aosta, for instance. Yet, the Castello di Fosdinovo is special: magnificent and splendidly preserved, it is one of the vastest fortified complexes in Tuscany. Strategically positioned on a hill able to control both surronding lands and coastal areas, the first written document mentioning its existence dates back to 1124, when it was in the hands of the Bianchi family, of Erberia, themselves vassals of the bishop of Luni. Keep in mind this date and this family, because they will become important in our story.

Only around the 13th century, the Malaspina became rulers of the area.

The Malaspina family of Fosdinovo and the castle

The castle was surrendered to Spinetta di Malaspina in 1340. Spinetta created the Marchesato di Fosdinovo, upon which his family, a cadet branch of the ancient Lombard family of the Malaspina, ruled for centuries. The family, which is still extant today and owns the castle, is responsible for the castle’s extension and revamping throughout the centuries, which brought it to look as it does today. It was restored completely in the 15th century by Gabriele di Malaspina and, successively, in the 16th century by his successor Lorenzo. The hamlet of Fondinovo expanded along with the castle and reached its maximum extension in the 17th century, under the ruling and patronage of Jacopo II di Malaspina. Keep this name in mind, because it will return with a vengeance in our story.

Throughout its long history, the castle has been inspiration and home of some interesting stories, beside that of Bianca Maria. Giovanni Boccaccio reminds us in his writings that the very father of the Italian language, Dante Alighieri, was a good friend of the Malaspinas, reason for which some believe he did sojourn in the castle some time during his life. Even though there is no historical proof, one room in the eastern tower of the fortress is commonly known as “Dante’s bedroom,” as it is there tradition wants Alighieri to have slept.

Being a medieval castle in origin, of course, means there are some interestingly gloomy rooms, too: one of them, a bedroom, called the camera del trabocchetto, the trap door room, is characterised by the presence of… well, a trap door connected to a torture chamber by a chute. It is here that, according to another popular legend, Cristina Pallavicino, widow of Ippolito di Malaspina, satiated her blood thirst. Cristina apparently was a cruel, lustful woman, who had the habit of bringing her many lovers into the camera del trabocchetto, enjoying a night of passion with them, then discarding them into the torture room via that very infamous trap door I mentioned.

We know the area, we know the family and we know the castle. It is time to finally meet our heroine, mademoiselle Bianca Maria Aloisa di Malaspina.

We are in the 12th century. The Middle Ages are in full swing when the beautiful teenage daughter of the lord of the castle, Bianca, falls in love with a stable boy, who reciprocates her feelings. The two begin a whirlwind romance made of secretly exchanged kisses and caresses, because the social gap between them made their relationship taboo. But alas, it is hard to feign indifference when you are in love with someone, and soon both Bianca’s family and the people of Fosdinovo understand what has been happening. Today we may rise our shoulders to it, but then, a relationship of that sort would bring shame and dishonor upon the noble family involved: Bianca’s behavior is truly unacceptable and her family forces her to break the liaison. She is stubborn, though, and she keeps seeing her lover in secret.

When the Malaspinas find out, lover boy is sent away from the castle and Bianca into a convent to be “straightened up”. Discipline is something this girl just cannot stand, and she keeps seeing her lover even while under the nuns’ supervision. Some even say she may have become pregnant with the stable boy’s child: what a taint on the Malaspina’s aristocratic pedigree that would be! The girl is a rebel, and there is no more straghtening up to do, she needs to be punished.

Her lover apparently gets killed, while she returns home to Fosdinovo, not to live as the lady of the castle, but rather to be buried alive. Yes, you read it right: her parents, tired of her behavior and humiliated by the shame she brought upon the family, force her into a room without food or water, with the only company of a dog, symbol of fidelity, and a wild boar, an allegorical symbol of rebellion to authority. The door was then walled up for ever, her voice never heard again. Or is it? Because her spirit is said to inhabit the rooms of the castle since, showing up, with her blonde hair and vintage clothing, at the most unusual times…

That is the legend. But there are several issues with it. First of all, its time frame: in the 12th century the castle of Fosdinovo did not belong to the Malaspinas at all but, as we said above, to the Bianchi of Erberia’s family, vassals to the bishop of Luni. This is not the only historical incongruence in our story, though. According to records, the only Bianca Maria Aloisa di Malaspina did not live in the 12th, but in the  mid 17th century and was the daughter of Jacopo II di Malaspina, the very same Malaspina we mentioned while talking about Fosdinovo’s times of maximum economical and cultural extension.

The more you read about this legend, the more it seems to turn into a thriller…

The final dénouement of our intricated narrative finally came, or so we like to believe, about 30 years ago when restoration works were carried out on the basement and cellars area of the castle. Lo and behold! Bones turned up during excavations. Well, you may say, that is hardly surprising: castles and churches hold the mortal remains of dozens of people. True, of course, but these bones were special: first of all they belonged to a young woman and two animals; second of all, they dated to the 17th century, when the real Bianca Maria Aloisa lived.

Did we find the girl of the legend? Possibly. But some tassels of the mosaic are still missing. First of all, did things really go as in the legend?

That is difficult to say, as there are no sources mentioning anything about it. And then, did Bianca really die like that, buried alive in her own home? Historical and literary sources come to the rescue here. You see, some of them say Bianca Maria suffered from albinism. Her name was not given by chance, then, she was indeed whiter than snow, with hair the color of sunlight and crystal blue eyes. Many people carrying albinism also suffer from photophobia, so it is not too far fetched to believe Bianca Maria was not too fond of sunlight.

Now, keep in mind this: we are in the 17th century and if you looked different, people tended to say you were a witch. Even more so if you detested sunlight. Poor Bianca, with her striking yet odd looks and her necessity to escape the kiss of light, may have been at risk of being persecuted, or so Focus Storia’s Raffaele Laurenzi concludes. For this reason, the Malaspinas may have decided to keep her secluded in the castle, with people in the surrounding hamlet knowing about her but never quite understanding why they never met or saw her. Does this story reminds you at all of something? Yes, indeed: of the sad adventures of another young Italian girl whose life is entrenched in mystery, Azzurrina of Montebello.

A pinch of eerieness, a teaspoon of curiosity, plenty of popular gossip and voilà: a legend is born.

Whether or not you agree with Laurenzi’s clever and well structured interpretation of the legend, we still have to talk about its paranormal side. Because whether she was a rebellious Medieval teen or a secluded Baroque albino beauty, Bianca’s spirit apparently is still living in the castle. Many visitors have told stories of ghostly apparitions, all around the castles and gardens, including the spooky and disturbing presence of a breathing bed, the one where Bianca Maria’s older brother Pasquale, at the time leader of the family, died, killed by his own siblings (Bianca Maria was not involved in this). If you would like to see something for real, you only need to look up to the ceiling of the castle’s main hall, where a very peculiar dampness stain appears: a female figure can be easily discerned, surrounded by the profiles of a dog, a wild boar and a crowned head…

If you are intriguided by Bianca Maria’s story, or are just a lover of history, you should definitely check the castle of Fosdinovo out. Not only it is beautifully maintained and surronded by the charmliest of villages, but there is a B+B inside it, so you can actually sleep there, too. The B+B is open from April to October and offers beautiful rooms all set in the fully restored area of the castle.

If you are an artist and would like to find new inspiration in the beautiful surrondings and enchanted atmosphere of Bianca’s home, a Residenza per gli Artisti is open from May to September. Here, writers and visual artists can use private studios and free access to the castle’s library and audiovisual collection. Daily meetings with the other guests of the castle allow for an interesting mingling of people and give artists the possibility to make their efforts known in the small community of Fosdinovo.

The castle and its museum are opened to the public all year round with guided visits. Night visits can also be booked.