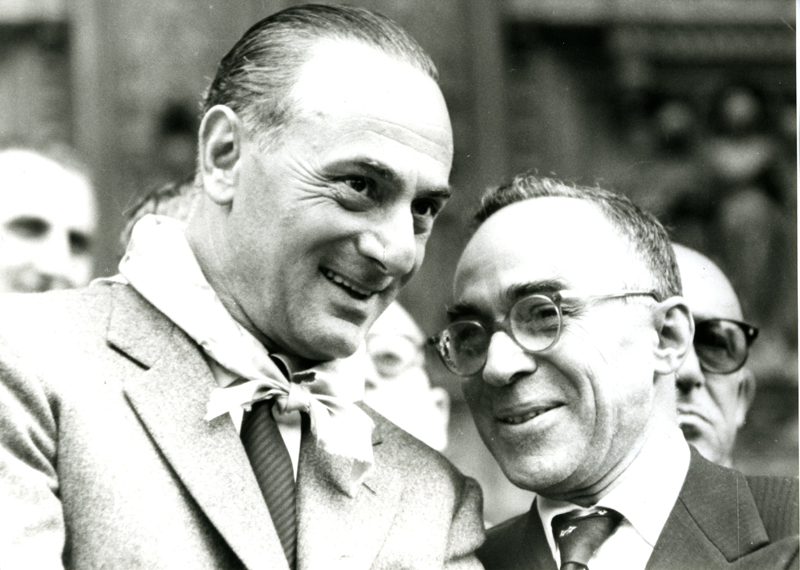 The figure of Enrico Mattei is one of the most intriguing in modern Italian history, and perhaps in the world in general, as he changed the economic balance in the Middle East, as well as relations between America, Russia and Europe.

Mattei worked in a very sensitive business: oil. He created a new world of demand and supply, affecting an established system in ways that would change it forever, but which would prove to be deadly for him. Oil is a crucial element in the global balance of power, as we know today, and today it is still a fulcrum of control for global economic, political and cultural exchanges.

Mattei operated between the end of World War II and 1962, when he was killed in an airplane accident, of dubious causes, at the peak of his career and power. Mattei was appointed to shut down AGIP, the Italian oil operation formerly initiated and run by the Fascist party when Mussolini was in power. Rather than following orders, Mattei restructured the company and transformed it into a major component of the booming new Italian economy and simultaneously used it to engage in major business negotiations and political manoeuvres with the Soviet Union and the Middle East, in what was the first major break into the monopoly of the “Seven Sisters”, a term that apparently Mattei himself brought into usage.

Mattei is very obscure figure and difficult to fully evaluate, beginning with the Italians, who are divided in making a historical assessment of him. He was primarily a leftist, but not a communist, he had a sense of anti-Americanism that made many uneasy and he was capable of talking to Arabs in a way that no one had before. He offered them what seemed to be fair business deals and yet allied with the anti-colonialism movements, especially in Algeria against France. He basically anticipated the events that would come about 50-60 years later, things that are currently going on. He brought the European divisions and the Italian disputes abroad, but through business, and it worked, as he was able to bring AGIP first and then ENI to levels of power and political importance never seen before. He put Italy on the international economic map as a serious competitor, despite the overall trends in the Western world at the time.

His actions made him many enemies, at very high levels, especially in America and France, but he kept on following his vision, until the day that his private plane crashed, killing him. The evidence from the accident was rapidly destroyed, causing many to believe that there was a bomb on the plane. The police in charge of the investigation were also killed, as well as a journalist hired later on to research material for the purpose of making a movie.

These are mysterious scenarios, which suggest that there was a conspiracy to kill Mattei. Being that the CIA, the French government, and the Italians opposed his political views, it is very hard to know exactly what happened, but one fact is certain, he walked on dangerous ground and changed the world forever.