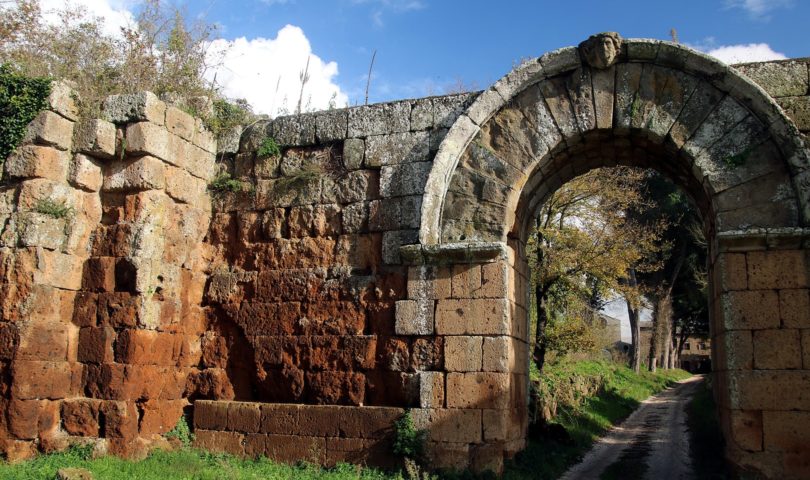 If you read the news in the past couple of days you probably learned, thanks to ground-penetrating radar technology, archeologists got an amazing insight into Falerii Novi, an ancient Roman city some 30 miles north of the capital.

Thanks to the use of ground-penetrating radar technology, archaeologists managed to map the entire city — some parts of which have been already excavated — for the first time, making some incredible discoveries: the high quality and level of details of the images obtained could “revolutionize our understanding of how such sites worked,” says Esther Addley, who covered the news for The Guardian.

Scanned images brought to light the city’s water system’s layout, as well as the positioning of several key buildings. Ground-penetrating radar technology also discovered the presence of a road circling the town, which was probably used as a processional path during religious ceremonies. Experts say that excavation alone was unlikely to uncover it. A bath house, a number of temples, shops and a theatre were all identified, along with a previously unknown type of structure that archaeologists consider a possible vestige of pre-Roman cults.

The project was led by archaeologists from the Universities of Cambridge, in the UK, and Ghent, in Belgium, and is bound to rise the interest of many ancient history’s specialists and aficionados: “If you’re interested in the Roman Empire, cities are absolutely critical because that is how the Roman Empire worked, ” says Cambridge’s professor of classical archaeology Martin Millet.

The discovery, he continues, is crucial because most of what remains of the greatness of Rome came to us in, so to speak, bits and pieces, exception made for sites like Pompeii, Hercolaneum and Stabiae. There is more: ground-penetrating radar technology also allows to get the “greater picture” of a site, that is, it gives a view of its complexity, proportions and integrity in a way that excavation alone cannot do: “You can dig a trench and get little insights, but it’s very difficult to see how they work as a whole. What remote sensing does in enable us to look at very large, complete sites, and to see in detail the structure of those cities without digging a hole,” Millet explains to Addley.

Falerii Novi and its history

But what do we know about Falerii Novi? It is located about 30 miles north of Rome and extends over 30 hectares, which is about half the size of Pompeii. First settlers probably began building around 241 BC and the town survived all the way to the early Middle Ages, in 700 AD.

What makes Falerii Novi’s site so important from an archaeological point of view is that it has never been built over, which means ground-penetrating radar scanning can be carried out more accurately and more quickly.

As mentioned, the two most outstanding features discovered are the town’s water system’s outline and a processional route developing around the town itself. The water system was, according to researchers, very modern and not that different from what we are used to today: it was constructed underneath buildings before they were built, instead of following streets and alleys. This means, Millet explains, that the city was planned very carefully.

The peripheral road along the walls of Falerii Novi was also quite a surprise, especially because it was unlikely to be discovered with traditional digging. Along the road, several religious buildings helped understand its use, which was likely ceremonial.

One of these buildings is of particular interest: reaching 60 meters in length and lined with niches that probably contained either statues or other artistic or architectural features, the temple-like structure is a bit of mystery, because no one really has understood what its use and origins are, yet. Millet believes it may, in fact, be a vestige of pre-Roman people, the Faliscans, and that the Romans simply adapted it to their own cults and religious habits once they conquered the area.