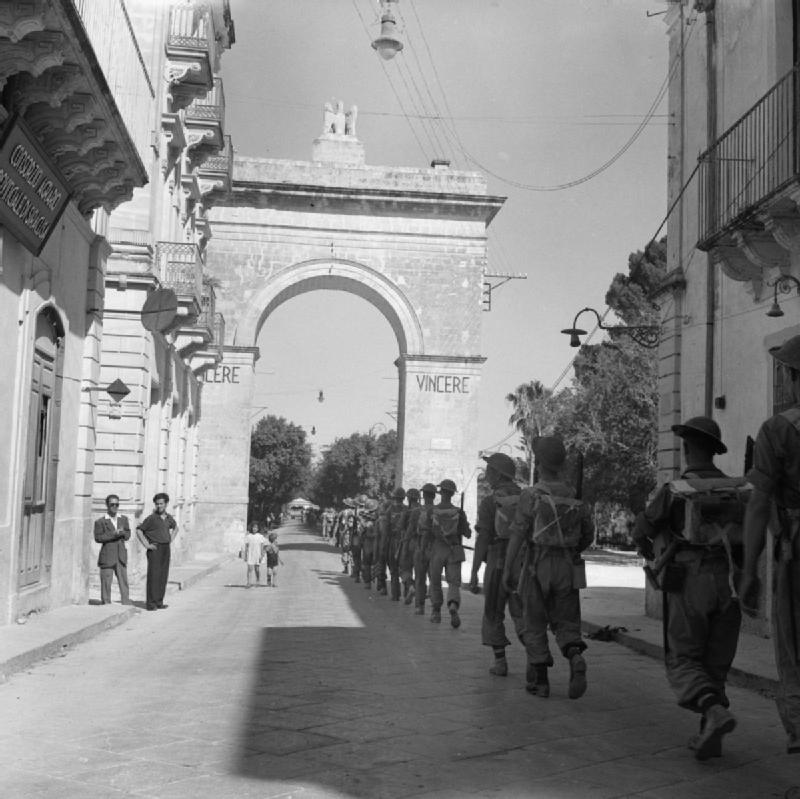 I found the two comments below while browsing news groups – They have quite an interesting point of view and I share their opinion. Mussolini at his peak still did not reach the support of half the population and he knew that entering World War 2 could threaten his grip on power. He entered the conflict after a year, only when he thought Hitler had already won it. I think all the Italians wanted to do at the time was to sit at the winners table ….

Note 1: The Italian Army during the Second World War had a reputation for being cowardly fighters. One of the reasons why the Italians put up such a half-hearted effort during the Socond World War was because the Fascists were never really that popular in Italy. In Italy’s last relatively free and fair election held in 1922 before Mussolini came to power, the Fascists only gained about 5% of the popular vote, compared to some 44% for the Nazis in the federal election held in Germany on March the 5th, 1933. Another factor which partly explains why the Italian war effort during The Second World War was so half-hearted is the traditional hostility between Italians and Germans, especially the Austrian Germans, which had existed since the Middle Ages. At the height of the Italian Empire in early to mid-1941, Libya, Eritrea, Somalia, Ethiopia, British Somalia or Somaliland, Corsica, a part of southeastern France, the Dalmatia, Albania, and a large part of Greece were under Italian control. The reason why the Italians were defeated by the Ethiopians at the Battle of Adowa in 1896 was because the Ethiopians outnumbered the Italians 10 to 1, and because the Ethiopians had purchased rifles, mahine guns, and cannons from the British, French, and Germans. During the Italian wars for reunification fought from 1859-1870 and The First World War, the Italian army on occasions showed remarkable and unexpected bravery, and the same applied with the Italian Partisans during the Second World War in their resistance against Nazi Germany and the Italian Fascist regime.

Note 2: The toughest Italian units died fighting the Russians alongside the Germans on the Eastern Front and the West never engaged them. Italian artillery was regarded as the best in the world, while Italian naval special forces units (frogmen etc) were the best. Besides, America and Britain used the South African army to engage the Italians in Africa rather than run the risk that a large number of Catholic American GIs would switch sides…