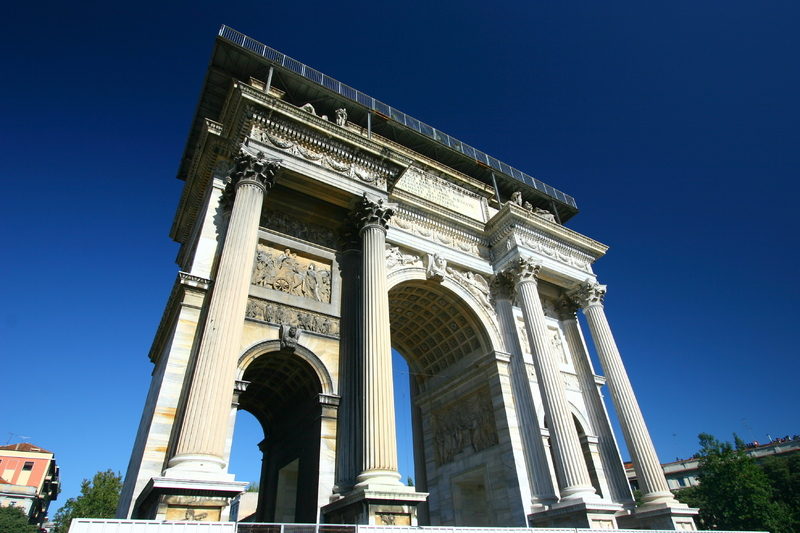 As the Italian Renaissance spread throughout Europe, the next wave of innovation in art, culture and science was emerging. The 17th and the 18th centuries in the history of Italy are considered part of the early modern period. However this period, at least the first half, is often closely associated with the dominant artistic and architectural movement known as Baroque.

This time also was marked by a long foreign domination of Italy in the aftermath of the Italian Wars of the 16th century. After these wars were over, the Italian landscape was peaceful for a long time. The Renaissance in Italy was over by 1600 but Italy still made up a large portion of the European economy. However, the economic power of the country as a whole declined and none of the various Italian states did anything concrete to take advantage of the Industrial Revolution.

From the 14th century until the late 17th century, Italy suffered a very high death toll from various outbreaks of the plague. These are often referred to as Black Death and associated with medieval times; however the plague did not end in the 14th century. The largest death toll had been in the early 1600s when an estimated 1,730,000 people died due to plague in Italy. This was almost 14% of the population of the country at that time. Around 1629, the plague in the northern parts of the country, especially in Venice and Lombardy, experienced very high death tolls. Towards the end of the 16th century almost 50,000 people had died of plague in the city of Venice alone. In 1656 around 300,000 people in Naples, this was half the population of Naples at that time.

Italy as a country had not been influenced much by the Protestant Reformation and the church was still a powerful force within the country. The Catholic Church suppressed much with the use of the inquisition but Italy did contribute to the fields of art and science during this period.

The Renaissance had seen an outburst in the fields of art, music, culture and architecture. After the Council of Trent, a new artistic style emerged from Italy known as Baroque, which is known for its emphasis on emotion and movement. It was a movement designed to attract the senses more than the mind with artists like Caravaggio and Guercino helping to pave the way for a larger European artistic movement.

The Italian Baroque style of both art and architecture is best exemplified in the work of Gian Lorenzo Bernini, which can still be admired among his many works in Rome. Baroque architecture was heavily influenced by classical elements as well as the achievements of the Renaissance. The interior of St. Peter’s Basilica in Rome as well as the impressive colonnades of St. Peter’s Square is the work of Bernini. These elements blend seamlessly into the massive dome, designed by Michelangelo and would inspire further Baroque developments.

The era of Italian Baroque was the birth of opera as a major form of entertainment. Unlike the plays popular up to this time, opera combined music and theatre into a spectacle that was designed to be a feast for the senses. The origins of opera are credited to a Late Renaissance group of poets, musicians and humanist known as the Florentine Camerata.

Although the Catholic Church did much to suppress knowledge that contradicted religious teachings, Italians were still able to make major scientific contributions. In fact Galileo Galilei, the man responsible for essentially creating modern science, had to face the Inquisition for his discoveries.

The powerful Habsburgs of Spain had dominated most of Italy in one form or another from 1559 to 1713. After the War of the Spanish Succession, the control of Italy was mostly under the Habsburgs of Austria from 1713 to 1796. The power of the Pope and the Papal States were reduced in the wake of the religious wars after the Protestant Reformation. The Republic of Venice would linger on until the end of the era, however much of the city’s former power was gone. The House of Savoy, who would eventually become the kings of a unified Italy, became rulers of the Kingdom of Sardinia at this time.

Although there was a period of relative peace during the 17th and 18th centuries, Italy began to stagnate as time went on. Trade routes along the Mediterranean region could not compete with routes to the East and to the New World. The South became a rural backwater of European empires and the possessions in the north did little to take advantage of the Industrial Revolution. In the 18th century the Republic of Venice was a shadow of its former glory, reduced to a playground of Europe’s young and wealthy. As Italy lost its importance economically, its beautiful cities and crumbling ruins became a tourist destination for foreign elite, part of the so-called Grand Tour. The country may have been financially poor, Italy was still culturally rich.

In 1796, the French Army under Napoleon attacked Italy. The main aim for attacking Italy was to force the rulers of Sardinia to abandon the island. Another aim for the attack was for Napoleon to force Austria out of Italy. Within a mere two weeks Victor Amadeus III from Sardinia, who was a puppet ruler under the influence of the First Coalition, was forced to surrender. By 1797 Napoleon and the First Coalition signed the famous Campo Formio Treaty, in which Austria annexed what was left of the Republic of Venice. The treaty also recognized the Cisalpine Republic, a French client state made up of Emilia-Romagna, Lombardy and some parts of Veneto and Tuscany. This was a stepping stone that would see Napoleon eventually conquer the entire Italian peninsula in the early 19th century.