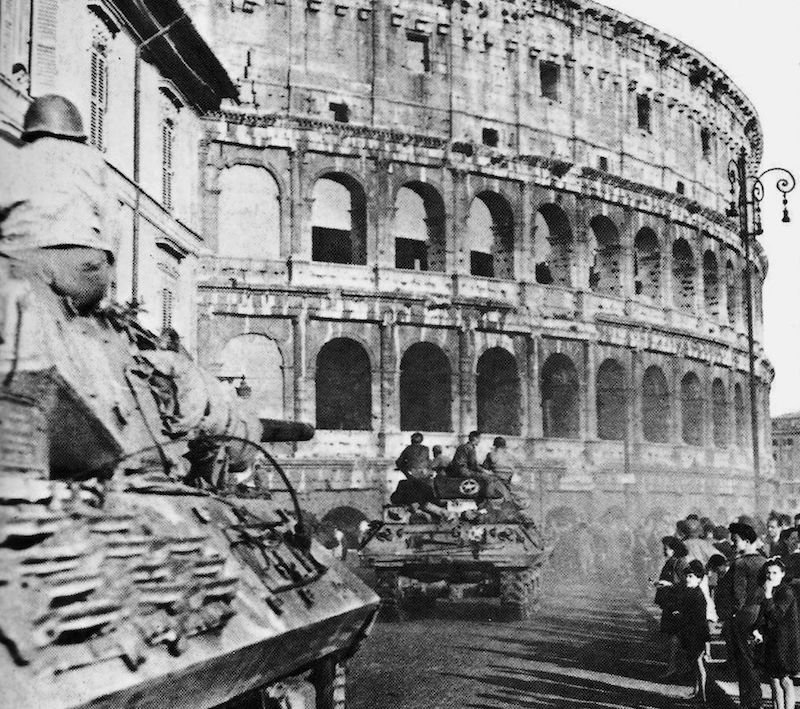 After the Second World War and the defeat of Mussolini’s fascist government, Italy’s history was in the hands of the Christian Democratic system for almost 40 years with the Italian Communist Party acting as the main opposition. This condition continued until the crisis of the Soviet Union, theTangentopoli scandal and mission Mani pulite. This helped improve electoral system with major reformation in the Italian political system, which also includes the closure of the traditional parties.

Towards the end of the Second World War, Victor Emmanuel III the discredited king, tried to bring up the status of the kingdom by nominating his son and the beneficiary of the kingdom, lieutenant general Umberto II and promising to the Italian people that after the war they could choose the type of government they wanted by referendum. During April 1945, the allies became more powerful in the Po plain and defeated the government of the Salo Republic which was a puppet state of Nazi Germany.

The Italian Kingdom was removed by accepted referendum on June 2nd 1946. On January 1, 1948 new foundations were put in place for the new democracy as a new Constitution came into force. Though the referendum basically was an object of detailed discussion due to some contested consequences, and the division that took place among North and South.

The major Italian political parties in 1946 were:

All the parties in the general elections of 1946 had separate candidates, amongst which Christian Democrats won the votes. The other two parties, Italian Socialist Party and Italian Communist Party were given ministerial positions in the Christian Democrat coalition cabinet. Palmiro Togliatti who represented the Italian Communist party was chosen as the minister of Justice. However in France, Maurice Thorez and 4 other communist ministers were required to exit from the Paul Ramadier’s administration in the crisis of May 1947. The Italian Communist and Socialists parties were both disqualified from the government in the same month.

General elections of 1948 were greatly partial having cold war confrontation between the US and the Soviet Union. The US became more alert about the Soviet intentions in February 1948 as communist revolutions took place in Czechoslovakia. The US was worried that the Soviet supported Italian Communist party would represent Italy and that Soviet Union would become powerful and win the elections.

As an answer, the national security of the United States issued their first document suggesting avoiding such results which were extensively vigorously implemented. Over 10 million letters were sent by Italian Americans advising Italians not to vote for communists. The US agencies warned and publicized the apparent consequences of the communist victory through various radio broadcasts, publishing of books and articles to the Italian people. The centre-right political parties were funded by the CIA and was accused of publishing fake letters in order to remove the leaders of the Italian Communist party, the Italian communist party was accused of being supported by Moscow and especially through the export deals to communist countries.

Worries among Italian voters about the possible Communist takeover proved vital electoral results on April 18th. Under the undisputed leadership of Alcide De Gasperi, the Christian Democrats won the elections with a resounding 48 percent of votes while the Popular Democratic Front received only 31 percent of votes. The Communist party did well against the Socialist party during the distribution of seats in the assembly. They gained a solid place as a chief opposition party in Italy. The Communist party would never get back to government, however they became a part of the government assembly majority in the 1970s. The Christian Democrats successfully won the elections for more than four decades.

In the peace treaty of 1947, few adjustments were made at the Italian and France border. The border area on the east was given to Yugoslavia and the region around Trieste was announced as a free territory. The free territory which was under the jurisdiction of UK and US forces was divided among Yugoslavia and Italy, mainly zonal boundaries. Italy lost its imposing pre-war empire, except Somalia which was under the UN trusteeship ending in 1960.

The Italian industry (in particular iron and steel) was severly damaged during the war. Agriculture had also greatly suffered, in particular in Central Italy. Big parts of the railroads and harbors had been destroyed. Many Italian cities had been bombed. After the war, unemployement rates rose and the value of the “lira”, the Italian currency, collapsed; in one year, from 1945 to 1946, the cost of goods doubled; the cost of life was 20 times higher than in 1938. The recovery was slow, the transition to a “peace” industry was difficult and there were no commodities. The food rationing brought to the diffusion of the black market. In 1948 started the Marshall Plan, the American funds directed to help the Italian economy, but its effects could only be seen from 1953 onwards.

During the war, half of the Italian soldiers had been taken prisoners and were held in laboro camps. It took them some time to go back to their families, and the welcome was not always warm. The men asked the factories to fire the women that had been hired while they were on the battle ground. The friction between those who supported the fascist government and the partisans was not completely solved. It was a time of social and political tension.

The wind of change that followed the end of the war and the wish of restarting from anew, involved the birth of a new artistic movement, the neo-realism. It was particularly vivid in the cinema, with movies showing the daily difficulties of the poor and the working class, using non-professional actors. Luchino Visconti, Roberto Rossellini and Vittorio De Sica are the main directors of this movement in the cinema industry. In literature, the movement was embraced by Alberto Moravia, Ignazio Silone, Cesare Pavese, Vasco Pratolini.

An excerpt from Paisà, by Roberto Rossellini:

Ladri di biciclette (Bicycle Thieves – 1948) is another movie that entered the history of Italian cinema. It’s the story of an unemplyed man that got a job as posting advertising bills, a job that he desperately needs to sustain his family. His bikes, necessary for this job, is stolen and he plans to steal one himself (as he has no money to buy a new one). Here is the final scene of the movie:

After the war, restarting was difficult. Italy’s towns and people had to be completely rebuilt, physically and socially. But eventually Italy got back into its feet and became one of the strongest democracies of the world.