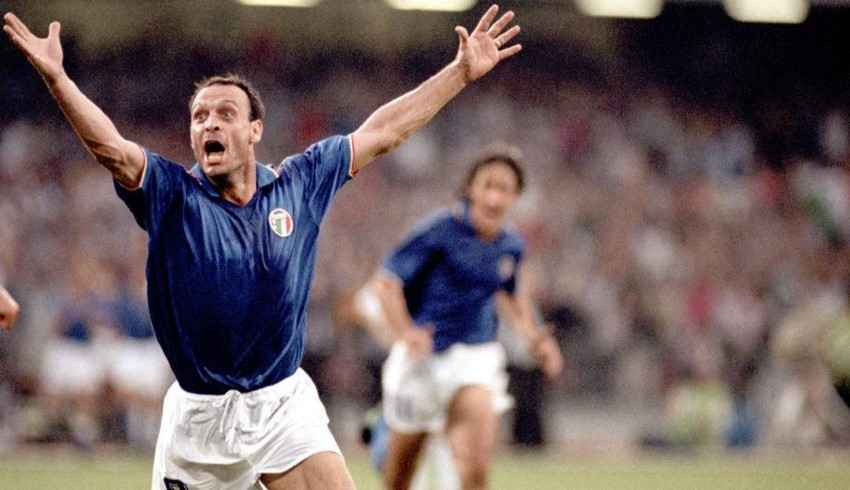 The 1990s in Italy were very different compared to the previous decades. Let’s see how, and what major events in the 1990s took place in Italy.

Like in many other parts of the world, the 80s were a time of fun, excess, and luxury in Italy. The latter part of the 1980s topped the seemingly unlimited economical growth of the country and marked the apparent transformation of Italy from an agricultural country to one based on modern industry and service.

In those years, Milan affirmed itself as the social and economical capital of Italy. With all the designers, artists, and fashion gurus congregating in the city to open stores and galleries. After a famous TV spot aired, the city even became known as Milano da Bere, the Italian capital of the aperitif ritual.

When, in the early 1990s, the Mani Pulite (“Clean Hands”) operation started uncovering a web of corruption rooted in the city, it was a shock for the entire country. The moral crisis that ensued, coupled with the beginning of an impending economic one. This made the 90s a largely depressing decade for many Italians. This was one of the major events in the 1990s in Italy.

The early distraction of the 1990 FIFA World Cup, played in Italy’s major cities in the summer of 1990, was an intense, but short burst of positivity. Italy, which had won the championship in the previous decade, now only made it to third place in the Football World Cup.

Another huge change to Italy during the 1990s was the proliferation of internet connections and computers. As with the rest of the world, the introduction of the internet to daily life shifted everything, and many began creating an economic system based on web businesses.

Italy found itself moving away from the domestic terrorist attacks that dominated the 1970s and 1980s Italy. The new challenge was facing the Second Republic and the Mani Pulite investigations, as well as gruesome attacks from the Mafia in Sicily.

From 1992 up until 1997 Italy faced many challenges, as voters became disillusioned with the country’s many political problems, including government debt and the high level of corruption and crime. These years included some of the most challenging major events in the 1990s in Italy.

Organized crime has always been a major problem in Italy! In the 90s it became clearer than ever that it had a massive influence on the way Italy functioned. This corruption became known as Tangentopoli and was brought to light by the Mani Pulite operation.

Mani Pulite unearthed many scandals that included almost all of the country’s main political parties, although it focused on those who had been part of the government coalition from 1992 to 1994.

Marred by scandal the DC Party (Democrazia Cristiana), one of Italy’s historical parties was eventually dissolved. Its members divided into various other parties, which included the Christian Democratic Center and the Italian People’s Party. As scandals were revealed, Italians demanded ethical, economic, and political reforms.

The protests that followed these scandals focused on making changes to Italy’s political landscape. Many scholars and historians call this phase the Second Republic although, in retrospect, not many changes were made.

In 1993, Italians were called to vote in two referendums to decide on major changes, including measures such as introducing an additional member system and the abolition of some ministries.

Not all changes demanded by the Italian electorate were introduced and even when they were, they were often only fictitious. Many of the parties abolished by popular demand resurfaced, with the same members and the same habits, only with a different name.

In late 1993 a coalition of left-wing parties appeared to have won about 40% of the votes. This giving them a majority under the new electoral system and the right decided it was time to move.

The well-known Movimento Sociale Italiano (a party of right-wing ideology) changed its name to Alleanza Nazionale. They have also modified their symbol. Its president was Gianfranco Fini. This new right-wing party attracted many a member from defunct political groups, such as the Democrazia Cristiana.

This restructured party managed to pull in a large number of Catholic voters in the central and southern areas of Italy.

The Lega Nord movement also found increased support in the 1990s, however, it was only present in about one-third of the country. So they only ended up receiving about 16% of the votes. In the early 90s, Umberto Bossi was the party’s secretary and had large support from northern conservatives.

Following this resurgence of the left, billionaire media baron Silvio Berlusconi decided to start his own party to take back some of the votes the left-wing had won. Only months before the 1994 elections Berlusconi’s new party, Forza Italia, was launched. Silvio Berlusconi’s campaign was very effective, mainly due to his access to advertisements and advanced communication techniques and methods.

Before the 1994 elections in Italy

The Christian Democracy, or whatever was left of it by 1994, formed a party with Mario Segni as their candidate for Prime Minister. In the elections that followed, major turnovers were seen as voters chose new blood over old. Out of the 630 deputies elected 450 were first-timers, while 213 of the 315 senators elected were entering the public office for the first time.

The 1994 elections in Italy

The 1994 elections brought many changes to Italy. Silvio Berlusconi was elected Prime Minister, but he was forced to step down when the Lega Nord withdrew support to the majority coalition. Lamberto Dini became then Prime Minister, a position he held until 1996.

The 1996 elections in Italy

From 1996 until the beginning of the new century many center-left coalition governments dominated the Italian political landscape. In April of 1996, the national elections chose a left-wing coalition led by Romano Prodi. The coalition, called L’Ulivo (the Olive Tree) included the Partito Popolare Italiano, the Partito Democratico della Sinistra (PDS) and a few smaller political groups. Prodi’s government was to become the third-longest surviving government in the country! However, in 1998 he lost the vote of confidence by a margin of just three votes.

Ciampi had previously been the Minister of the Treasury and the governor of the Bank of Italy. At the time, the government was lead by Massimo D’Alema, of the Democratici della Sinistra. Then, after a poor showing in the 2000 elections, D’Alema resigned. Giuliano Amato, who had been Prime Minister before in 1992, headed the winning government despite his earlier claim he would not return to politics.

The 1990s will also be remembered for the continuation of Italy’s war against the mafia. Since the mid to late eighties, two figures above others had embodied the ideas of integrity, morality, and ethics in opposition to organized crime in the country.

They were Giovanni Falcone and Paolo Borsellino. These two were also killed by the mafia less than 8 weeks apart. Since the murder of General Carlo Alberto Dalla Chiesa Italy didn’t feel such an intense wave of disgust and rejection towards organized crime. Also against the people within the political world who silently supported this. Falcone and Borsellino, martyrs of the State even before being Mafia victims, still represent to Italians all that is righteous in this country! Faith in law, strength, integrity, and ultimately, the will to sacrifice themselves while fighting. These were the major events in the 1990s in Italy.