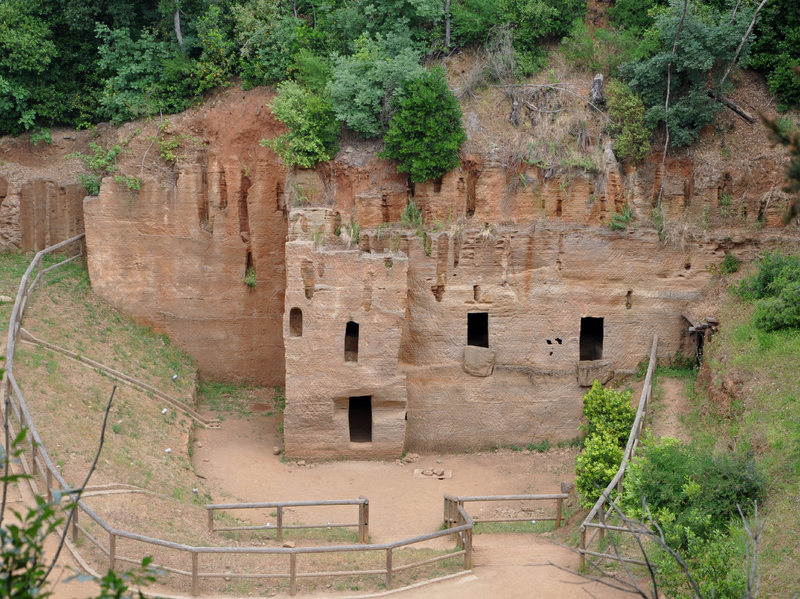 Originally settled in what is Tuscany today, the Etruscans were one of the most important civilizations in ancient Italy. The name Etrusci was given to the civilization by the Romans, and it was from this name that Tuscany’s name eventually derived.

The Etruscans existed in Italy before the founding of Rome and, although the exact date of their origin is unclear, it is known that they were a people with their own unique language. During the peak of Etruscan power, around the time Rome was founded, the civilization spread to different regions from Etruria (that included today’s Tuscany, Western Umbria and Northern Lazio) to Campania. There is evidence to suggest that the very area where Rome was to be founded had been also under Etuscan influence.

Based on archeological remains and information gathered over the centuries it is believed that the Etruscan civilization developed sometime after 800 BC and did not lose its hold on the area until after 500 BC. The debate as to whether it was the Etruscans who influenced the Romans or vice versa still rages and, without more information, an answer remains unclear.

History of the Civilization

Etruscans settlements were mainly on top of steep hills (see for example Volterra or Orvieto) and were known to be surrounded by walls and fortifications. According to popular mythology, when Rome was founded by Romulus and Remus it was done on the Palantine Hill according to Etruscan tradition. Unfortunately, when Rome was attacked by the Gauls in 390 BC much of its written records were destroyed so little is actually known about the city before that time.

Etruscan society was organized in city-states, some of which still exist today: Volterra, Orvieto, Arezzo, Populonia (that boasts one of the best preserved necropolis of Etruscan time), Terracinia, Tarquinia, Perugia, Cerveteri, Chiusi, Crotona, Veio (some of its ruins can be seen in Isola Farnese, about 9 miles north of Rome), Vetulonia (part of today’s Castiglione della Pescaia), Fiesole, Vulci (today part of the town of Montalto di Castro in Lazio), Volsinii (destroyed by the Romans in 264 BC).

Terracotta figures and sculptures were among the most common Etruscan art forms. These figures were often found in temples and sarcophagi.

Wall paintings, metal work, bronze work and engraved mirrors made from bronze have also been found.. The Etruscans deeply believed in the after life and their art was closely tied to both their religion and day-to-day life. Etruscan art work also features musical instruments like lyre, khitara, crotales and tympanum.

The various Etruscan tombs discovered in Italy over the years have provided a wealth of information. Several elaborate tombs appear to have been built for entire families rather than an individual.

The aristocratic family during the Etruscan age was considered to be a fixed institution similar to the Roman gens. The growth of the aristocratic class was mainly due to the accumulation of wealth through commerce and trade, especially in the richest Etruscan cities along the coast. The Etruscans were also known to be extremely supportive of monogamy and couple pairings are highly emphasized in their art. The depiction of women in Etruscan art, often in naked embraces, is thought to be connected with their spiritual beliefs and a symbol used to ward off evil.

Unlike women in Greek and Roman societies, it appears that Etruscan women had a lot of freedom, which might have been misunderstood by the other two civilizations. The Etruscans were also known for believing in the importance of the equality given to women within their society.

Evidence would suggest that the Etruscans heavily influenced the ancient Romans and it is certain that they are one of the most important civilizations to have ever existed on the land that is modern day Italy.