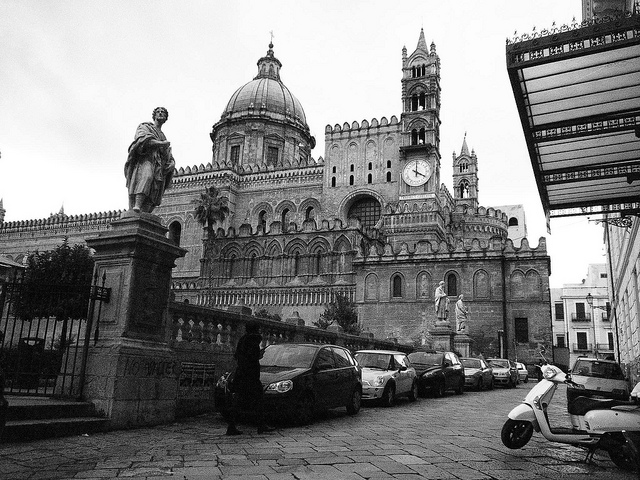 In the time following the end of the Western Roman Empire known popularly as the Dark Ages, medieval Italy faced great hardship due to the political and military struggles among the Byzantines, the Lombards, the Franks, along with a visible collapse of the Mediterranean trade. So how was life in the Middle Ages in Italy?

Towns of early medieval Italy consisted of basic houses, in the gardens of which town dwellers would grow their own food. However, as the Dark Ages wore on, Italy emerged as a key player in the new flourishing of citizens across Europe. The centuries that cover this period, between the Dark Ages and the Renaissance, are known as the High Middle Ages and portray the quintessential image of medieval Italy.

The end of the Dark Ages in Italy

In the 11th century trade gradually rose particularly on the seas, where the four cities of Amalfi, Pisa, Genoa, and Venice became major trading poles. Papal authority increased and the diatribes between the Holy See and the Emperor over power began.

The Norman conquest of Southern Italy concluded nearly six hundred years of Lombard and Byzantine rule over the area, and also marked the end of ruling for a series of independent cities. The Normans then set their sights on Muslim Sicily and began the Christian reconquest of the island thanks to the action of Robert Guiscard and his brother Roger, who gained power over Messina. The conquest of Sicily was long and difficult, and it would only end well into the 12th century.

Life in the Middle Ages in Italy – 12th century

In the twelfth-century in Italy, the Normans continue their conquests under powerful leaders such as Roger I and Roger II of Sicily. It was Roger II who consolidated all the Norman territories into the new Kingdom of Sicily, by making himself the first king of Sicily.

The assumption of such power was approved neither by the Pope nor by local people. With the Pope’s death, Roger helped to elect an Antipope who, in exchange, crowned him King of Sicily in 1130. Shortly thereafter, the official Pope, backed by Imperial armies, began a campaign to conquest Southern Italy. After a series of bloody battles, the Normans were eventually accepted as the rulers of the South of Italy by Pope Innocent II.

After the death of Roger II, Emperor Manuel I Komnenos made an attempt to regain the lands taken by the Normans in 1155. Generals Michael Palaeologus and John Doukas, along with a Byzantine army and a hefty amount of gold, attacked Apulia trying to take advantage of the untested new King, William. How does the story continue in Italy in the middle ages?

During the 12th century, the Italian cities belonging to the Holy Roman Empire put a collective effort to gain their independence. Their eventual success was to set the political panorama of Northern Italy up to the 19th century.  These fights were funded by the Byzantine Empire, which desired to end for good German domination upon the Italian peninsula.

If you’re interested to see how life truly was for people at the time of the Norman conquest, classic movies Brancaleone and Brancaleone alle crociate by Mario Monicelli are a good place to start! Monicelli did quite a bit of research before producing the movies and the characters are respecting historical facts pretty well. The language used is not, indeed, modern Italian, but an Italian vernacular very close to what was used at the time.

The 13th Century in Italy

During the thirteenths century, many parts of Europe were experiencing good economic growth. Trade routes, on both land and sea, linked Italy’s Mediterranean ports to the Hanseatic League of Germany and other trade networks in Europe.

During this period, the Italian city-states widely expanded and grew in terms of power, to the point of eventually becoming fully independent from the Holy Roman Empire. Apart from Naples, all other city-states had managed to remain independent from a foreign power. It was in this period that new infrastructures and commerce methods developed, along with seminal institutions and concepts of modern life, like banks and exchange markets. This is when life in the middle ages of Italy started to greatly improve!

Italy in the Middle Ages – the 14th century

During the fourteenth century, Italy experienced a series of natural catastrophes, causing the economy to experience a setback. This, in fact, happened a bit everywhere in Europe. Geologists named this period Little Ice Age: it caused profound climatic instability which had as a consequence a severe decline of agricultural output and a rise of epidemics and famine.

The war between France and England disrupted trade in many parts of North-Western Europe, mainly in 1345. However, the most devastating event of all was the infamous Black Death, the bubonic plague, which decimated the Italian and European population.