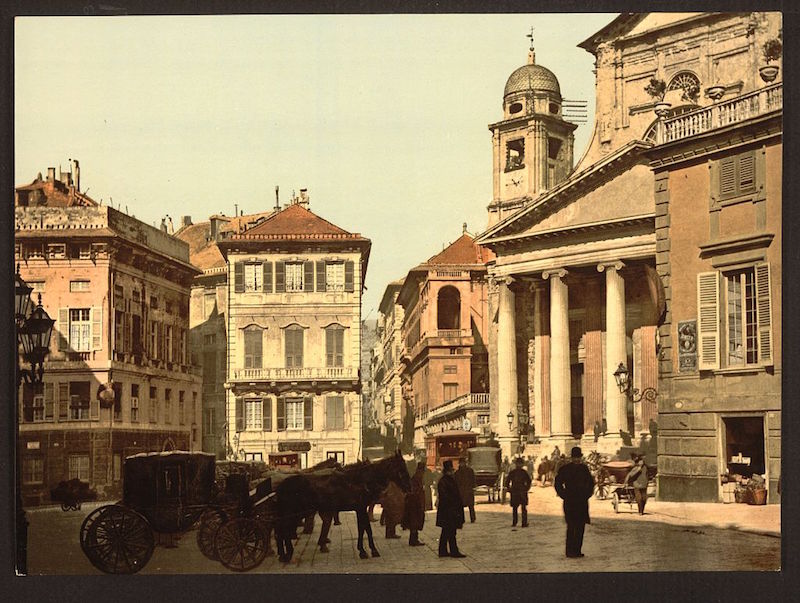 The 19th century was a time of great change for Italy, as the modern world emerged, so it’s natural to wonder how was life in  Italy during  the  19th century. The most prominent events of this time revolve around the rise of the Italian unification movement. Known as the Risorgimento, it was the social and political process that eventually succeeded in the unification of many different states into the modern nation of Italy.

The exact dates of the beginning and end of the Risorgimento are unclear, but scholars believe it began at the end of the Napoleonic era, with the Congress of Vienna, in 1815. The process of Italian unification ended with the Franco–Prussian War in 1871.

History of Italy in the 19th Century

The Beginnings of Unification

In the late eighteenth century, intellectual and social changes were taking place in Italy, questioning traditional values and beliefs. Liberal ideas from other countries, mostly Britain and France, spread rapidly through the peninsula.

The First War for the Italian Independence began with protests in Lombardy and revolts in Sicily. This resulted in four Italian republics creating constitutions in 1848. Pope Pius IX fled Rome and the Roman Republic was then proclaimed upon the arrival of Garibaldi. When Mazzini arrived in Rome, in March 1849, he was appointed Chief Minister of the new Republic.

In the meanwhile, King Charles Albert of Piedmont-Sardinia joined the war and attempted to drive the Austrians out of the country. It looked like independence for Italy was near, but the Austrians eventually managed to successfully defeat Charles Albert in the battle of Novara in 1849, slowing the country’s run towards independence. King Victor Emmanuel II would succeed his father after the battle and would later become the first King of Italy.

Count Camillo Benso di Cavour was to become the prime minister of the Kingdom of Piedmont-Sardinia in 1852. It was only because of the count’s leadership and policies that the unification of Italy was possible.

Two years later, thanks to the troups of Giuseppe Garibaldi, the peninsula was unified under the Savoy crown. Turin became the first capital of the Kingdom of Italy; Rome was not the become part of it until 1870.

Society in the 19th century

The Italians of the Risorgimento

In many ways, the roots of several well known aspects of Italian culture find their origin in the 19th century. The land, the food and the people were all shaped by warfare, struggle and the desire for independence. Most of the men who fought for freedom during this period were peasants, seeking a chance for something better. Northern Italy, mostly under direct influence of Austria and the House of Savoy saw the emergence of industry; however life was hard for most Italians, who remained poor.

Southern Italy fared worse than the North: neglect and the oppression of wealthy European landlords who exploited local peasants to tend their lands, created the basis for the later Mafia organizations.

However, it is often through strife that humans are their most creative. This is most evident in the foods of Italy.

The struggles of the 19th century saw the introduction of many of our favorite Italian foods. Greedy landowners of Northern Italy, decided long ago to feed their workers with cornmeal, which by now was to the North what pasta was to the South. Poverty made tomatoes, once thought poisonous, a staple of Southern Italian cooking. Pasta, already stable part of a typical southern kitchen, would never be the same.

In all areas of the country various wild plants, considered weeds by many, were incorporated into foods in times of want. However, as the 19th century went on, these traditional foods of the poor, became common among all classes.

Some, like the Pizza Margherita, became symbols of the newly created Kingdom of Italy. In 1891, Pellegrino Artusi, at age 71, completed the first Italian food cookbook.

Life in Italy during the  19th  century: c Italian Art

Italian music in the 19th century

The 19th century was the time of romantic opera, first initiated by the works of Gioacchino Rossini. However Italian music of the time of the Risorgimento was dominated by Giuseppe Verdi, one of the most influential opera composers of all times. Although modern scholarship has reduced his actual role in the reunificaiton movement, for all intents and purposes, the style of Verdi’s works lends itself to being the soundtrack to Risorgimento.

Toward the end of the 1800 ‘popular’ Italian music start appearing – The worldwide known ‘O Sole mio‘ was written in 1898.

Pictures of Life in Italy in the 19th century

Cynthia
I would go on a online service life Fiverr or similar and see who can speak both languages and can do the translation.
Paolo

I have a journal written by an ancestor in 1786 -1830ish. It is in French and Italian. I want very badly to have it translated. The ancestor was a Waldensian and named Ribetto (which morphed into Ribet).
Any suggestions?

Yes, the original spelling of our name was GUASCONI, according to Giovanni’s marriage certificate his father, Erminigildo was a farmer. Do you know if it is any easier to get birth certificates in Italy now? and where would I start as I don’t speak the language. All I have to go on is his parents names and that he was born in Genoa Piedmont. Pretty vague I know.

Hello Phillip, no Guascoine doesn’t sound Italian, it must be French. Probably because of the links with France that you mention.

I am told that the spelling of our surname is also French. My Great Great Grandfather, Giovanni Battista Guasconi migrated to Australia in 1856. He married an Irish girl in 1869. On his marriage certificate it says he was born in Genoa Piedmont. The French did rule that part of Italy in earlier times. From what I can read there were crop failures and a lot of the northern Italian residents used to travel over the border into Switzerland but that was stopped with the closing of the border so there was no income. Also trade within the states on Italy was very low.

I am curious why my family has French DNA and no Italian. My family came from Castiglione Chiavarese in Liguria Genoa. I know the French took that area at one time. My family were farmers. My grandfather left Italy in 1885. My grandmother’s family was already in California. I read that there was a blight in the vineyards at that time. I am wondering if they left because they were of French descent? Maybe they left because their crops were failing? Our name is Antonini, so if we are French that is puzzling.

Hello Angie!
I did a little research on google, and couldn’t find much info. It looks like cholera outbreak was a bit later in Campania, from 1835 to 1836, but in 1830-31 there was a worldwide epidemic and pandemic influenza. That might have been the cause. Also consider that at the time the mortality rate for children was really high. My grandparents one century later were already working at the age of 6, so at the time there probably were no age limits for a “bracciante” working in the fields. I would say that from the age of 6 one children were eligible for work.

My ancestors had three children die in the month of March in 1831 in Camigliano. How can I found out if there was an influenza or cholera outbreak at that time? I can’t find an age for these children, but they were listed as bracciale. At what age would children start working in the fields?

I am researching for a novel and hope you can provide answers to a few questions. The setting is pre-WWII in Emilia, south of Modena in a rural area. The character is a landowner, owner of a large casa in a small town. I assume electricity would be possible. Also that the very rich might have a telephone but not many others would. How might the casa be heated? Money would be no object.Would it be possible to have a kerosene-fed stove (I picture a large ceramic one). I will appreciate any insight you can provide. Grazie.