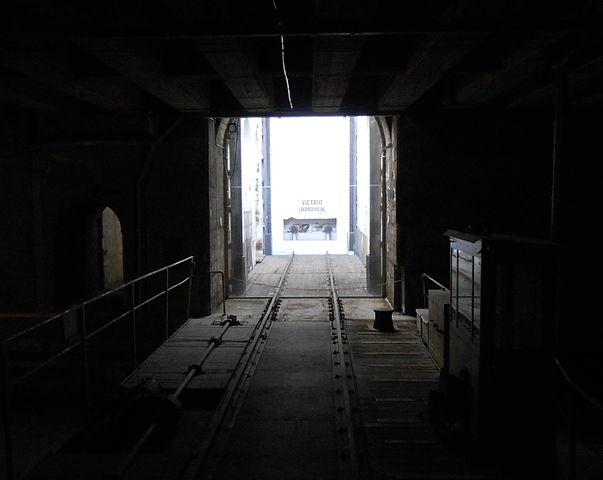 The tragedy of the Holocaust in Italy had smaller proportions than in other countries in Europe, as we discussed in our article dedicated to the Italian Jewish community during the Fascist era. However, it touched the lives of  thousands of people and changed the history of the Jewish community in the country: well integrated, especially after it became one united country in 1861, the Jewish people of Italy had supported fights for independence and, after the unification, its members became full citizens, a fact very much uncommon at the time in Europe.

Even if the community had to endure severe limitations, violence and harassment after Mussolini signed Italy’s Racial Laws in 1938, true tragedy began years later with the fall of the Fascist regime, in 1943, when the Nazis occupied the northern part of the country. It is then than the Shoah and mass deportations, mostly towards Auschwitz, truly started in Italy.

There is one place that, especially in recent years, has come to signify and represent the sacrifice of Italian Jews during the War, the very place from which deportation trains left the country for their final destination: Milano Stazione Centrale’s Binario 21.

The History of Binario 21

The area today known as Memoriale della Shoah di Milano (Binario 21) is located in an underground area of Milan’s Stazione Centrale, the city main train station. Originally, the section was used for the loading and unloading of freight trains, but between 1943 and 1945 it became for hundreds the starting point of a tragic trip towards death.

People were forced unto freight carriages that were then lifted on the rails above, where they would begin their voyage towards Auschwitz-Birkenau, Bergen Belsen, as well as Italy’s own concetration camps in Bolzano and Fossoli. Not only Jewish prisoners called Binario 21 the beginning of the end: many deported for political reasons left Italy from here, towards Mathausen or other Italian camps.

The figure of Liliana Segre

On the 30th of January 1944, among  the people waiting for their fate to happen, there was a young, thirteen year old girl, Liliana Segre. Herself and her father were deported to Auschwitz that day, but only Liliana came back: she was lucky, as of the 605 people who were forced onto the train that morning, only 22 came back home. Segre became a relevant figure of the Italian effort to remember and honour the victims of the Shoah, even if for decades she refused to talk about her suffering. Her testimony today represents yet another sorrowful tassel in the literature of memory that so much has done to keep alive the tragedy of the Shoah and of the Second World War in general among the younger generations.

Liliana Segre speaks about the Shoah in Turin, in 2016

In 2002, the Associazione Figli della Shoah (the Children of the Shoah Association), the Milan Jewish community, the Fondazione Centro Documentazione Ebraica Contemporanea (the Centre for Contemporary Jewish Historical Documentation), various Jewish communities all over Italy and the Comunità di Sant’Egidio, a Catholic lay association, decided it was time to  put the abandoned tracks of the Stazione Centrale to the service of history and remembrance.

The initial idea was to create a museum, but soon the project took up a different, wider shape: creators felt the necessity to transform the area not only in a place where the horror of the Shoah could be witnessed and remembered through photos, objects and artefacts, but also into a place where human conscience could take full awareness of the tragedy, turning history into a factual teaching to carry within.

Remebrance, memory and awareness: these are the key words behind the Memoriale’s creation.

There is more: of all the rail lines and areas in Europe where deportations used to start, Binario 21 is the only one that survived bombings and reconstructions. It is the only one still extant, which makes it an immense historical patrimony, too.

In 2007, the Fondazione Memoriale della Shoah di Milano was born and the project for the creation of the memorial was presented one year later. Construction works began in 2010 and were concluded in 2013, with the opening of the area dedicated to the people who, here, saw the skies of Italy for the last time. This is the central part of the project, where visitors can read the names of all the deported, learn about their lives and that of the Italian Jewish community during war thanks to a series of interactive video stations.

The infamous rail track 21 and its lift, through which freight carriages filled with people were carried to the main area of the station, are viewable in all their painful starkness.

The central, most poignant section of the memorial, that with the actual rail tracks, the names of the people who left for the extermination camps and several interactive areas to view videos and photos, is open to the public, but the project is still under development. The Memoriale della Shoah of Milan wants to become a true hub for learning and creating awareness about the Holocaust in Italy, through all communication means available: books, with the creation of a library and a research area; images and first hand accounts, with that of a large auditorium; testimonies, with a permanent installation of documents, photos and objects.

Remembering the tragedy through Italian words

The temporal closeness of the Second World War to us meant that, up to relatively a short time ago, first hand witnesses, the people who lived and fought the war, kept alive the memory of those years. Yet, nature must take its course, and today only a handful of them are still here to speak.

More than ever, then, for the Shoah as for the tragedy of the war as whole, written and visual accounts of their experiences are essetial to keep awareness alive and make sure history with its teaching remains vibrantly present in the future generations’ minds.

Here is a list of publications you can check out to read about the Shoah from an Italian perspective: