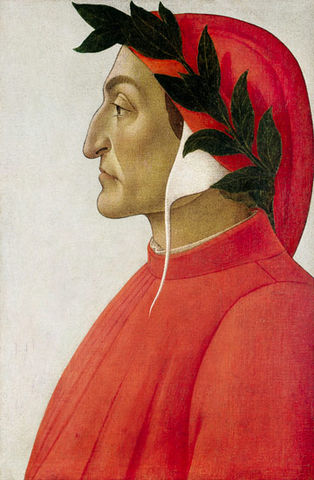 A while back I was on the website of one of my favorite history magazines, when I came across a very interesting article about the Italian language and its history. I did a good deal of linguistics and philology in my university years, so many of the historical considerations made were not new to me, but – I admit it – I did learn something I didn’t know here and there.

I decided to develop the topic of that article here for our readers (here’s the original in Italian, entitled 10+1 Cosa che (Forse) non Sai sull’Italiano as I thought we, often, consider languages only as a means of communication and forget about all that lies behind it: their history, their evolution, the way people speak them, all things that help know an idiom closely and with a different perspective.

Read on if you wish to know something more about a language you may have thought to learn, but never quite considered under this point of view!

A bit of background

Italian is spoken by 63 million people and it’s considered the 21st most spoken language in the world. It’s official language in Italy, San Marino, Vatican City, Switzerland, Slovenia, Croatia and Eritrea and, in spite of being less common than other idioms, it’s rightly thought of as one of the most relevant, especially for its cultural value. Moreover, its speakers increase in number  when considering all those having Italian as a second language: of course, this includes the large number of Italian-Americans all over the US.

Where does Italian come from?

Easy-peasy: of course, Italian comes from Latin, which we still study in high school in Italy today (although not as much as 20 years ago, when I was myself in school). However, Italian didn’t bloom off the Latin Italian teenagers learn in the classroom, but rather off what linguists call “vulgar latin,” where vulgar doesn’t have the derogatory meaning we give to the word today. The adjective comes from the latin noun “vulgus,” people, and simply refers to the variety of Latin commonly spoken by people, in particular to that used by soldiers, farmers and the inhabitants of the Empire’s colonies.

Here, vulgar Latin came in contact with local idioms and later, with the Barbaric invasions of the Empire, it was also influenced by those of the Franks, the Lombards and the Goths. The use of Italian in its written form is first attested in the Placito Capuano, which was still, however, almost completely written in Latin. The Placito Capuano dates back to 960 AD. However, an even earlier example of written Italian, probably dating between the 6th and the 9th century AD,  can be found on the walls of the Catacombs of Commodilla, in Rome. It was an invitation not to speak loudly.

The first piece of literature composed in volgare Italiano (so we called this early variety of Italian) is the Cantico delle Creature composed by Italy’s own patron saint, Saint Francis of Assisi, in 1226. A few decades later, Dante Alighieri was to declare the importance of “volgare Italiano” as a language fit to write and discuss even the highest of topics, something only Latin was used for at the time. Dante did explain his point in one of his best known texts in Latin, the De Vulgari Eloquentia, which literally translates as “about the vulgar language.”

Every language, English included, has several varieties, depending on the geographical area where it’s spoken, or the specific socio-cultural connotations of the people speaking it. Italian, if possible, shows it even more through the wide diffusion of its dialects.

Dialects and languages are two different linguistic entities: dialects are usually spoken in smaller areas than languages and tend to depend, both linguistically and culturally, on one or more languages. In Italy, every region has a dialect and every dialect has several varieties; depending on geographical area and socio-cultural extraction, many speak their dialect more fluently than Italian, with dialectal inflections and structures heavily influencing it. Linguists define this forms of spurious Italian Italiano popolare, popular Italian, and see it as a the language of those who’ve acquired Italian imperfectly.

Some dialects are spoken by such a large amount of people to be defined lingue territoriali, territorial languages: Neapolitan (5.7 million) and Sicilian (4.7 million) are the most spoken.

Beside standard Italian, dialects and Italiano popolare we have colloquial Italian, or neo-standard Italian. Just like colloquial English, this type of Italian is mostly spoken and doesn’t always follow syntax and grammar properly. In the 1960s, legendary author and movie director PierPaolo Pasolini had already considered the possibility of creating a new, simplified version of the Italian language (neoitaliano), free from Latin loans and rich in newly acquired vocabulary.

However, modern linguists are not particularly keen on the idea of giving official status to neo-standard Italian: according to them, the heavy simplification of its syntax and grammar, as well as the wide acceptance of it as linguistic standard also in situations where it should not be used, endangers the purity of the language, creating what linguist Francesco Bruni calls Italiano Selvaggio (wild Italian).

Is Italian difficult to learn for foreigners?

This is an interesting question: according to the BBC, some aspect of the language may seem initially difficult, but learning some basic rules should guarantee the acquisition of enough Italian to get by. However, the way we acquire a second language depends on so many factors it’s hard to clearly answer the question: Italian is a romance language, which means it may be easier to learn for people speaking another idiom deriving from Latin. At the same time, individual predixposition to linguistic acquisition may play an even heavier role on how quickly and how proficiently we learn it.

…And here our quick trip into the history and secrets of the Italian language ends. Hopefully it tickled your curiosity enough to read more about our fascinating language and, who knows, maybe even to pick it up and learn it, in which case, don’t forget to check out our section about Italian learning!