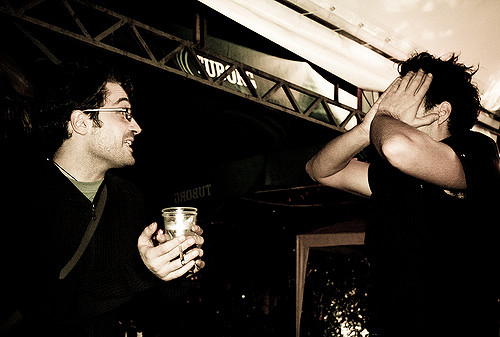 We all know that Italians speak with their hands. Every country has distinct habits and cultural elements that make it unique  and, when it comes to Il Belpaese, hand gestures  are certainly among  them.

When Italy is concerned, cultural behavior varies based on territory. Italians are quite famous for being effusive talkers, keen on speaking with their hands to underline their expressions and thoughts. Even these, though, can change depending on which part of the country we are in: accent, tone of voice and gestures can all vary depending on which part of Italy you are visiting.

If you go to Italy, be prepared to find differences in the way people communicate depending on their area of origin. For instance, most Northeners speak slower and in lower tones in comparison to their louder, Southern counterparts. Despite these differences, Italians in general are known for their particular way of communicating and interacting, something that is particularly true in the South. While in Italy, don’t be alarmed if you notice people waving their hands and exchanging vigorous hand gestures while speaking to one another: these are just examples of classic Italian non-verbal communication.

But why do Italians like using their hands when speaking so much?

Italians speak with their hands: the world of Italian communication

Linda Falcone, an author and teacher, years ago wrote that Italians speak with their hands because they are all, in their quintessential nature, artists. They need to create, with their hands, to paint, sculpt, draw and when they do not canvas and brushes, marble and chisel, they mold air with their fingers. It is a poetical image, that creatively explains why we love gesticulating so much.

The all Italian habit of “talking with one’s hands” has been analyzed a while back by the people of the New York Times, which reported we use at least 250 hand signs to underline and reinforce the meaning of our words. The statement is supported by a study conducted by professor Isabella Poggi, of the Psychology Department at the Università Roma Tre.

According to some, the origin of the habit can be traced back to the Greek colonization of southern Italy; in those times, Poggi explains, cities were extremely crowded and body language was particularly important to catch each other’s attention at all levels. Other experts think Italians develop a special language made of gestures and signs between the 14th and 19th century, when large sections of the peninsula were occupied by foreign powers, namely France, Spain and Austria.

Whichever its historical origin, the habit of communicating with one’s hands has become synonym of “being Italian:” a habit often not entirely understood by foreigners and, in fairness, at times associated with uneccessary theatricality and lack of linguistic expressivity by Italian themselves. People in the North, for instance, tend to dislike the campness of some of Southerners’ hand gestures and vocal expressions, failing to realize that, to foreign eyes, they result just as emphatic: I am from the North of Italy and, during my many years living abroad, it was often pointed out to me how flamboyant I became when discussing something I particularly cared about… or while watching soccer matches, but that is another story.

This is to say that  all Italians speak with their hands, in the end, without distinction: some areas may just be a bit more into it than others, that is it. It is hard to pinpoint scientifically a reason to explain it and, if there is one, it is probably a complex affair made of learning processes and how they influence our own cognition, and it may be too long and tedious to explain it here.

For the sake of our little world of love for Italy, let us just cherish the beauty and essence of the habit that, possibly, characterizes us the most among all the other citizens of this earth.