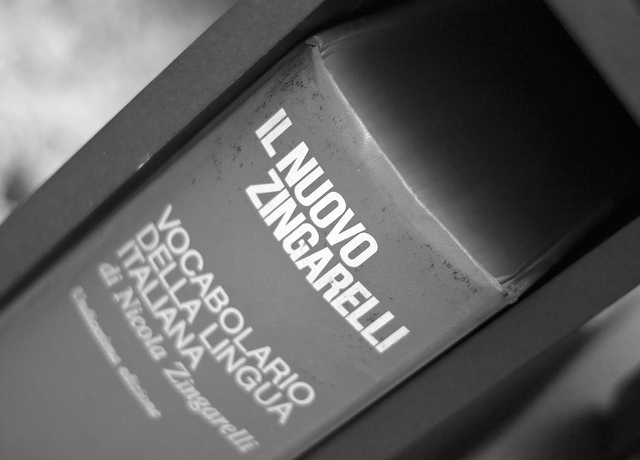 Learning a foreign language is not simple, and to many it can be a challenge. Things get even more complicated when a single word means more than one thing. In a way, it means learners make a bit less of an effort while learning vocabulary, but at the same time understanding what the word refers to in any given context can become tricky.

More often than not, learners need to seek help in the phrase’s context to ensure proper understanding.

Some Italian words are, indeed, ambiguous, but luckily you can understand their real meaning through context, situation and the intention of the speaker. However, if you have recently started to learn the language or you are not an expert speaker, it is important to know about some linguistic features that can help you understand better how the language works and, as a consequence, to feel more confident when you speak. Issues can arise, for instance, when you have two words pronounced the same way, but that have different meaning: these are called homophones, which means “with the same sound”. Examples of homophones in Italian are, for instance:

Then, we have homographs, words written in the same way, but with different meanings. These are usually made slightly different in pronunciation depending on whether one of their vowels is open or closed:

The two phenomena combined together lead to homonymy, which is the phenomenon in which two words having a different etymology and meaning share the same sound and spelling.

This ambiguity can be high in certain words, and the place where the stress falls on the word turns out to be extremely useful at times, especially when the context cannot really help. However, if the situation is clear and there is no need to specify, the accent is often graphically omitted: this happens especially when the grammatical role of the words is different, that is, if one is a noun and the other a verb, for instance. In these cases, differentiation between homonymous terms is made by the specific role a word has in the sentence.

As mentioned above, the difference between open and closed vowels is also a matter of distinction, as some nouns change their meanings depending on the way the vowel is pronounced; nevertheless, Italian speakers themselves do not always make this distinction, because their way of speaking is influenced by regional accent. Pèsca and pésca or sùbito and subìto refer to totally different things, the first being a peach and the second the term for fishing, while in the second couple the first is an adverb meaning immediately, and the second is a verb meaning suffering or undergo. Even though there is a theoretical difference in pronunciation, due to the different sound of their vowels, to most Italians these words sound just the same and what they mean can only be gathered by their context.

Two homonyms can have different meanings because of two main reasons; a different etymologic root, or because the words are used with both a literal and a metaphoric meaning. Some of them can also be made unambiguous by the use of an article, as they often have different gender: maschile, male, or femminile, female.

Words such as il boa, the boa constrictor snake or feather boa, or la boa, buoy, have different meaning which can be detected through the article. Other examples are words such as: il fine, the aim, or la fine, the end; il metro, meter, or la metro, the subway; il moto, movement, or la moto, motorbike.

We have seen that, sometimes, linguistics can come in help of the speaker, and clarify semantic ambiguity. However, this is not always possible. Some words are written and pronounced the same way, yet have more than one meaning: they are called polysemous terms. Coda can, for example, refer to a queue or the tail of an animal; the word classe can refer to a social class, to some people sharing the same features or things, to a classroom or to a group of students.

Sometimes, ambiguous words will never change their nature, even if you use an article or a visually mark a stress, and this can create more difficulties to non-native speakers. There is only one way to solve this situation: simply analyze the context and if room for ambiguity is still left ask for clarification to the person you’re talking to: most of the times, even native speakers rely on the overall situation and message to understand what is really meant.