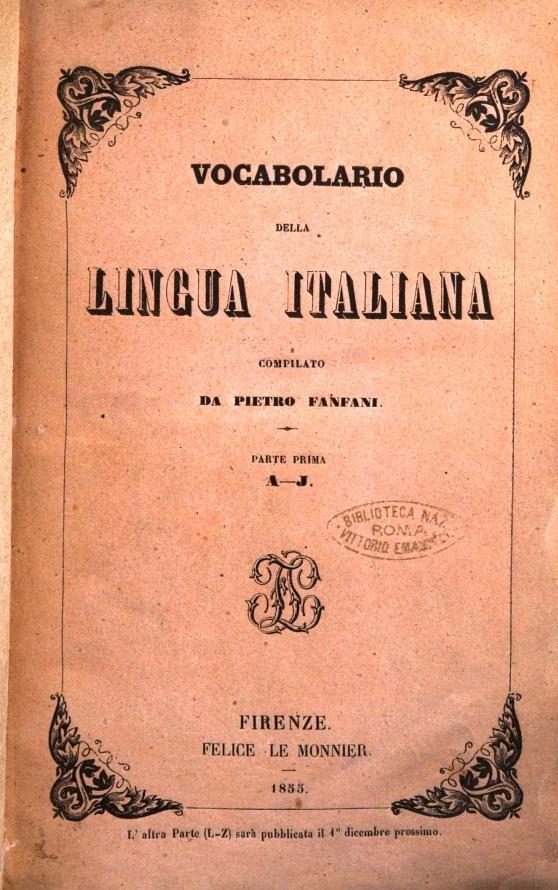 When you study a language, you cannot wait to put your knowledge in practice: however, in Italian as in all other languages,  you will soon realize how difficult it is sometimes to understand its regional variants.

Although standard Italian, the one taught all over the territory, and that conforms to the recognized grammar use, is spoken everywhere, there is always some regional influence upon the way Italians speak: each region, and each area within the same region, will have peculiarities and expressions typical to them, which you will not find in the rest of the country.

In every part of the world, the way people speak is affected by  local linguistic features: the same happens in Italy.

When travelling to the different parts of the country, you will not only realize people have different way of pronoucing things and different accents, but you may also become aware they use peculiar words to describe things, as well as expressions that are unique to that specific area: some of these expressions are called intercalari and are one of the reasons behind Italian’s originality and exrpressivity. Let’s take a look at some of the most common.

Helping people to express themselves or simply used as a routine speaking activity, intercalari come in many forms and uses.  You will notice them when listening to a person speaking Italian. Although they do not truly add anything to the overall meaning of the sentence, they are frequently used to emphasize or underline what has been said:

ecco: here it is

insomma: in other words

non so: I don’t know

come dire: how to say it/ how should I say it

per così dire:  so to speak

Sometimes stammerings like uhm, ehm, mhm are used, too, especially when the speaker does not know what to say, or is trying to organize his/her ideas while talking.

The ones above are used all over the country: it doesn’t matter where you are, you will very likely encounter them.

Regional Intercalari: when dialect takes over

There are some intercalari,  however,  you will exclusively find in certain regions, because they derive from local dialects. These dialectal intercalari are so strictly tied to local ways of speaking that are not, quite often, understood by Italians coming from other areas of the country.

For example, if you are in Liguria, you will very likely hear people saying  bélin e mia. If you move to Bologna, people will intercalate with  socmèl, whereas  pota is an expression typical of Brescia and Bergamo. Travel to Piedmont and you will be surprised by the huge amount of neh and bon people use while chatting, especially if they come from the countryside. Romans will emphatically shout ahò at you, if they want your attention for a reason or the other. Dè is used in Livorno or Pisa, and iah or vabbuo’, in Naples: these last expressions do not really mean anything specific, they are just used as interjections or emphatic particles by the speaker.

In any case, do not try to translate them literally into English: you will not find a matching word, and even when you do, as in the case of belin and pota, you may not want to say it out loud in your own language! This brings us to another type of intercalari, that even the English language has, those represented by crassier, more vulgar words. Well, in the end, does not everyone say that Italian is a colorful language?! Let’s take a look at some of them…

When Italian gets sweary

Sometimes, bad words are also used in the conversation without the speaker being aware of it, because their function is that of intercalare: check out how often Sicilians use minchia, while talking, or how many times a Tuscan throws a Maremma Maiala  in while chatting with his/her friends.  The most famous of them all, especially because it is cross-regional and well understood all over the country is c***o: forgive the asterisks, but we can be fairly sure that, if you have been to Italy at least once, or have met an Italian once in your life, you will know exactly which word is hidden behind them! And by the way, it even *sounded* like the Pope let one escape recently…

Intercalari are very common in Italian: from the more formally recognized, to the dialectal and the crassy, they are certainly useful to know, as they, in a certain way, make the spoken language what it is. There is no need to use them,  but it is important to recognize them, as they are used so often, all over the country.