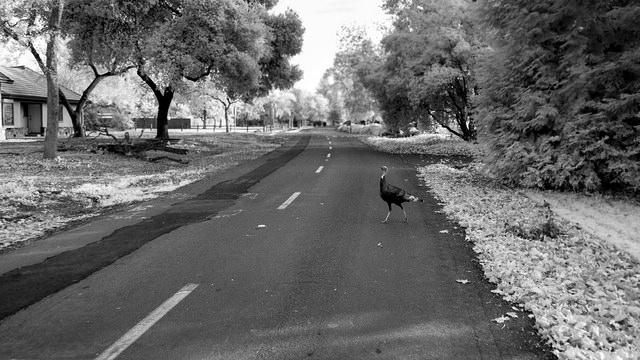 While doing my doctorate and working in university in the West of Ireland, I got to meet and become very close to many people from the US. We all were part of the same department and soon we didn’t only bond over work, but also shared a common need to feel “at home”  in a foreign country.

We ended up becoming a family.

Of course, it was through my American friends I was first introduced to Thanksgiving. In Italian, we call it “Giorno del Ringraziamento” and only know about it because we see it on American tv. We know there’s roast turkey and that it’s a family gathering, but nothing more, really.

Only those who have  a penchant for history – or American friends – know the origins of the feast, which was celebrated for the first time by pilgrims to honor their first harvest on American soil, in 1621: among the participants, also a number of Native Americans, as a sign of everyone’s will to continue a peaceful and fruitful cohabitation in those lands (alas, that was not to happen…).

Celebrated once again in 1789, following the wishes of George Washington, Thanksgiving finally became a recurrent national holiday in 1863 when, with the Civil War in full swing, president Abraham Lincoln called for a day of “Thanksgiving and praise to our beneficent Father, who dwelleth in the Heavens.”

That’s a pretty nice thing to celebrate, as each and every one of us probably have something or someone to be thankful for. Whomever you decide to thank – the Lord, Zeus, your parents or Re the Sun god – it’s a nice message to carry around in your heart.

Anyway, we know very little about it all in Italy and, as an Italian who’s been celebrating Thanksgiving for the past 10 years – and is planning on proposing it to a bunch of Italians this very week for the first time – I really think it’s a pity and that we should get to know America’s best known feast better. Of course, it’s a tradition foreign to our country, and it’ll never become an official holiday, but there’d be nothing wrong in choosing to celebrate it in the intimity of your own home, with a bunch of friends, as a lovely beginning  to Christmas season.

1. We love the US, so why not to learn more about their culture?

Italians like the US, they think they know it through tv and the media in general. Truth is, however, the majority of us has little or no awareness of American culture beside what’s portrayed on tv. Which is a pity. Considering that so many Italians, especially throughout the past two centuries or so, have ended up in the US, bringing their very own contribution to that multi-faceted, lively melting pot that American culture is, it’d seem only natural we embraced a tradition that so many Italians from across the pond celebrate!

We do have an interest in American culture, a fascination, if you wish: as youngsters, many Italians dream about the US, seen as a land of freedom, creativity and novelties. It’s a pity, though, that we know so little about the more genuine aspects of its culture. Choosing to celebrate Thanksgiving could be a good starting point to learn about the “real” US and its people, leaving aside all stereotypes and biases brought about by the media.

One of the first things Italians can learn by celebrating Thanksgiving is that, man! You guys do have pretty delicious food, which brings me straight into the second reason we should sat yes to Thanksgiving in our home, in Italy…

I admit it: I, once upon a time, too, believed American cuisine consisted of little more than burgers, french fries and hotdogs. Nothing wrong with any of them, of course, but there’s so much more. So. Much. More.

I only began to appreciate the variety and creativity of American cuisine when I started hanging with so many Americans while living abroad. A good bunch of them liked cooking and would make dinners often for all of us. As they came from different parts of the States, I got to taste quite a variety of American food. Some of the best cooks were Southerners and I was amazed at how good home made fried chicken, chili, hush puppies and fried ochra tasted.

Then I went visiting a friend’s family in Syracuse, NY, and I discovered sloppy Joe’s, home made mac ‘n’ cheese and some of the best cookies I’ve ever had in my entire life. In Maine, I had amazing fried clams, the most fantastic chowder I’ve ever eaten and whoopie pies.  I’ve learnt how to make Buffalo chicken wings from a Buffalonian and I dare anyone loving food to say those are not amazing.

There is a great deal of misconceptions about American food around the world, misconceptions that a simple visit to the US may not dispell: as tourists, we’d go eat at Applebee’s or get our breakfast at Starbucks and get stuck in a route of eating what we think is the only American food, a bit like coming to Italy and eating pizza for two weeks.

Thanksgiving could easily become a way for we Italians to get to know you, Americans, a bit better, and doing it all while enjoying some of our favorite activities: cooking, eating and enjoying good company.

Why would Thanksgiving help us learn about US food better? Because we’d want to do it right: when it comes to food, Italians’re pros. We’d check out a typical menu, search the net as there were no tomorrow and find the perfect Thanksgiving dinner to propose to our guests. I don’t know how many Italians have a copy of it, but the Better Homes and Gardens American Cook Book is a great source if one wants to cook American, or learn about the many dishes of US culinary tradition. I received it as a present a few Christmases ago from one of my American friends’ mom, who knew about my passion for cooking, and I have found it useful in so many occasions. Italians get so serious about cooking they’d get the book shipped over from the States, in case “those recipes online are not faithful to the real deal.”

“Stuffing made that way? Why not…”

“Baked dips? what’s that? Looks good though… I’ll make it!”

2. Thanksgiving is the perfect way to celebrate the Fall

I love the Fall, it’s a great season, in spite of the bad rep it gets sometimes for coming after the Summer and being when we get back to school or our working routine. Truth is I don’t really like the Summer, as I hate the heat, so when Fall comes I feel like celebrating.

The Fall’s always been a season of celebrations in Italy anyway, as the many festivals and fairs around the country show, but there isn’t a dedicated day to do just that, celebrate the Fall for what it is, the season when our grandparents’d sit back, look at the harvest and think “hey, this year, we made it again.” In its essence, Thanksgiving could be a feast for each and every country which based, at some stage of its history, its economy and sustainance on agriculture. Considering every single place in the world did, it really makes a moment of gratefulness and enjoyment for everyone, right?

Celebrating the Fall right now, at the end of November, also means something else, which we’ll discuss just below…

3. Thanksgiving is a great way to start the Christmas season

…a bit in advance, that is! In Italy, we usually consider the beginning of the Advent, on the first day of December, as the start of the holiday season. Some push it back a little, until the 8th of the month, on the day of the Immaculate Conception Feast. Even if many Italians put their Christmas tree up and prepare their nativities already at the end of November, we usually consider that as being a bit early.

Since I started celebrating Thanksgiving with my American friends, though, I started feeling it’s Christmas on Black Friday. I know it’s only a handful of days before the beginning of December, but hey, when it comes to the length of the holiday season, even a bunch of hours count!

4. Thanksgiving celebrations can be a great way to get more acquainted with American history and traditions

We sort of said that while talking about Thanksgiving food. We Italians think to know a lot about the US, because we see a lot of America on tv. In reality, not many of us know about their history and their traditions besides the little we’ve learnt in school and what passes on our screens. And that’s a pity, because there’s so much more to it.

Most Italians don’t know how varied your culture is and ignore the differences among the states of the east and west coast, or the midwest and the South. I’m not saying that getting into Thanksgiving spirit would solve the problem, but it could be a nice beginning. There’ s plenty of history behind Thanksgiving, and the convivial cheerful atmosphere of its celebration is an opportunity to learn about the many ways Americans honor the day, from watching the NY parade on tv, to following your own family’s recipes down to a “t” when preparing the dinner. Food is culture in so many ways that even learning how to put together a Thanksgiving meal becomes an opportunity to learn about a country and its traditions.

5. If only Italy had a Black Friday…

Thanksgiving wouldn’t be Thanksgiving without what follows, Black Friday. The first time I’ve heard about it, I thought it was something homynous: thoughts ran to Friday 13th, just darker because, you know… black. Than I understood it was a totally different pair of hand (no worries, it didn’t take me long, the whole horror movie charade went on in my head only for a few seconds). My American friends would start checking out Macy’s and Old Navy’s websites at midnight to see what was on sale and where they could get the best offers. Phone calls to relatives in the US would follow, with detailed descriptions of the items to buy or, even better, links to the webpages showing them (no, ordering them online wasn’t a good option, as delivery across the Atlantic could rise dramatically the price and bang! All Black Friday savings would be gone).

Black Friday’s also the right moment to get Christmas presents, as you can really save quite a bit on a lot of stuff. In Italy, we don’t have large sales before Christmas, and miss out on such a good opportunity. I’m planning and purchasing my Christmas presents right now and I’d kill to have a Black Friday coming!

You guys don’t need to be told why Thanksgiving is such a cool celebration. You love it and rock it, and rightly so.

I’ve extremely fond memories of each and every Thanksgiving I’ve celebrated and I miss each and every of the people I celebrated them with: it’s always been about fun, food and feeling as if we were all a big, happy family. I wish I could find a bunch of Americans here, in my town now, and just spend this Thursday cooking away with them and watching the Macy’s parade online. As it’s not likely to happen, I’ll have to make do with postponing turkey and pumpkin pie to Saturday, when people don’t work, and hope my Italian gang’ll discover a love for sweet potatoes and Buffalo chicken dip. I don’t think it’ll be a problem. It may just be the right way to start spreading love for Thanksgiving in the country, don’t you think?