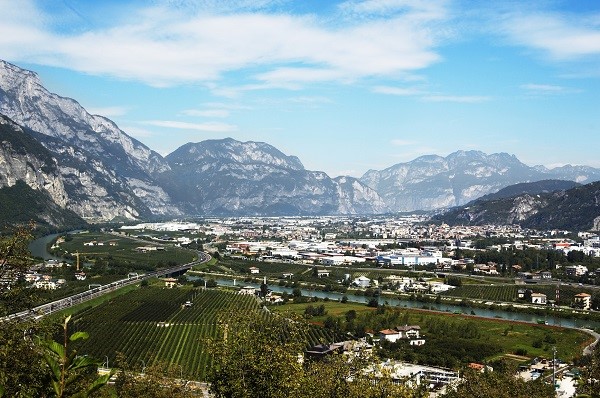 How is it really to live in Italy?  This is a question asked by many. Truth is, the quality and standards of life do change, sometimes quite dramatically,  from one part of the country to the other.

Conventionally speaking, the Center and the North of Italy are considered to have a higher standard of life compared to the South, which is usually believed to leg behind the rest of the country when it comes to financial income. Each year, Il Sole 24 Ore, the most authoritative financial newspaper of Italy, carries out a national survey to discover the Italian province with the highest standard of life.

Results for 2014 published by the newspaper show some news: the best place to live in the country is the province of Ravenna, in Emilia Romagna. Beautiful Ravenna stole the podium from Trento, which is, nevertheless, still close, on second place.

However, Il Sole 24 Ore‘s investigation has also shown that certain things have not changed: there is still a visible gap between the North and the South of Italy, at least when it comes to quality of life. Of the first 20 provinces in the list, 17 are in the north (including Tuscany), 3 in the centre (Rome, Macerata and Olbia-Tempio), but none in the South. The first southern province in the list is Ragusa (Sicily), on 75th place, and it is another sicilian beauty, Agrigento to hold its unfortunate last place.

The results are not based, of course, on the beauty or artistic value of each city or province: just to give an idea, both the first, Ravenna, and the last, Agrigento, in the list, are part of the UNESCO World Heritage list.

Rather, the survey was based on six areas of interest: standard of life, work and business, environment and healthcare, population, law and order, leisure time. After combining several criteria, the last position was this year awarded to Agrigento and its surronding; last year’s last, Naples, managed to gain 11 places and got itself a stable seat at number 96. As already said, Ravenna got the first place, followed very closely by last year’s number one, Trento, Modena in third position and Belluno, which maintained the fourth.

But let’s take a closer look at the first 20 provinces in Italy by standard of living, and to their positions in 2013:

It is clear, Il Sole 24 Ore writes, that the gap between North and South is still visible: whereas the North manages, in spite of the crisis, to keep its head above water, the South has been slowed by low levels of employment and obvious issues related to infrastructures and the environment.

Ravenna obtained the first place especially thanks to the positive votes it has obtained in the field of “services, environment and healthcare,” where it also obtained a first position: the number of pre-school and kindergarten structures in the province is twice as the national average, healthcare migration is less than 3%, whereas the national average is 9% (by healthcare migration we mean the amount of people who goes to a different province to get necessary treatments). The province of Ravenna has proven to be highly efficient when it comes to employment (67%) and in the ratio between young and older population. The only negative evaluations come from the “public safety” sector, as the numbers of burglaries and thefts are extremely high. This is, however, the status quo of a larger portion of the northern regions of Italy and of all Italian metropolitan areas. This is, for instance, the only sector where Agrigento, the Cinderella of Il Sole 24 Ore investigation, manages to get some sort of revenge, gaining a very respectful 29th  place over 107 provinces, whereas Ravenna obtained a rather shameful 103rd.

Agrigento, however, has very little to be happy about: although there are some relatively positive news in relation to living standards (but this is mostly due to the deflated prices of real estate in the South) and in familiar stability (there is a very low incidence of separations and divorces in the Agrigento area), the sicilian province fails to meet acceptable standards in many other fields. It obtained close-to-last classifications in what concerns “services, environment and healthcare,” and employment.

The rest of Italy

As we mentioned above, the top ten of Il Sole 24 Ore list is led by northern provinces of Italy. North-eastern and alpine areas appear to be among the wealthiest and more efficient: Trento, Sondrio, Belluno, Aosta and Bolzano are all pearls of the Alps and all in the North East of Italy, beside, of course, Aosta, the western-most region of the country. Preponderant is also the presence of Emilia Romagna, which proves to still be one of the best places in Italy to live. Tuscany has also performed very well, with a number of provinces within the first 20 places, including Siena (9), Livorno (11), Grosseto (15) and Florence (16).

The centre-south is represnted by the Sardinian provinces and by Rome, all in the top 20. The rest Centre and the South proper are mostly relegated to the second half of the list.

The four main cities of the country, Rome, Milan, Naples and Turin have performed acceptably. Milan has gained 2 places and went from 10th to 8th position; Rome has gained 8, passing from the 20th to the 12th; Naples left the last place to Agrigento and managed to rise to a still worrying 96th , whereas Turin is the only one of the big four to have lost places, falling from the 52nd to the 54th.

In 2015 Ravenna lost its first position and moved to the 10th. First this year is Bolzano, mainly due to its ranking in the standard of life, work and business, population; Bolzano rose from the 10th position in 2014.

The big surprise this year is Milan, who gained the second position (up from the 8th last year); the city holds the first position in the “Standard of life” category, but falls to the 108th for “Law and Order”.

Trento is always on the podium, with the third position.

The worst province to live in in 2015 is Reggio Calabria, which qualifies badly in all categories.

The best place for what concerns the “leisure time” is Rimini (Emilia Romagna), followed by Rome and Florence.

The safest towns are Nuoro, Ogliastra (both in Sardinia) and Crotone (Calabria).

The podium for health and environment is held by Monza e Brianza (Lombardy), Ravenna and Bologna (Emilia Romagna).

In the “standard of life” placement, as we said Milan comes first, followed by Como and Varese (all in Lombardy). The worst are Enna, Messina (both in Sicily) and Reggio Calabria (Calabria).

The “population” criteria includes the density of population, the separation of married couples, a longevity index, the instruction, migration. First in this criteria comes Ogliastra, followed by Aosta and Nuoro; the worst are Milan, Monza e Brianza, Naples.

The north again proves the best quality of life in Italy.