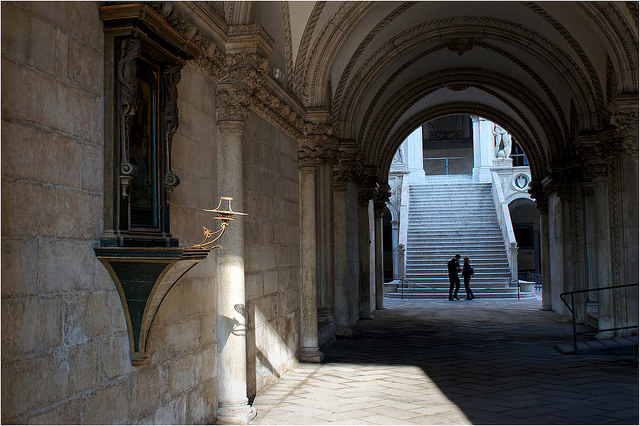 For dating tips for foreign men in Italy, click on the link.

For many women, going on a date with a foreign man, in a country that is not your own can be an intimidating prospect. While it’s always smart to be aware, and to follow the social norms of the place you’re visiting, the best advice is to follow your heart without abandoning your common sense. If you like a guy, and think there may be potential for something more, go for it! Just remember to always use your best judgment.

If you’re hoping to find love during your trip to Italy, we’ve compiled some tips to help you navigate the dating world. Some tips might sound strange, but their only purpose is to clarify certain cultural behaviors, and certainly do not want to be offensive in the least.

Don’t Be Too Sexy

While it always pays to be yourself, Italians notice clothes. Italian men are often drawn to women who are subtly elegant and being extremely sexy, or too showy, often won’t get you the reaction you’re hoping for. Pay attention to details like your purse, shoes and the overall way you put yourself together–he’ll notice!

Don’t Be Afraid If He Drives Like a Maniac

For most Italian men their car is an extension of their body and driving in many parts of Italy is unlike what many Americans are used to. Don’t be afraid, unless he truly drives like an idiot. It will also likely work in your favor if you don’t comment too much on his driving, this will avoid spoiling the evening at the very beginning.

It’s Okay If He Walks Through the Door Before You

This is a real tough one for many foreign women to swallow and understand. In Italy if your date walks in first, he is actually being a classy gentleman and you should take it as a very, very positive sign. This is elegant and knightly behavior that modern times is doing away with, but, trust us on this, if he does it we think he’s a keeper.

Listen and Don’t Be Too Patriotic

Sometimes foreigners get the reputation of being too full of themselves and caught in the cycle of thinking their own country is the best. If you want your date to be successful try to cut out this kind of behavior. Listen to what your date has to say and don’t be patronizing. Try to treat him like he’s from your hometown, because the likelihood is he’s heard of or seen many of the things you’re describing (and may assume he doesn’t know about). The world is so small these days so it’s wonderful if you can learn from one another and you’ll also likely find that you may have much more in common than you thought!

Like most men, Italian men like it when their date ask intelligent questions and are curious. If you have a question, ask it, there’s nothing wrong with not knowing the answer and he’ll likely be excited to teach you something new.

It is customary in Italy that the man pays for a date and would be rude if he didn’t. It’s okay to offer to pick up the cheque, but will likely be seen as rude if you insist. Want to show your appreciation? Offer to buy him something small later, like a gelato during your after dinner stroll.

In general Italians are social animals so don’t be surprised if, at some point during your date, his friends appear. He might even bring you to a friend’s house or a get together. Italians are big on being in groups and enjoy eating and drinking together. While you might be used to one-on-one dates, being in groups is the norm for many Italians and it doesn’t mean he’s not into you.

Don’t Drink Too Much

In recent years many Italians have picked up the habit of drinking more than they used to. On a date, it’s probably not advisable that you drink too much. Especially on the first date. Forget hard liquor and stick to wine at the table.

In general, Italian men like to make the first move and be the seducers. If you’re interested use body language and eye contact to get your message across and he’ll surely respond. If he leans in for a kiss and you’re not ready don’t tell him that you don’t kiss on the first date, but just that you’re not there yet, but you’re having a good time and would like to see him again.

We hope our tips have helped clarify some of the cultural differences between dating in Italy and in the United States. Good luck on finding love in Italy!