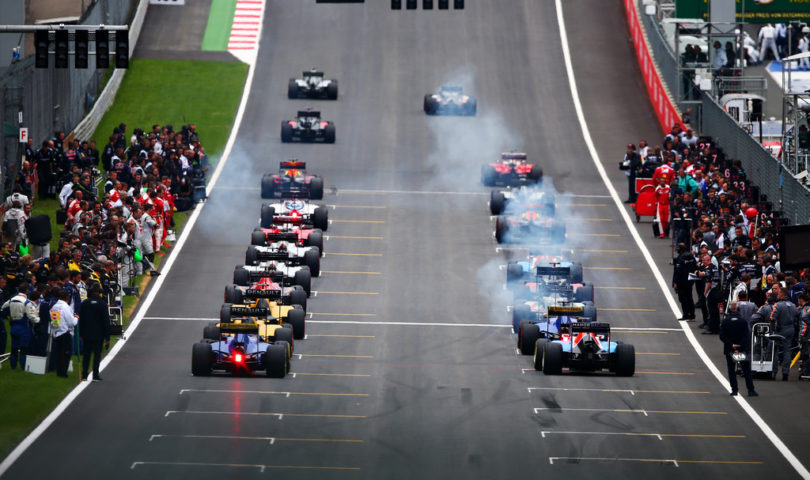 From the first race in 1950, this racing sport has conquered hearts and records.

Intro to the sport

The first race was supposed to take place in the 1930s. Then, the world war happened. So, drivers and manufacturers had to pause on their plans. Until 1946, barely one year after the end of WWII. That’s when the idea of a drivers’ championship resurfaced.

Finally, the first Grand Prix. The Silverstone Grand Prix made its debut in 1950. And it was the beginning of the F1 championship. Still, it was a test. In fact, the drivers ran 20 races but only seven counted for the title. Which, ultimately, went to Giuseppe (“Nino”) Farina. This rule continued until 1983, when people in the sport realized it wasn’t worth it. At least money-wise.

Four names dominated, even in the 50s. Of course, Ferrari. Then Alfa Romeo, Maserati, and Mercedes Benz. Still, it was a dangerous sport. Many of the drivers of the first season raced on pre-war cars. In fact, 13 drivers died in the first decade of F1.

Thankfully, technology advanced. And the incentive of the constructors’ championship (Introduced in 1958) made innovations even faster. During the decades, manufacturers and brands dropped out. While other emerged. As anyone in the sport will tell you, Formula 1 is expensive. But worth the hustle.

Welcome to Formula One 2021

This year’s championship starts on March, 28th, in Bahrain. And fans are curious. Here’s what you need to know.

For instance, the debut in F1 of Mick Schumacher – yes, the son of seven-time champion Michael. The young driver races with the Haas team, the manufacturer who has suffered last year. The “tifosi” of Ferrari are holding their breath too. Furthermore, Fernando Alonso is coming back, after the 2019 retirement. This year, he will race with Alpine.

The Italian car has been struggling for the past few years and this might be their chance at redemption. Not only thanks to the new car, but also thanks to the latest driver. In fact, in 2021 Sainz joins Leclerc. Surely, a team that hasn’t been struggling is Red Bull. Although Mercedes has been triumphing, Red Bull is right behind them. And, with the addition of Sergio Perez, they might have an even better chance.

Finally, it’s time to find out if Lewis Hamilton can be lose. After seven consecutive titles, is his era over?

Formula One 2021, the races and results

This year, Life in Italy will follow the racing championship. Find out all the news and updates below. It’s time to rumble.

Once again, the drivers reversed standings as they raced in Portugal. This the podium from first to third: Hamilton, Verstappen, and Bottas. Once again, Red Bull and Mercedes dominate. The first Ferrari on the finish line is LeClerc, who ended 6th. His teammate, Sainz, was way behind: 11th.

The roles have reversed for the Italian Grand Prix. In fact, Verstappen ends first, with Hamilton right behind him. A surprising Norris ends third onboard his orange McLaren. The Ferraris can still be proud of their race. Leclerc finish 4th, in front of his teammate Sainz.

Lewis Hamilton wins in front of Verstappen’s Red Bull. Third the other Mercedes with Bottas. The Ferrari, unfortunately, ended 6 and 8.

I can’t wait to see the folowing by your website 🙂

0
Life in Italy > Life & Style > Sport > Formula One, the latest news and updates of the 2021 Championship