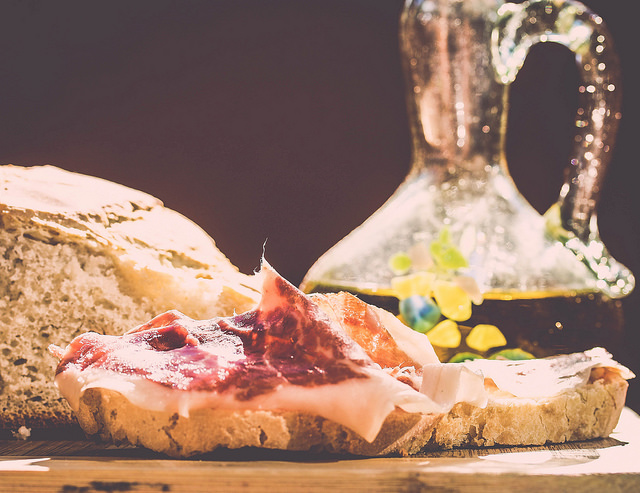 The whole world envies the people of the Mediterranean their diet: naturally healthy and flavorsome, it is rich in all that our bodies need to keep strong and fend off disease.

Of course, the Mediterranean diet’s wealth of ingredients, origin of its popularity, is also behind its incredible variety of flavors and combinations thanks to which one can never quite truly tire of eating “mediterranean.”

Part of UNESCO’s untangible heritage patrimony, the mediterranean diet has also been praised by the United Nations for how it brings to the fore values such as hospitality, intercultural dialogue and creativity. In spite of it all, however, it seems to be in danger.

In June 2015 FAO, the United Nations Food and Agriculture Organization, and the International Centre for Advanced Mediterranean Agronomic Studies (CIHEAM) released a worrying report higlighting how the whole region associated with the diet (the countries named by UNESCO as sharing it are Cyprus, Croatia, Italy, Greece, Morocco, Spain and Portugal) has been following it less and less.

FAO did not simply warn about the health risks associated with such a change in habits, but also about the possible cultural loss, as well explained in the report itself: “The abandonment of traditional habits and the emergence of new lifestyles associated with socio-economic changes pose important threats to the preservation and transmission of the Mediterranean diet to future generations.”

Spain has taken the issue particularly at heart, so it is from here the most detailed information comes from: in 2014, the Ministry for Agriculture released a report on food consumption showing a visible decreasing in sales and use of all products and produce associated with the Mediterranean diet. The report has been analyzed in detail by El País, one of Spain’s main dailies: fresh products consumption fell of 3.3%, more than any other type of food. Tomatoes were 6% less likely to be bought, potatoes and other vegetables 3.1% and pulses 6.1%. All of them have been largely substituted with dairy and meat based products.

Lluis Serra-Majem, the head of the International Foundation of Mediterranean Diet, declared that in Greece and Spain the number of people following a traditional Mediterranean diet has decreased of, respectively, 70% and 50% in the last 30 years. In Spain, less than 15% of population regularly eats Mediterranean, with the majority of them, around 60%, only choosing traditional dishes once in a while; the same has been happening in Greece, the Hellenic Health Foundation states.

Crucially, research shows that it is especially the younger generations to have ditched the Mediterranean diet in favor of processed dishes and fast food. However, the rising levels of obesity, cancer, diabetes and cardiovascular diseases in regions once known for the surprisingly low rates of the same, points at the fact the phenomenon is, all in all, pan-generational. A study conducted in Greece seems to underline, however, that more educated people tend to be less prone to make unhealthy choices and very much still adhere to the Mediterranean diet. This trend shows eating healthy is not a matter of money, at least not in countries such as Italy, Greece or Spain, where fresh produce is plentiful and relatively cheap, it is a matter of mentality.

Why is it happening?

According to Antonia Trichopoulou of the Hellenic Health Foundation, the reasons behind people’s loss of interest in the Mediterranean diet are social and cultural: highly processed foods rich in sugar and fats are heavily publicized and marketed as “trendy,” thus leading many to choose them above other options. Directly associated to this is people’s decreasing interest in cooking: if our parents and grandparents’ generations made of cooking meals an act of love, today’s stressful lifestyle has made it a chore that many are happy to avoid, picking pre-packed, unhealthy meals off supermarket shelves instead. Serra-Majem sees also urbanization and the rise of mass tourism as a culprit, especially in certain areas of Southern Europe such as the Spanish coast and the Adriatic coast of Italy: these areas have both witnessed a heavily increased consumption of processed and meat-derived foods.

Swapping a wholesome diet for one based on highly processed, fatty ingredients firstly and foremost creates problems to health, as data commented above already showed. The more healthy eating habits are abandoned, the more risks of cardiovascular disease, cancer, diabetes and obesity rise. Directly associated with it is also the rise in medical costs, especially those related to the mentioned pathologies.

Health, however, is not the only thing to be at risk. According to a recent article published by The Local, abandoning the Mediterranean diet could also bring to the loss of century old skills and traditions “such as harvesting, fishing, animal husbandry and conservation:” a whole chunk of human heritage. As the older generation – still forcefully attached to a way of eating which is mirror to a whole culture and lifestyle – naturally decrease in number, the younger one has no time to dedicate to a diet that requires a bit more than shoving boxes into a supermarket trolley or dialing the pizza parlor up on a friday night. Fruit and vegetables should be sourced properly and one needs to be able to recognize when they are of good quality or not. If this may be simple for people who, for instance, grew up in the countryside, the same cannot be said of everyone. The art of cooking on a daily basis has been lost by many, the very essence of the diet itself, feeding off what nature can give you, is a concept which turned from predominant to restricted to a minority.

Is the Mediterranean Diet truly at risk?

Only time will tell. Yet, its loss of popularity in the very countries that birthed it worries and saddens, especially because the Mediterranean diet has always been synonym with a certain culture and tradition. It is not all lost, though. The diet, along with the way of life it has always represented, is still present largely in wide areas of the Mediterranean, with specific regions, such as Southern Italy, for example, still strongly attached to it. If it is true that younger generations tend to happily conform with cultural choices which do not represent their own heritage, diet included, it is also true that there are large percentages of 30 somethings rediscovering the beauty of their own roots and traditions and the immense pleasures associated with embracing them fully.

Let us hope, for our health and for our heritage, that the Mediterranean diet keeps being enjoyed for many, many years to come.