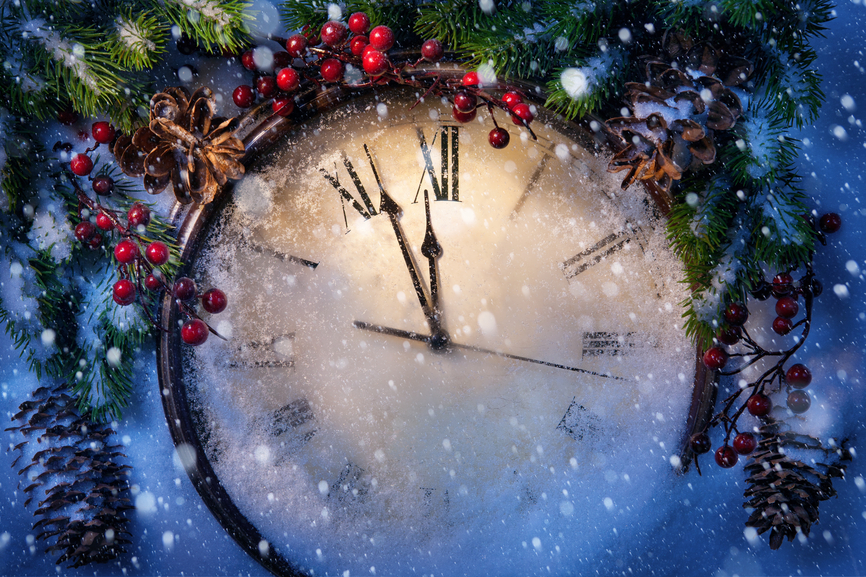 As a follow-up to our previous article on the Italian holidays, let’s see how Italians like to celebrate them: you never know, some of their habits and traditions may be perfect to export to this side of the pond!

New Year’s celebrations begin on December 31st with the standard 10-second countdown to midnight, and celebratory fireworks. What makes Capodanno a bit different in Italy is the food: Italians have a tradition of eating lentils on New Year’s Eve, as it is believed they will bring money and good fortune in the new year.

Italians like to wear red underwear to start the year with good humor and fortune, but also throw away something old to symbolize the will of getting rid of all negativity associated with the year about to end. Adding these little touches of Italian tradition to your New Year’s Eve party, would certainly lend a bit of Italian flavor to an American celebration.

Similar to an American Christmas celebration, the Epiphany is celebrated on January 6th. If you are big on Santa Claus and your kids believe in magic and fairy tales, then this holiday is a perfect opportunity for combining American and Italian traditions. Italians set out a large sock, or stocking, by the fireplace on the night of the 5th, so that the old woman named Befana, a female Santa Claus-like character, will come and fill it with sweets and presents – if the child was good – or charcoal – if the child was bad. It is also customary to leave some milk and cookies for Befana to enjoy. Children can write letters to her requesting specific gifts.

Carnevale (Mardi Gras/Carnevale, the two weeks before beginning of Lent)

Although the spirit and the tradition of these festivities are very different, Italians celebrate Mardi Gras/Carnevale just as Americans celebrate Halloween: they dress up.  Everybody dresses up and children love it. There is no “trick or treat” and horror theme, however. The focus is on having fun dressed as something or somebody else. Elementary schools and kindergartens usually cease the typical daily lessons and allow the children to enjoy a day-long party on school premises. The typical sweets of Carnevale are the castagnole or the frappe. Similar to doughnuts and pastries, both are deep fried and very tasty. In the U.S., Mardi Gras has become popular as a celebration for adults, but you could throw a party for children to celebrate the day, especially if you have Italians or Europeans living in your neighborhood.

The way Italians celebrate Easter is not very different from the way it is celebrated by Americans, but Italians typically enjoy chocolate eggs and the colomba, an Easter cake similar to panettone, instead of chocolate Easter Bunnies, because rabbits are not part of the symbolism of Easter in Italian culture. It is customary to put a surprise, such as a small toy, in the chocolate egg, much to the delight of the children who receive them. Italian chocolate eggs, complete with their small gift, can be found at some American supermarkets and at specialty Italian grocery stores. This treat alone could lend a different flavor to a traditional American Easter.

The mother of all holy days is actually celebrated in Italy pretty much the same as it is in the U.S., with Christmas trees and the exchange of gifts. Many Italian families like to create a nativity scene in their home, which is not as typical in America, but setting up the display could be a fun and creative project for the family, along with putting up traditional house decorations and Christmas lights.