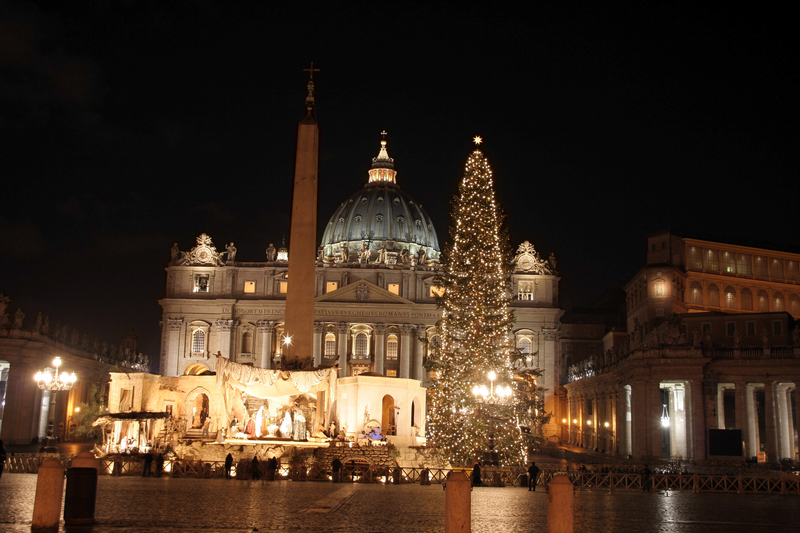 Are you planning a trip to Italy during the winter holidays or are you just curious about Italian Christmas customs?

These are Italy’s main festivities during Christmas:

This festivity marks the opening of the Christmas season. Like in Northern Europe, also in some regions of Northern Italy Santa Lucia is in charge of bringing presents. However, Santa Lucia is also revered by Sicilians. Kids write a letter and leave food outside the window to attract Santa Lucia who, riding a donkey, will distribute presents to the well behaved children. Lucia was a young Sicilian girl who vowed to live as a virgin in devotion to Christ. This happened after Lucia and her mother, ill for a long time, went in pilgrimage to the tomb of Saint Agatha, were Lucia prayed for her parent’s health. She received a vision where Agatha foretold her patronage upon the city of Siracusa. Once home, Lucia disclosed to her mother, now healthy thanks to her daughter’s intercession with Saint Agatha, her wish to dedicate her entire life to Christ. Her mother accepted young Lucia’s will and released her from the duty of marrying the nobleman she had been earlier promised to.

Lucia’s suitor, however, had other plans, and revealed her as a Christian. Authorities went to collect her, planning on forcing her into prostitution — but they were unable to budge her, even after tying her to a team of oxen. She was then tortured by having her eyes torn out. They’d planned on torturing her by fire, too, but the fires kept going out. She was then killed by being stabbed in the throat with a dagger.

Because of the manner of her death, St. Lucia is the patron of those with eye problems, and is often depicted carrying her eyes (often on a plate), being tied to a team of oxen, with St. Agatha, or before her judges. Her name, “Lucia,” means “Light,” and light plays a role in the customs of her Feast Day. In Italy, torchlight processions mark her day, and bowls of a cooked wheat porridge are offered to honor her.

The vigilia is the night before Christmas. The dinner is supposed to be light, or di magro as preparation and purification for the following day. Typically is based on fish instead of meat and it traditionally includes the capitone or eel.

Until the 1980s Gesu‘ Bambino or Baby Jesus was in charge of distributing Christmas presents. In recent years, however, Italy conformed to the general custom of having  Babbo Natale, Santa Claus, as its official gift carrier.

New Year’s Eve is the time for champagne and fireworks. If you are in Italy for New Year’s Eve, you may prefer not to venture in the streets at midnight, as in some cities, especially in the south, people have the habit of throwing old dishes out of their windows: as crazy as it may sound, this is a pretty old tradition and symbolizes people’s will to get rid of old habits and sorrows and start the new year afresh. After midnight it is mandatory (even if you already had a luscious meal) to eat lentils with cotechino or zampone. The lentils represent money and the more you eat of them, the better. They will bring prosperity in the coming year. The cotechino and zampone are a kind of cooked salame that just happens to be delicious with the lentils.

La Befana is a Christmas witch who brings sweets to the good children on the night before the Epiphany. La Befana is depicted as an old woman, with long skirts and a hood on her head who flies on a broom and delivers sweets to good children and charcoal to the bad ones. This is what a nursery rhyme says about the good witch:

The Befana comes at night with broken shoes, a blue and red hood and delivers nuts and figs.

If Santa Claus lives on the North Pole, Befana has her house in Urbania, a lovely little town in Le Marche region, which celebrates the Befana tradition from the 2nd to the 6th of January. The festival includes fireworks, performances in the beautiful historical theater, markets, parades and acrobatic flight of a very athletic befana from the highest tower of the town.