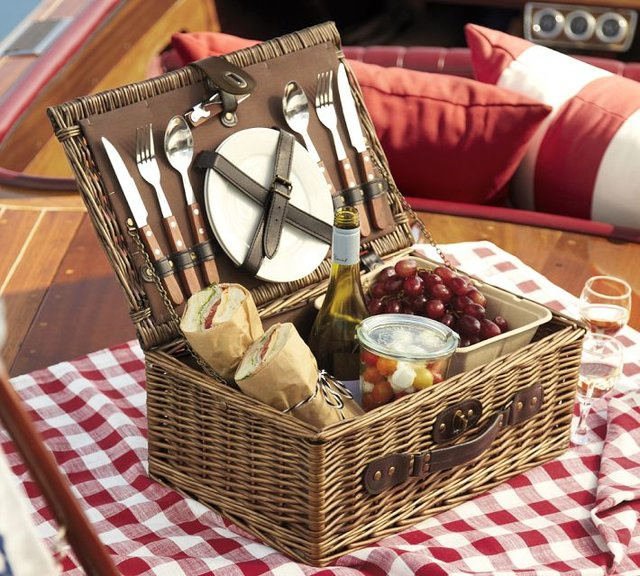 I wanted to write an article on Easter, but it’s kind of hard to find something we haven’t already talked about: from its most popular and traditional dishes, to the day’s history in the country, Easter is very much present on our pages. “But what about Pasquetta?” I thought. Easter Monday is one of the country’s best loved traditions and, to be fair with the rest of Europe, so it is in many other parts of the Old Continent. However, as memories of numerous Easter times spent with my American friends reminded me, it’s not celebrated in the US. Yet, if you ever manage to get it off work for some reason, you may try to spend it the Italian way: in good company and with plenty of food.

Why do we celebrate it?

Easter Monday became officially a national holiday after the end of the Second World War in Italy, and it’s celebrated, as we said, almost everywhere in Europe, in Canada and in Australia. Even if Pasquetta is not an official day of worship for the Catholic Church, it seems the origins of its traditional importance, in Italy as anywhere else in the Christian world, may indeed come from the Gospels.

In Mark, 16, 1-7, it’s narrated that three women had gone to Jesus’s sepulchre to wash his body and treat it with aromatic oils, as it was custom. Upon reaching their destination, they found the large stone closing up the tomb’s entrance moved aside: in that moment, the voice of an angel announced to them He had resurrected. This is also the reason why, in Italy, Easter Monday is also called Lunedì dell’Angelo, the angel’s Monday.

In the Gospels, this episode is said to have taken place on “the day after Easter:” on a Monday, for us, but this is not quite correct. The Easter referred to in the Gospels is the Jewish Easter, Passover, which ends on a Saturday, and not the Christian Easter, which always falls on a Sunday. It’s very likely, then, that the event described by Mark took place on a Sunday, rather than a Monday, but traditions, we all know it, are not always faithful to sources and so Easter Monday stuck.

Interesting is also the connection found with the common habit of celebrating Pasquetta somewhere in the countryside, which is particularly dear to Italians: the idea of preparing a “gita fuori porta“, that is quite literally, a trip “outside the walls of a city,” in the country, seems to be connected to the apparition of the Christ to two of his apostles on their way to Emmaus, located some miles outside Jerusalem, an event recounted to us by Luke. Religious people then, see Pasquetta as a day commemorating the presence of Christ among his disciples after his death, a fact symbolised by the choice of celebrating it by taking an ideal “trip to Emmaus” somehwere in the countryside near home.

Does it have any official religious meaning?

As said, Pasquetta in itself is not an official Catholic feast, but it is celebrated everywhere as a holiday.

What do we do and what do we eat?

Well, this is where things get interesting.

Pasquetta is the day of picnics and countryside trips, either with family or friends, and it usually involves some amount of planning: you know the way we Italians are with food. One of the most appreciated ways to spend the day is organizing barbeques: either at someone’s place or in dedicated areas immersed in nature, barbequeing is among our top activities on Easter Monday. This is why you usually have to go book your meat a bunch of days earlier, unless you want to tailgate with chicken strips from the supermarket: finding pork chops for Pasquetta can be a challenge if you don’t plan well in advance.

Bucolic picnics are also a favorite for the day: forget plain sandwiches though, because Pasquetta style food is on a different planet: torta pasqualina (a filling of chard, parmesan and eggs, encased between two layers of filo pastry) frittate, savory cakes, cheeses, deli meats and of course loads of soft, sponge cakes like ciambella di Pasqua.

We have a penchant for anything involving eggs for Pasquetta: eggs are a symbol of Easter all over the world, and not only because we eat chocolate ones. It’s likely that the pagan meaning associated with the egg, that of rebirth and new life, was borrowed by Christians to signify Christ’s own resurrection, making of the egg and its many culinary declensions synonym with Easter.

Eggs are placed whole, shell included, as a decoration in casatiello, a filled bread typical of Neapolitan Easter; personally, I have fond memories of these little basket-like breads my grandma would bake for Easter Monday, with an egg in the middle, too. Eggs also appear whole inside the already mentioned torta pasqualina. Both casatiello and pasqualina are staples of Pasquetta’s picnic baskets: they’re usually made for Easter sunday, but earthy slices of them are consumed on Easter monday, too.

But you know what, Pasquetta and eggs don’t go hand in hand only in the kitchen: ancient rural traditions called for games and ability contexts involving eggs taking place on the day and, in some parts of Italy, you can still be part in some of them. In Fiorenzuola d’Arda, in the Piacenza province, people challenge each other to a difficult “egg fight” where contestants must break their opponent’s egg with their own, which needs to remain intact. The same competition takes place in Ferentillo, near Terni, where it’s called “lu ciuccittu”. The origin of this quirky game may lie in the ancient rural tradition of baking Easter bread decorated with full eggs, very much like casatiello and the basket-like bread my grandma used to make.