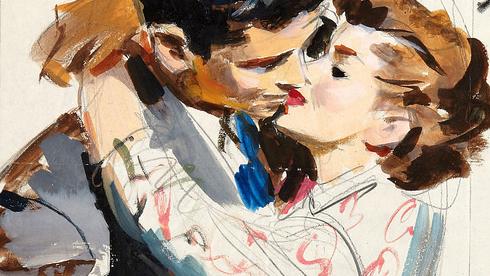 The year comes to an end with the 31st December: New Year’s Eve. Each country has its own habits and customs when it comes to how to end a year and begin another.

Italy, too, has its own traditions and rituals, which are usually followed strictly by many, as we are, it is well known everywhere in the world, a nation of scaramantici, that is to say, superstitious people. Here is a list of the most traditional things we do in Italy during the night of the 31st December:

That of eating lentils at midnight on New Year’s Eve is a true Italian tradition, thought to bring fortune and happiness. However, why are lentils eaten and not other types of food? The reason is tied to the symbolic meaning lentils hold: as nourishing, wholesome food, they represent well being and wealth, which they are believed to bring to all those eating them on the first night of the New Year.

I botti, fireworks, were considered a means to chase away the evil and spiteful spirits raging on earth during the passage from the old to the new year. Today though, fireworks are simply a way to celebrate the coming of the New Year, albeit a dangerous way indeed, for both humans and pets, so much so many Italian cities have forbidden their use.

Throwing cocci, old kitchenware, out of the window at midnight

Il lancio dei cocci, means throwing out of a window old plates, cups and other kitchenware. This, too, was thought to keep evil spirits at bay. This particular practice is popular especially in the South, primarily in Rome and Naples.

Raisins are believed to bring a lot of money, hence the tradition to eat some on New Year’s Eve, as a good omen for the new year.

Red underwear is a must for men and women alike on New Year’s Eve, as it is supposed to bring good luck. The association between the color and good omens is tied back to the ancient Roman habit to wear red during battle to exorcise the fear of the enemy.

Kissing your lover under the mistletoe

This is a very ancient, yet popular tradition. Legends tell that kissing the one you love under the mistletoe will bring loads of luck to your love story.

In some regions, New Year’s Eve is considered a night of prodigies, because unusual things are said to take place. For example, a legend from Abruzzo says the waters of a particular river stop flowing at midnight on New Year’s Eve and turn into gold.

Some people believe that the person you will meet first on New Year’s Day will influence the events of the coming 12 months. It is said that meeting a hunchback or an elderly person will bring you good luck, while it is the opposite if you meet a priest or a child.

Last but not least, when the new year comes, we Italians throw old things away, to symbolically make space for all that is new and still has to come.

These are some of the habits conventionally associated with the end of the year: some are slowly, but unfortunately disappearing, whereas others are kept alive in virtue of the Italian motto Non è vero ma ci credo, it is not true but I believe it!

My next door neighbor says she hates the color red, and she is 97% Cecilia Italian