A Vast Assortment of Festivals and Events to Attend in Rome

It was a crucial year in Rome – the year of 1911. Everywhere among the tiny villas speculators were stirred up at the exposition taking place in the “Belle Arti.” People started recognizing architectures of true value, like the Modern Arts Gallery, the British Academy of Luyens, the Palazzo di Giustizia of Calderoni, the Gallery of Colonna. Exiting the expo world, an inauguration of the controversial monument of Vittorio Emanuele II of Sacconi was in progress. The monument is known as the “Vittoriano.” Outside these traditional itineraries, we have: the Quartiere Coppedè –  a small jewel for those who love this type of liberty (it is tucked in between Via Tagliamento and Corso Trieste). It’s famous for its buildings and villas that were designed by architect & sculptor Gino Coppedè (1886-1927), who was called to Rome in 1913.

Rome knows the Fascist period all too well, and during this time a building program was proposed, and the laying out of Via dell’Impero and Via del Mare was fulfilled. During these times, they started developing “Lido di Ostia” an area of Rome near the sea, and the highway to service the Capital. The Foro di Mussolini (stadium) was renamed the “Foro Italico” after Mussolini went down. The “Universiaria” was open in 1935, and the zone of L’EUR was destined for a universal exposition (scheduled for 1942) which due to conflicts during WWII, never took place. Marcello Piacentini was the architect of that period, who was particularly masterful in satisfying the theme of a modern movement of the regime. Other architects of the Epoca were: Giuseppe Pagano, Giò Ponti, Pietro Aschieri, and Giovanni Michelucci.

Some of the greatest protagonists of the Rome Sports Marathon are: Dorando Pietri (1906), Abede Bikila (1960’s Olympics), and the more recent Gelindo Bordin. In the month of May, for “Italian Open” an international tennis match is played. The “Foro Italico” stadium holds this event every year during the first few weeks in May.

The Museum of Contemporary Art of Rome – Macro is set in the ex-factory of Peroni beer. It was projected by French architect “Odile Decq” whom oversaw the 4,500 mq\48,000 sq ft museum. He added an additional 10,000 mq \ 107,000 sq ft of space for expositions, the foyer, the cafe, an instructional room, the mediateca, and the library. There’s a restaurant on the attic floor (with glimmering masses of water that move on the surface) and traditional Roman terraces. 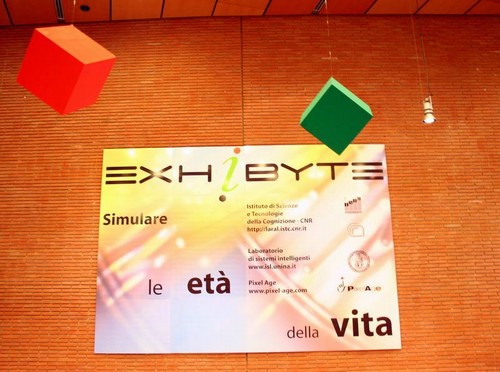 In the summer Rome transforms into a stage, ideal, and to be the preferred place. “L’Estate Romana“, the grand summer season of festivals, is the perfect time to live in the city. From June and throughout September, Rome explodes with outdoor shows, concerts, and a craze of exhibitions, outdoor films, dancing, theatre and arts. The squares (piazzas) transform into lounges where people chat until early in the morning. The most recent addition is the “Villa Celimontana Jazz Festival” which was established in 1994. Since then, it has been among the many preferable places to lounge in and enjoy classy music. Such people have preformed there in the past: Manhattan Transfer, Enrico Rava, and Joe Zawinul. It is immersed in pines inside the park, and is located in the area of “Celio,” which is one of the seven grand hills of Rome. www.estateromana.comune.roma.it.

The “Notte Bianca” is the night scene that has blessed the city from the Paris competition that has beaten Rome over the years. But Rome knew how to transform itself thanks to its one of a kind art of scenography! The last five years have exploded with a true cultural phenomenon within the eternal city. Notte Bianca is composed of one entire night dedicated to shows, exhibitions, ballets, concerts, and puppet performances, whose celebration continues until the early morning. It’s a night of living without sleep, a night requiring energy, and starts on Friday ending sometime on Saturday – taking place during the first weeks of September. 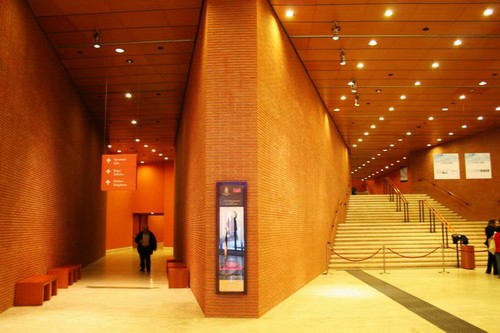 Over the last years, the festival marathon has decided to extend. Now, the celebrations start the day before Notte Bianca – preparing a strong strain of enthusiasm for the next night.

Other memorable events include all-night concerts preformed till sunrise at the “Quirinale” or “Gianicolo.” Thousands of artists come down, and more than 500 shows are in session – it’s impossible not to find the right show for everyone!

Rome’s city life is set in a fairytale. In between squares, monuments and fountains it couldn’t be possible to misplace an art like photography. Photography is brought to life during “International Festival of Rome” an important event featuring over 100 exhibitions fit into the arch of a two month period. It includes artists of international fame like; Josef Koudelka, Olivo Barbieri, Anders Petersen, and Martin Parr. Each year in April or May this event takes place, including principle museums, galleries, theatres, libraries, bars and clubs.

During this festival, the “Temple of Adriano” becomes a multi-purpose space www.fotografiafestival.it 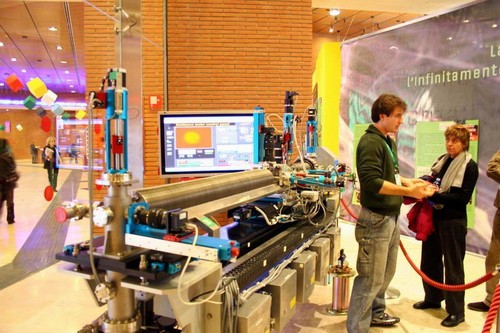 Museum of Contemporary Art of Rome 2

Rome is a city that lives in the open and it doesn’t matter if it finds itself in the middle of winter. For those who can be in the city during Christmas – what a special occasion for experiencing Roman Christmas decorations in the main Roman squares, and Christmas markets are found outside in Piazza Navona and San Pietro square. Starting on the 22nd of December, musical performances alternate between Italian and foreign music, not forgetting the comedians!

Another grand Summer Event is the free concert of famous bands in Piazza San Giovanni. Be there on the 1st of every May!

Rome holds the “Festival of Literature” in film city – famed pages are read around the Basilica of Massenzio by writers or actors. This festival has been in existence for the past five years and runs from May-June with the splendour of Roman Forum scenery. While appreciating Roman literature, you can watch the writers’ and actors performing on stage. The “Strange Couples” was presented in 2006. www.festivaldelleletterature.it

Roma Europa Festival! For more than 20 years, this festival has taken place from the beginning of September to November. It covers the entire month of October, and this is when the city becomes a great big Roman Stage! The “RomaEuropa Festival” presents new events as well as classic ones that are revisited such as the “Palladium Theatre.” The elegant structure is found in the heart of Garbatella. “RomaEuropa” is one of the major events dedicated to theatre and dance. www.romaeuropa.net

*These places are ideal for introducing oneself to the best of contemporary artistic productions.

Ciak Gira! Ciak Giro is another International Festival of Rome, it is a cinematography festival held in the city that was established in 2006. It has had world scale guest appearances that has captured the public especially when meeting actors, directors, and gossip VIP’s.

In October, the “Parco della Musica” (Music Park) submits news events, and the newborn “Casa del Cinema” (located in Largo Mastroniani-Mastoniani Square) will feature young Italian films. It’s a night for the Italians the “Serrate Italiane,” and for all. The kids are not forgotten, they present for them, the “Alice nella Citta.” Both of these reside in the greeneries of Villa Borghese. 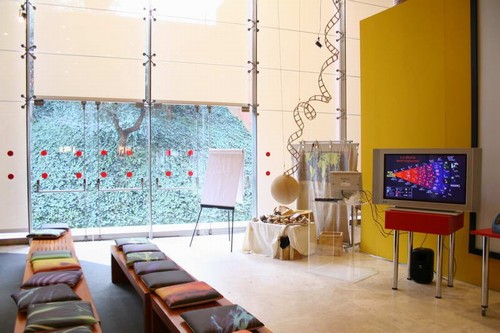 Rome will be looking into the future eventually holding events such as Video art, Computergraphy and Music Videos. www.romacinema-fest.org

Rome’s coast is even closer than you think! It’s not a coincidence that a small number of people remain in the city. They do congregate on the beaches even on their lunch breaks. Along the Roman seaside you may visit the excavated town of “Ostia Antica” a city that was once living during the end of the 4th century A.D. It was hidden underground and discovered only in the early 1900’s. Roads and squares were discovered under the sand– evidence of a place that once flourished. Emperors erected monuments like: Terme di Nettuno, Il Capitolim, IL Teatro, the Garden Houses, police and firemen barracks, (behind the baths) and the sanctuary of Cibele. 700 meters – 2,300 feet of excavations took place at Ostia Antica.

They discovered the castle of Giulio II, that (in the Renaissance 1488) Baccio Pontelli erected for Cardinal Giulio of Rovere – the future pope. The 1st ex-Italian military architecture.

A restaurant called “Mastino” serves fresh fish right on the edge of the sea in Ostia. A place where groups of intellectuals and artists met in the 1950’s; their point of referral for the weekend. Among them were the faces of; Federico Fellini and Marcello Mastroniani.