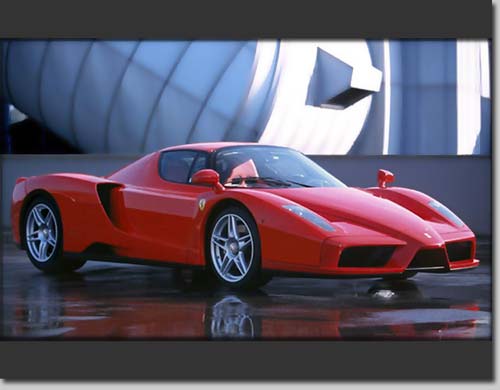 Don’t answer immediately. Take some time to think before responding.

How many things can you identify that are at the same time not only precious objects, but also status symbols, social phenomena, and subjects of graduation thesis in such varied areas as sociology, sports, industry and law?

Fine: Now weed out all those objects that do not have a history of at least fifty years, marked by alternating defeats and victories, deaths and resurrections, risks of failure and bankruptcy, super-profitable earnings, and famous personalities in the waiting rooms.

I don’t know about the United States, but in Europe, only Ferrari remains.

The little horse of Maranello -the second most important entity among those born in a stable- is the all and nothing of automobile-ism, incarnating for more than half a century a dream on four wheels, the ultimate manifestation of the ever-existing human weakness that drives us, inevitably, towards that which is beautiful in itself, even though-and especially if-identified with the superfluous.

A Ferrari does not take the kids to school or the dog to the vet; it is not to be seen in the parking lot of the supermarket, nor is it taken to work. But it is great for traveling to Montecarlo, even if you don’t gamble, or for tooling around the center even if you live in the very heart of Paris. 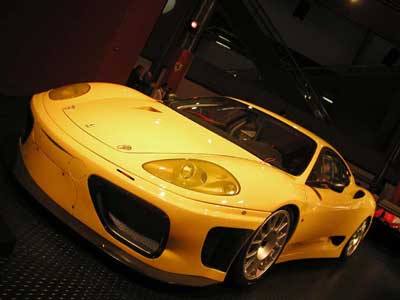 But Enzo Ferrari was a man who had exceptional intuitive capacities, and this explains in great part – but this is my very personal opinion – the great success that he was able to confer to his creatures-marvelously unnecessary and absolutely essential at the same time.

He identified, first of all, the “other” factors that are basic for commercial success for so-called “niche items”, and these are now carefully described in any text dealing with market dynamics: exclusivity and potential – in this case deriving from sports performance – and the exceptionally strong personal characterization, almost patriarchal, of the company.

In the ninety years of the long life with which he was blessed, the man of Modena made the most of his personal potential, building with the precision of an engineer (which in effect he was, but only honoris causa) that which he had planned in his youth.
It was the Alfa Romeo, that for good reason believed in his organizational skills more than in his talent as a driver, that offered him his first opportunities for business success, but the beginning of his legend had a precise place and date: Piacenza, 11 May 1947.

The launching of the first automobile that carried his name took place once the agreement of non-competition with Alfa Romeo ended. On the basis of that agreement, he had been forbidden to produce cars with the name Ferrari.

Not that this clause could dampen the dynamic Enzo, who already in 1940 had made some appearances with the “Auto Avio Costruzioni” 815 with a Touring chassis, but the power of the name Ferrari Team and of the Little Horse, figured on the bonnets of the Alfa Romeo in all the most important victories of the thirties, could not escape the only person that had the right, even though time bound, to use them.
So Enzo Ferrari waited: certainly not patiently, but he waited nevertheless.

And on 11 May 1947 his wait ended. The Ferrari 125 S made its entrance into the automotive world at Piacenza, in the hands of Franco Cortese: a good race that ended with the withdrawal when the debutante was comfortably ahead in the race. But this was not a problem, because in the successive race, the Circuit of Caracalla of 25 May, victory was restored during the course of the “Primavera Romana del Motore” (the Roman Spring of Motors).

The first page of history was written on the 137.60 kilometers of the 40 lap race.

This was indeed an unusual coincidence. It was always said, in fact, that the Commendatore (Ferrari) did not have a good relationship with the capital, understood as the center of political power – certainly not of Rome itself. And yet it is not at all to be excluded that his so-called allergy for the establishment was actually in some way exaggerated by the Commendatore himself, a reflection of his love for melodrama, and of his knowledge of the attraction exerted by the self-made man who achieves success without help of the powerful, indeed even in contrast with them. 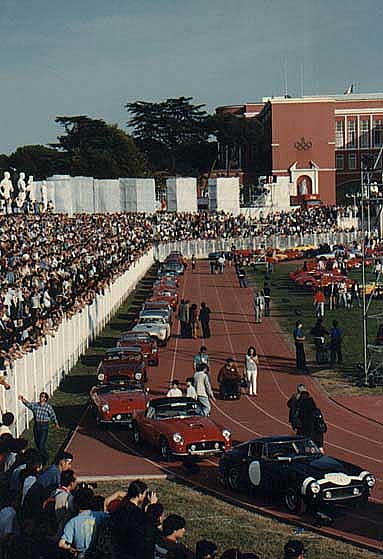 Was it not Catullo who dedicated one of his famous writings to the absolute indifference that he felt with regard to Cesaer? Nevertheless it is not credible that this businessman, not just the man, was able to move through the ruins (not only in material terms, but also in financial terms) of the post war period in Italy without the help of allies, if not powerful friends.

Certainly, he was a man of exceptional courage: if you observe one of the few photos of the period you will note that the participants of the first races in the post-war period would use anything as long as they could race: the cars of the 30s and even of the 20s were brought to light emerging from underground hiding places where they had been hidden to protect them from the quest for metal of a nation at war.

Even the remains of war machines were cannibalized to obtain motors and suspensions, while the tires were often the same as those that had been used in races ten or more years earlier.

In such a situation the 12 cylinders of the Ferrari 125S were nothing less than technological heresy, in addition to being a great risk from an economic point of view.

But so it was.

The future Engineer Ferrari (alias the “Grand old gentleman” alias the “Commendatore” (commander), alias “Capo” (boss), abandoned his profitable activity of producing “oleodinamic” machines to plunge into the battle with an automobile having a very expensive and complicated motor, and above all no commercial prospects in the financial desert of the post-war period.

Hey this could use some updating!

0
in Italy > Life & Style > Italian Cars > Ferrari: A Brief History of the Marque