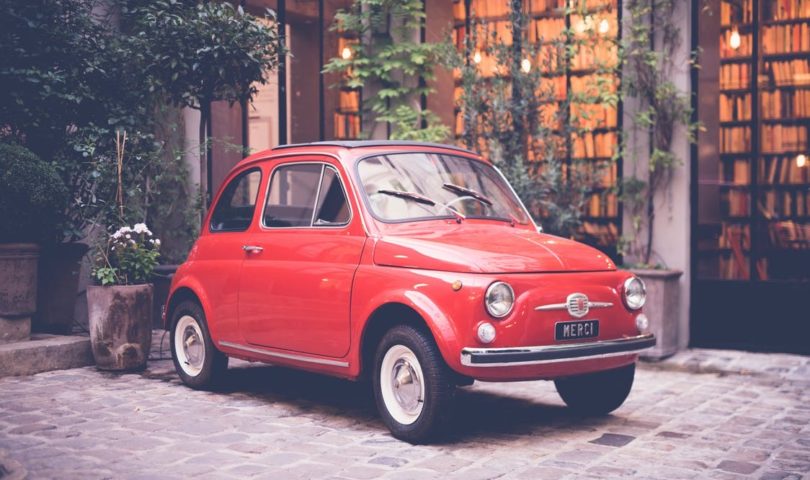 A name, a story, a myth. A car that lasts through decades.

Fiat started its adventure in 1899. Ever since, it has manufactured classic and revolutionary cars. But one deserves its own focus. Indeed, it’s the Fiat 500.

The beginnings of the icon

This model was introduced on July 4th, 1957. It was impossible to ignore, despite the unpretentious looks and resonant sounds emanating from its two-cylinder, air-cooled engine. Dante Giacosa designed the first vehicle, nicknaming it Topolino (tiny mouse). From 1936 and 1955, this way the tiniest car in the world. And the Topolino sold 500,000 units.

In 1955, Fiat launched the the mid size, rear wheel drive 600. Later, this model became the base for the 500. The Italian manufacturer wanted to create a small and efficient car, ideal for traffic and the tiny, narrow, Italian roads. Hence, the concept of the “city car” was born. And in 1957, the Fiat 500 emerged. It was the first small car that maximized interior space.

In fact, its dimensions were 9 feet 9 inches long, 4.3 feet wide and 4.3 feet tall. The wheelbase measured 6 feet and it only weighted 1,100 pounds. It was an instant success. It was fuel efficient, fun, and actually spacious. People called it the people’s car for Italy, referring to the Volkswagen Beetle (Volkswagen itself means “the peoples car” in German). In fact a lot of the car was based on the Beetle, more specifically in the rear engine.

The first models of Fiat 500

Through all the time the 500 was available, it always sold. America did not receive the 500, although classic car dealerships sometimes have them as imported items, as many from Europe have fallen in love with this tiny and beautiful car, and how many are still flying around Italy roads.

On the 4th July 2007, exactly 50 years after the very first nuova 500 appeared, Fiat launched a new version, available in three models: Pop, Sport and Lounge. This new version, Fiat says, is “entertaining and practical, environmentally-friendly and accessible, but also appealing and full of fun.” After all, it’s the Dolcevita.

By By Charles L. Joseph and By Daniel Lora