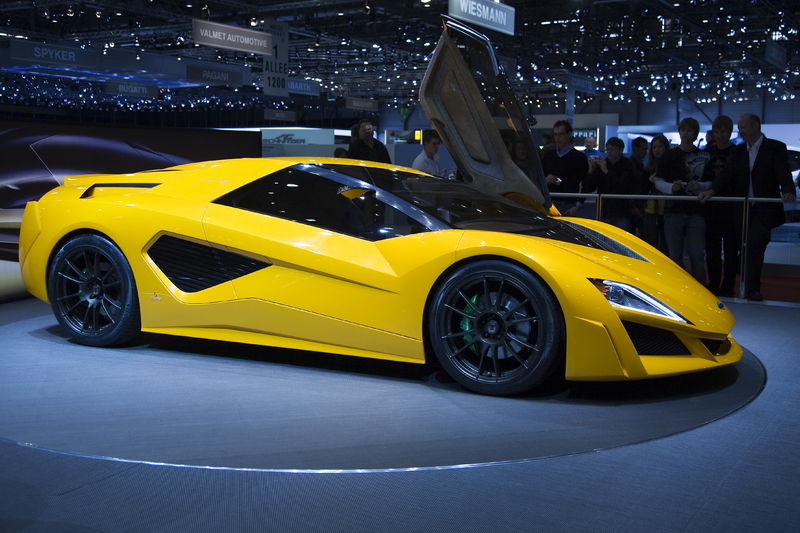 For anyone who has ever wondered who has influenced the design of Italian cars to the greatest extent in the 20th century, one name stands out from Italy’s dazzling array of talent: Giorgetto Giugiaro. He has designed more cars than any other designer and was named Car Designer of the Century in 1999 by the Global Automotive Elections Foundation from a field of 25 designers which included the names of many of the car manufacturers for which Giugiaro has created designs. He was also inducted into the Automotive Hall of Fame in 2002.

The design portfolio of Giorgetto Giugiaro includes an assembly of supercars as well as several of the most popular everyday vehicles driven today. In addition to cars, Giugiaro has designed camera bodies for Nikon, computer prototypes for Apple, and developed a new pasta shape “Marille”. Cinema lovers may have noticed the amazing watch worn by Sigourney Weaver when she played the character “Lieutenant Ripley” in the 1986 movie “Aliens.” This too was an original Giorgetto Giugiaro design for the watchmaker Seiko, the Speedmaster Chronograph.

In this design, the vertical stopwatch pushers are located inside the asymmetrical case extension and this is the feature that makes this watch totally unique. During the 1985-86 period Giugiaro created several other designs for Seiko with asymmetric qualities as well. However it’s without question that the design genius of Giorgetto Giugiaro is most noted for his automotive creations. His initial efforts resulted in the sensuous Ferrari 250 Berlinetta Bertone, the Maserati Ghibli, the Iso Grifo and the De TomasoMangusta.

During the 1970s Giugiaro introduced the highly angular “folded paper” design concept which included the 1970 VW-Porsche Tapiro which became a strong influence on the car designs that followed. In straight line designs, Giorgetto Giugiaro crafted the BMW M1, along with the Maserati Bora and showed his softer approach in the Lamborghini Cala and Ferrari GG50.

One of the most outstanding designs that drew rave reviews around the world and especially in the United States was the design of the 1966 Mustang, the “original Italian stallion.” Giorgetto Giugiaro worked at Bertone in the mid-1960s and styled this Bertone Mustang 2+2 as a joint-venture project between Ford and hardbound car publication Automobile Quarterly. Four decades later, Giugiaro runs his own studio, Italdesign, and his son Maurizio spearheads the new one. The March 2007 issue of Motor Trend features the new Giugiaro Mustang cover car. This eye-catching blend of Italian design and American muscle is reminiscent of the 1966 model.

As with the first Mustang design, the modern version retains the stock Mustang’s chassis and dimensions, however all body panels were replaced and the interior has been completed redesigned as well. Both of these car designs are still recognizable as Mustangs, but with a distinctly Italian flair. In the Bertone Mustang car design, the slim roof pillars and airy greenhouse are typical of this period. This was first introduced to the public at the New York auto show in April 1965. The new one broke cover at the Los Angeles show, 41 years, seven months later.

The love of art is in Giugiaro’s blood: his grandfather Luigi painted church frescoes and his father, Mario, was also involved in the making of decorative religious art and oil paintings when he was a youth in northwest Italy. He was about to turn 17 years old in June 1955, when some of his car sketches were displayed in a school exhibition. Dante Giacosa, Fiat’s technical director, saw the talent behind his work and hired him three months later.

As a result, Giugiaro worked under the supervision of Fabio Luigi Rapi for three years in Fiat’s Special Vehicle Design Study Department. He left Fiat in December 1959 to head the Bertone Styling Center.

Here the opportunities for progress were much better than at Fiat; Nuccio Bertone totally supported and invested resources in his 21-year-old prodigy, and the results were rewarding for them both. Under Bertone’s guidance Giugiaro created designs that brought them both prestige including the BMW 3200 CS in 1961 and the Fiat 850 spider and Dino coupe in 1965-1967.

Giugiaro joined Ghia after six years at Bertone and in 1966 his Maserati Ghibli and De Tomaso Mangusta made an impressive appearance at the Turin motor show. Both of these cars would prove to be a source of influence in car design in the years that followed. His talents have also benefitted several Asian carmakers with his Isuzu 117 coupe of 1966 gaining a tremendous following in Japan. He began freelancing in 1967 after leaving Ghia and founded the company that would become Italdesign-Giugiaro in 1968 where he has styled over 80 production cars, prototypes and concepts.

In 2010 Italiandesign Giugiaro entered the Volkswagen group and in 2015 he sold all the share he had left and created a new design company, GFG Style, with his son Fabrizio.