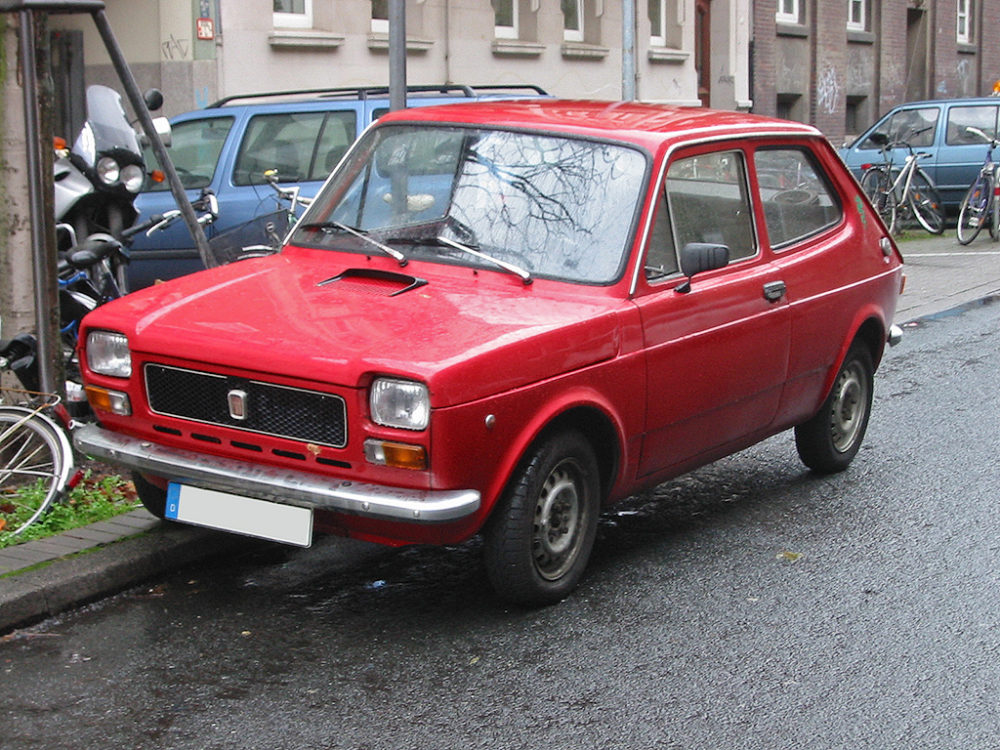 The Fiat 127 first appeared in the Italian marketplace in 1971 to replace the popular 850 model. The Fiat 127 was to be produced until 1983 when it was replaced by the Fiat Uno. Originally the 127 was only available as a two-door and it would later be produced as a three-door hatchback. The hatchback was similar to the original in style and featured folding seats and a rear door. The 127 was the first supermini hatchback to roll off at the Fiat manufacturing line.

The 127 had front wheel drive and a state of the art transverse engine with the transmission mounted on the end. The design ideas were first tested in 1964 by Autobianchi Primula, a Fiat subsidiary along with Autobianchi A112. The Fiat 127 also featured a rugged 903 cc valve engine and a unique leaf spring suspension in the rear. It instantly became a popular model. 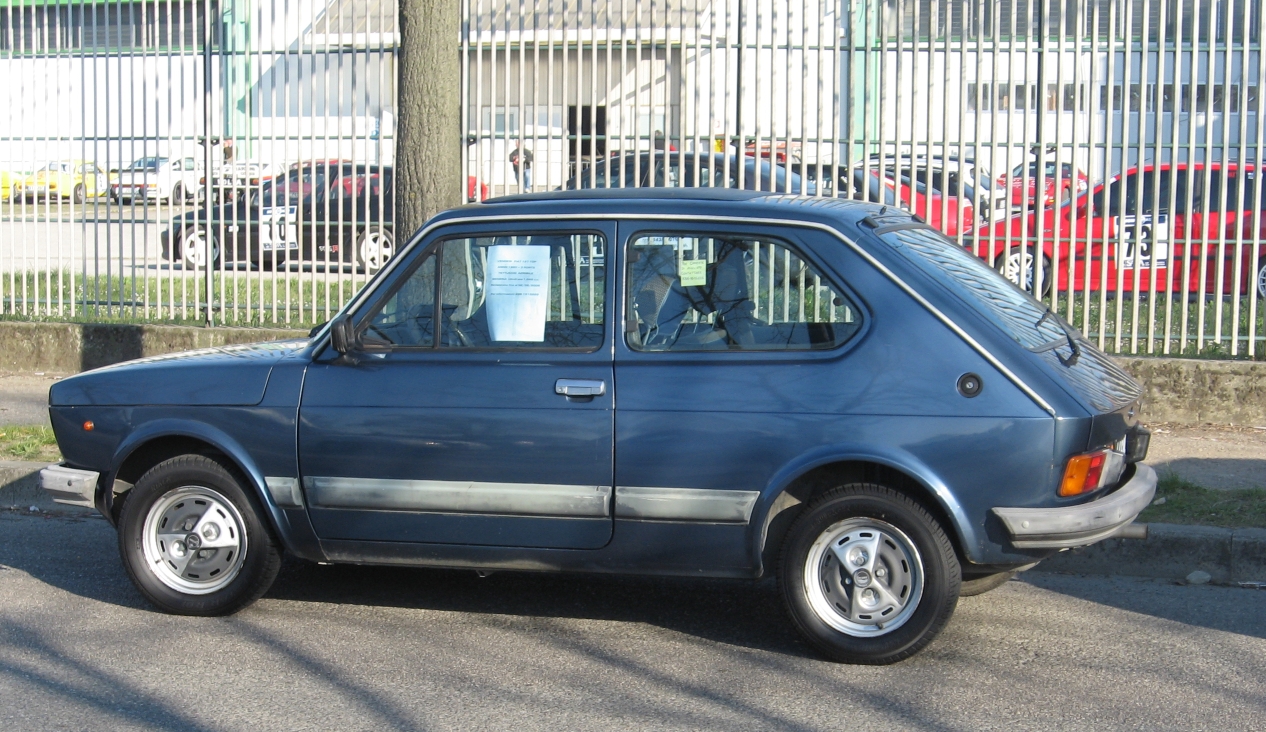 The car received recognition and fame for utilizing its small space well. Almost eighty percent of the space of the car was available for luggage and passengers. The car was also known for its handling.

Along with its popular success the Fiat 127 was named the European Car of the Year in 1972. One of the most popular cars in Europe, the millionth 127 was produced at the Mirafiori plant in Turin in 1974. By comparison the Fiat 600 took seven years to reach the same numbers.

The first series of Fiat 127 did not change much during its lifetime. In 1973 the saloons became available in deluxe as well as a standard version. The deluxe version of the car featured reclining front seats and rear hinged side windows. In 1975 a special version of the Fiat 127 was launched with a restyled front grille. 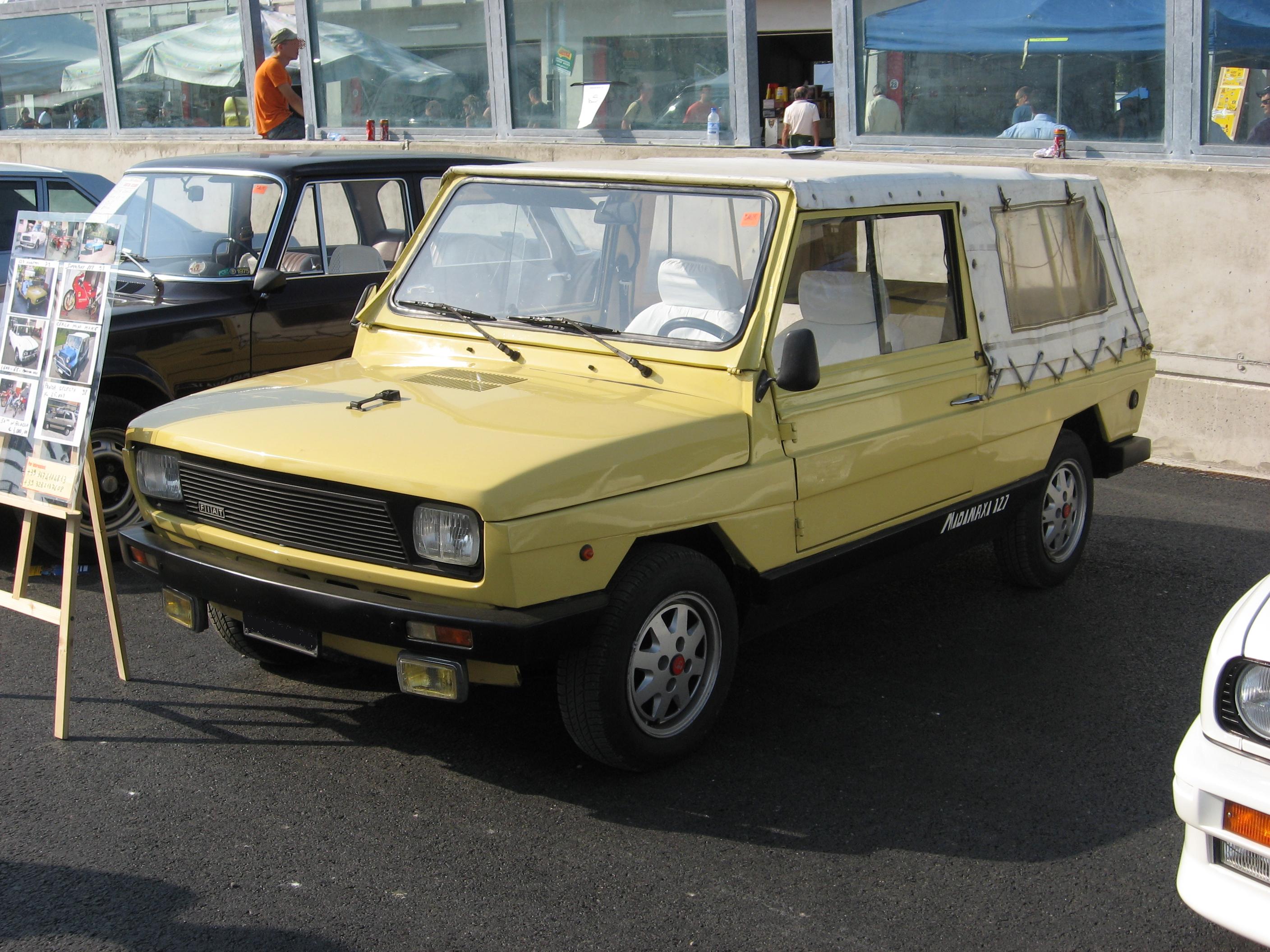 The second series of the 127 was launched in 1977. The car had a restyled front and rear, a new dashboard, an option for a 1049 cc engine and a larger rear glass window. The tailgate was also extended so it reached the rear bumper which solved the problem of storing luggage over the high lip. At the same time a five-door derivative was launched in several countries.

In 1982 the Series 3 was launched in Italy and other countries. One of the many differences between the Series 2 and Series 3 was that the latter featured a plastic grille. The Series 3 dashboard was completely redesigned and based on the Ritmo/Strada range of cars, and it came with the option for a 1,301 cc Fiat SOHC engine.

A year later the Fiat Uno replaced the Fiat 127, although up until 1995 different versions of the 127 were still being produced in various parts of South America. Until 1987 the 127 Unificata, the South American version of the Fiat, was being imported to Europe.

Variants in Other Countries

As was the case with earlier Fiat models SEAT made a Spanish version of the Fiat 127 called the SEAT 127. As per SEAT specifications a four-door variant was produced as well as a unique version of the 127 that had an OHV engine. This version had a 1010 cc engine and produced 50 bhp instead of 903 cc.

Later SEAT changed some of the parts of the 127 and introduced SEAT Fura Dos when their license expired. Some of the designs had been used on the Ibiza Mark 1. More than 1,238,000 of these cars were produced by SEAT from 1972 until 1984. 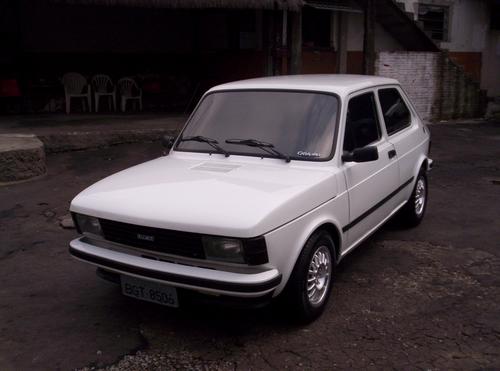 In Brazil a three-door wagon based on the 127 was produced called the Fiat 147, the only version with a 1.3 diesel engine. This car was exported to Europe and was sold with the 127 hatchbacks and sedans. In Argentina variants of the 127 were sold under the Fiat 147 and Spazio tags. In Yugoslavia the design of Fiat 127 was used to create the Yugo 45.

Though the car did reasonably well it had a reputation for not being reliable. It was seen as a low level model in Brazil where Fiat had just entered the market in the 1970s.