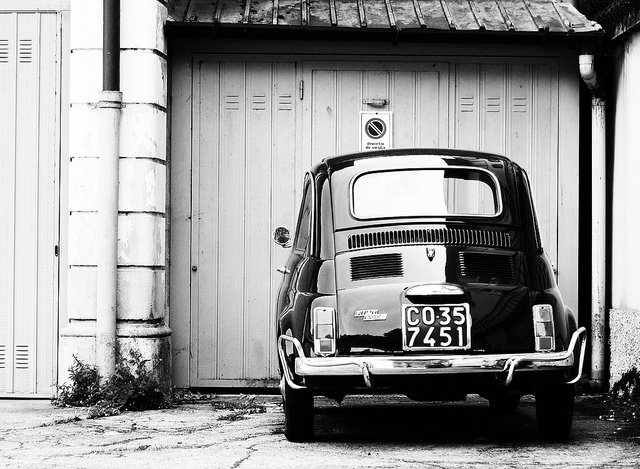 Say the words iconic Italian motorcar to most petrol heads and most won’t think of the Fiat 500; they will automatically conjure up images of Ferrari, Lamborghini, Maserati. There’s nothing wrong with this of course, as these names represent the very best and quintessential luxury sports cars designed to make a lasting impression. They are also a testament to Italy’s strong sense of individual expression, extraordinary sense of style, design prowess and fiery passion.

Despite the attraction of cruising around in a testosterone powered super car, you get a very different response when you arrive in a Fiat 500 (cinquecento). One of the hottest selling and most popular cars ever to leave Italy during the 1960’s, the diminutive Fiat 500 is still impossible to ignore with its unpretentious looks and resonant sounds emanating from its two-cylinder, air-cooled engine.

Designed by Dante Giacosa, the very first Fiat 500 was nicknamed the Topolino, which at the time of production, was one of the smallest cars in the world. These baby Fiats were produced from 1936 until 1955.

In all, over 500,000 models of the Topolino were sold, but in 1955 Fiat launched the mid size, rear wheel drive 600 that would later become the design basis for the new Fiat 500, which today ranks among Italian cult icons. On the 4th July 2007, exactly 50 years after the very first nuova 500 appeared, Fiat launched a new version, available in three models: Pop, Sport and Lounge. This new version, Fiat says, is “entertaining and practical, environmentally-friendly and accessible, but also appealing and full of fun.”

Its sheer ubiquity in Italy’s towns and cities means that they are never hard to find and whenever I see or hear one these classical icons, I find myself contemplating, completely suspended in a timeless silence as my thoughts rekindle powerful and wonderful memories of my childhood when I first became acquainted with the cinquecento. I vividly recall my summer visits to Puglia where I would get to ride in my grandfather’s treasured, pristine white cinquecento F.

Riding around Taranto and Grottaglie in this little car that was made ideally for pottering through the narrow and cobbled streets of Italian towns and villages was certainly an indescribable pleasure. As well as its unusual looks and sounds, the cinquecento’s plastic interior also had a distinctive fragrance that was not uncommon among Fiats of that era.

Il piccolo grande cinquino, as it is affectionately known, has a special place in my heart. I am glad that it was recently ranked as a “car of its time that remains great today.” Moreover, the Fiat 500 “immobilised a nation, and since that nation was Italy it did it in a hyperactive and charismatic way.” What better way to remember this tiny, historic and ingeniously engineered car?

During its heyday it wasn’t just a car, it represented the richness of life that is so unique to Italy and Italians. There’s definitely a star quality to the cinquecento. But you don’t have to take my word for it – even Michael Schumacher apparently has one.