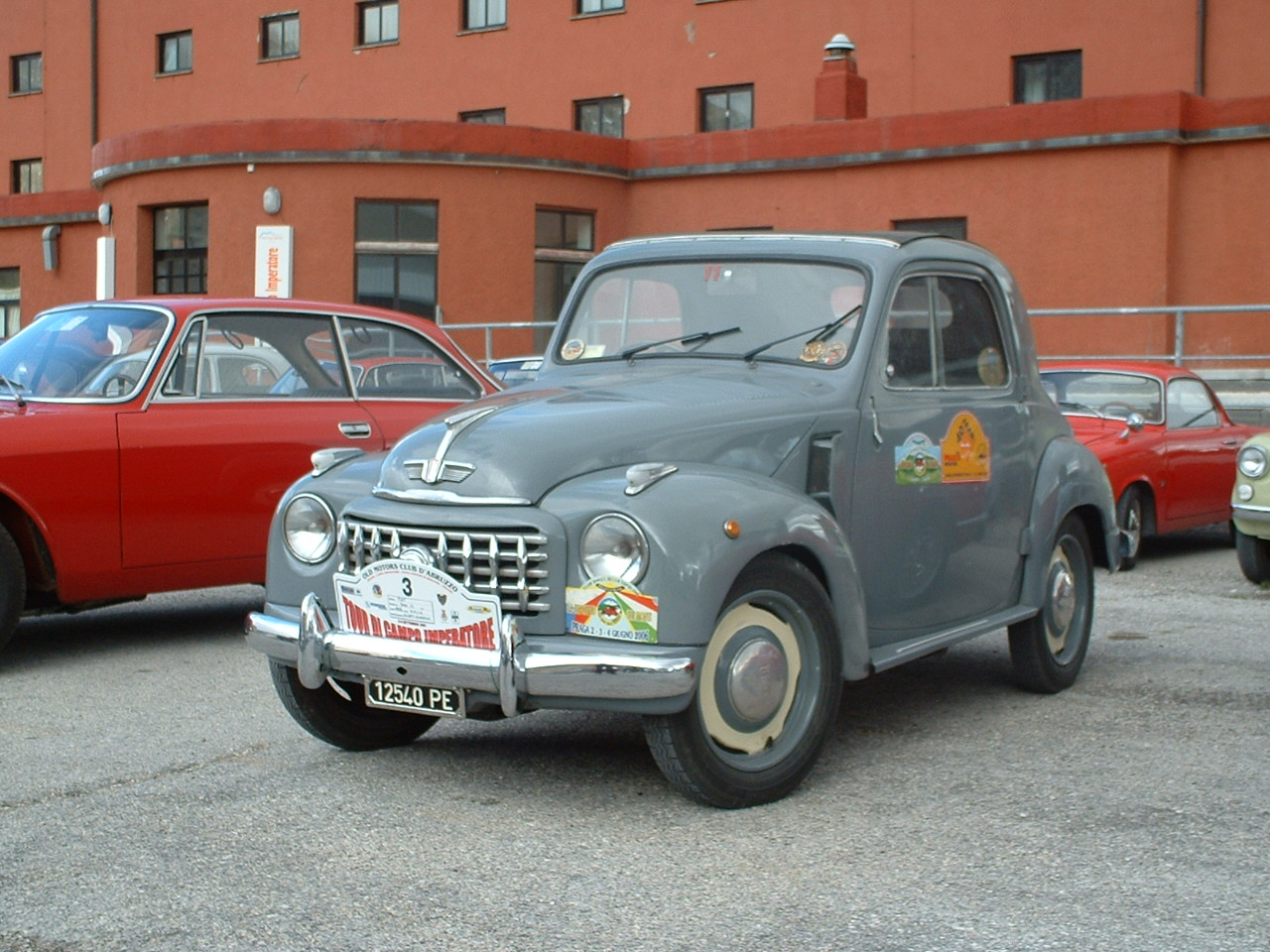 Topolino or “Little Mouse” is the nickname given to the Fiat 500, which was the smallest car in the world when it was first produced in 1937. The last 500 came off the line in 1975, and today the tiny machines have become instantly recognizable symbols of Italy.

Specifications of the Fiat Topolino 500

When first produced the car was equipped with a 569 cc four- cylinder engine complete with side walve and water cooling mechanism. The car’s engine was located in front of its front axle and the radiator was mounted behind the engine. The position of the radiator allowed the car to have a lowered-nose profile, unique from the flat front grills other manufacturers were producing at the time and great for visibility.

Originally, the 500’s rear suspension was built on quarter elliptic rear springs, but when Fiat saw that customers were filling up the little cars with as many as five passengers this was revised. In later years the rear chassis was extended to allow for stronger and more robust semi-elliptic springs that were able to hold additional weight.

The highest speed originally offered by the car was 53 mph and it could achieve around 39 miles for every gallon. When first introduced the price of the car was about 5,000 lire. At its highest point the cost of the car was 9,750 lire, due to high demand. When other manufacturers began offering similar cars the price was lowered to 8,900 lire. Though Fiat found the Topolino to be more expensive to produce than originally planned the car remained competitively priced.

Improvements to the Fiat Topolino

Changes were once again made in 1968, when the 500 L was launched, and were centered on increasing the interior comfort level. The steering wheel was changed, while carpeting, reclining seats and an instrument panel was added to the design.

In 1972 the Fiat 126 was introduced as the replacement of the 500. The model had the same design as the 500, including a small rear engine, but more comfort and power. Unfortunately for Fiat the 126 never became as popular as the 500 it replaced.

In 2004, Fiat launched the Trepiuno, which has the feel of a 500. An upgraded model was launched in 2007, but so far its performance has not been as successful as the original.

Fiat is now working on a small, economic car for city driving to range below the Panda. Code name of the project? Topolino, of course. The four-seater model is to be manufactured in the Zastava plant in Kragujevac, Serbia. Reportedly, Fiat has invested 700 million euros to modernize the Zastava plant. The original plan is to produce 200,000 models of the new Topolino.

Don’t be surprised if you soon see these new models zipping through the streets of Italy right alongside their older forebearers.