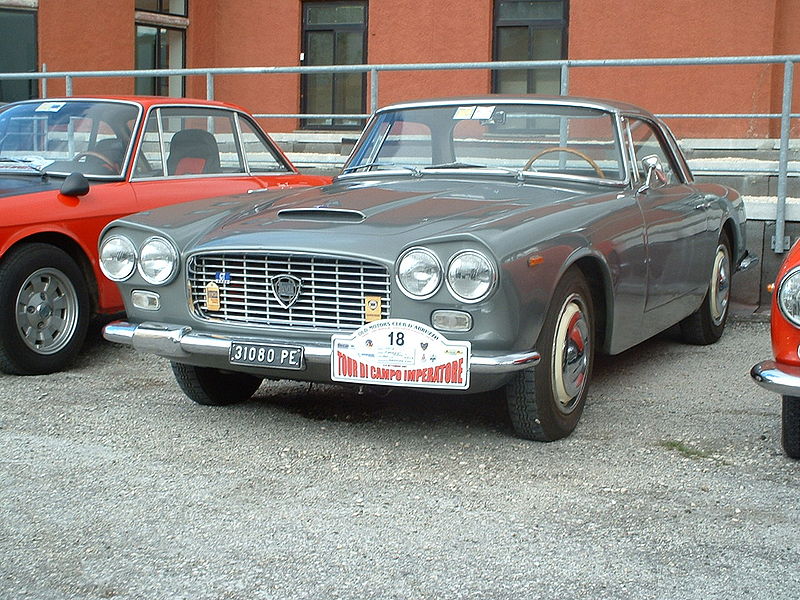 The Lancia marque launched the luxury model Flaminia with a powerful 2,458 cc V-6 engine in 1957. In keeping with the Lancia tradition of naming individual models after Roman roads, the Flaminia was named after “Via Flaminia,” the road leading from Rome to Rimini.

The car was developed to carry six people and was one of the most expensive Italian cars. Because of its luxurious space it became the favored vehicle of the Pope as well as politicians, celebrities and dignitaries. The upgraded Flaminia replaced the Aurelia as the flagship model and enjoyed a high level of public admiration for its opulent stance due to its wide base.

Throughout its 13 year production life cycle, 12,633 Flaminias were sold. The Lancia Flaminia was available as saloon, coupé and cabriolet with several prestigious Italian coachbuilders supplying the bodies. Pininfarina produced four of the “presidential stretched” limousine for occasions of state importance.

The Flaminia’s chassis was based on the Aurelia model with significant improvements; the front suspension became an independent suspension which incorporated double wishbones. Adding to the luxurious ride of this car were an anti-roll bar, coil springs and telescopic shock absorbers. The initial Flaminia was fitted with drum brakes, after the first 500 cars had been build disc brakes were substituted. The production version of the Lancia Flaminia appeared in 1957. 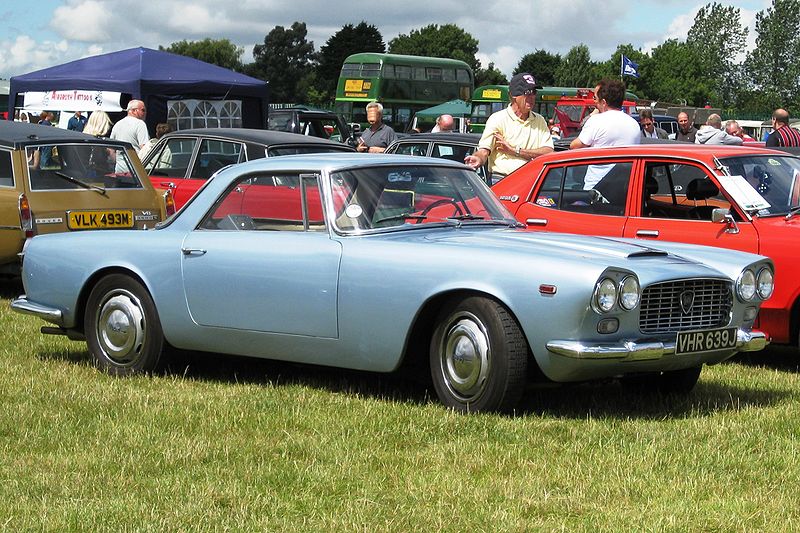 The Flaminia’s engine was an evolution of the world’s first V6, which was introduced in the Aurelia. It had increased bore and decreased stroke, and a much bigger displacement. The Lancia Flaminia Berlina was the saloon version of the car designed by Pininfarina based on the Florida I prototype and the only car body actually built by Lancia that lasted throughout the entire production cycle.

The Lancia Flaminia Coupé Pininfarina was designed and built by the coachbuilder. This model was very similar to the Florida II prototype and had a shortened wheelbase relative to the Berlina. Only 5,236 Coupés were built until 1967.

Carrozzeria Touring designed and built the Lancia Flaminia GT. These aluminum bodied, two-door versions had four distinctive round headlights instead of the two on the Pininfarina designed Flaminias. This model had a shorter cabin in addition to the shortened wheelbase for the GT and Convertibile effectively allowing seating for two. 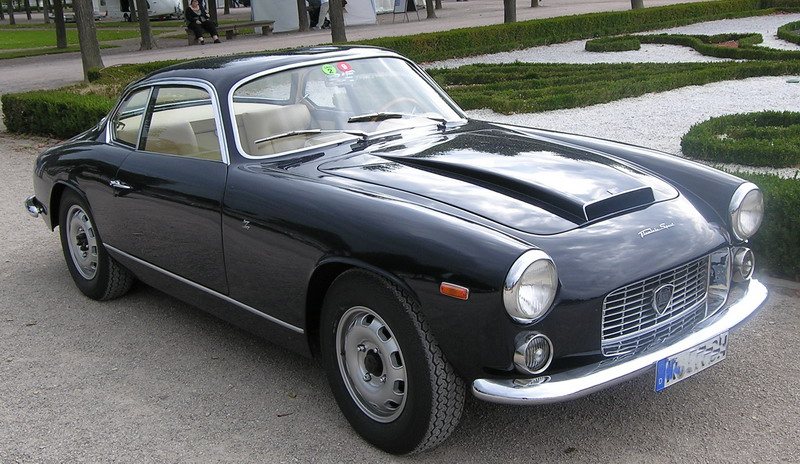 Lancia Flaminia Sport Zagato was also a two-seater and very similar in construction to the GT, with a very distinctive rounded aluminum body with pop-out handles and replaced the Sport in 1964. The first Sport Zagato was mounted with flush covered headlights which were later changed to the more classic round ones.

Flaminia Presidenziale: In 1960 President Gronchi commissioned Pininfarina to deliver four stretched Lancia Flaminia limousines in recognition of Queen Elizabeth II announcement of her visit to Italy. Within a record time of six months of the commission was completed to exact detail with the assistance of General Motors. These super luxurious vehicles were officially called the “335” due to its 335 cm wheelbase, and were able to seat seven people. The vehicles were painted dark blue and had black leather upholstery, Voxon radio and Pirelli tires.

All of the Flaminia models catered to the luxury class whether for two or seven persons. However, for most car enthusiasts, who are looking for the best balance of beauty and practicability in this model, it is the 2.8L Touring GTL that provides these qualities best. Only 300 were built and most were registered after 1965.

In this model Touring used their famous “Superleggera” concept. The vehicle had a full aluminum body built on a light tubular frame; from the side the car’s appearance was firmly contained with pure lines and slim profile. This car was definitely one of the most elegant and modern for its place in time to be sure.

One of the reasons for the popularity of the Lancia Flaminia was its double front headlights making it a highly distinguishable car. The headlights were inserted in the front wing in a triangular motif and the rear lights followed a similar design housed in their rear wing location. 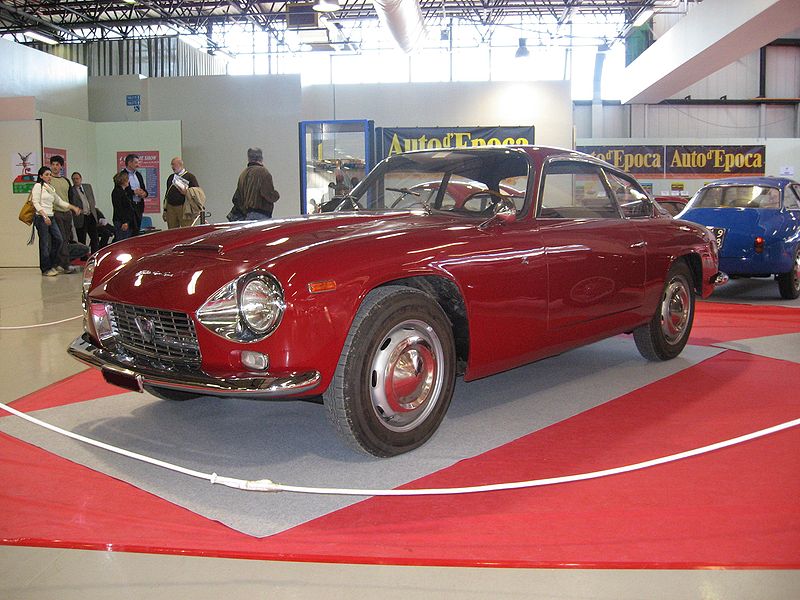 The proof of the classic appeal of this design is easily seen by the demand for this model by collectors. Today the Lancia Flaminia fetches a price that is on par with some of the latter day classics. Of all of the luxury vehicles produced by various manufacturers, it is the Flaminia that is most closely associated with the world of power during that period of Italy’s history. This association has helped to keep the model in high demand with collectors all over the world. The marque of Lancia continues to bring innovation and luxury to millions of drivers around the world. The different Flaminia models produced at the height of their popularity shows the versatility in design that has been refined in the models that the company offers for sale today.