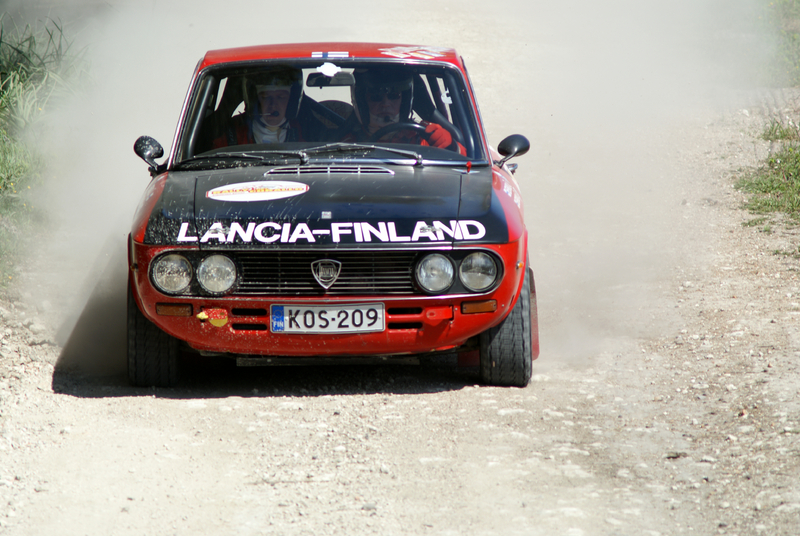 At the 1963 Geneva Motor Show the Italian car manufacturer Lancia introduced the Fulvia, a model they would produce until 1976. Fulvia cars are well known in automobile history and won the International Rally Championship in 1972. While testing this car and its engine in 1967 Road & Track magazine described the car as being a precise machine with state of the art engineering.

Antonia Fessia designed the Fulvia Berlina to replace the Lancia Appia, although the cars did not have any components in common. The Fulvia was a front wheel drive like the Flavia and the Appia was a rear wheel drive. The basic engineering design of the Fulvia was similar to Flavia, but the major change was in the engine. Where the Flavia had a four cylinder placed horizontally against the engine the  Fulvia had a “Narrow Angle” configuration.

The Fulvia had a longitudinal engine fit in front of the transaxle, as well as independent suspension using the wishbones in the front and the leaf spring. The first series of Fulvias had Dunlop disc brakes, while the second generation, introduced in 1970, had a brake upgrade with bigger Girling calipers and brake servos. There was also a change in the hand brake design, with the new design seperate drums were used on the brake shoes on the rear wheels.

The car’s narrow-angle V4 engine was designed by Zaccone Mina. It used a narrow angle and was fitted well at a 45 degree angle. The car had a DOHC design with one camshaft operating the exhaust valves and another operating all intake valves. The narrow angle of the cylinders allowed the use of a single cylinder head.

The Fulvia had three versions: the Berlina, Coupe and the Sport. A substitute coupe was also designed and built by Zagato on the original Coupe floorpan.

Berlina 2C – An updated version launched during late 1963 with 71 bhp, its engine had twin Solex carburetors and the body-shell had front updated subframe mountings.

Berlina GTE – This version was introduced in 1968 with an updated 1298 cc engine with 87 bhp at 6000 rpm. The brakes were updated with brake servo.

Berlina S2 – The Berlina Series 2 was launched in 1969 and had a 1298 cc engine and updated body with a longer wheel base.

Berlina ‘S2– This version was introduced in 1970 and had a 5-speed gear box and 128 cc engine. Bigger Girling calipers and pads were used in place of the Dunlop system that was used on the Series 1 cars.

Coupe HF – This version was more competitive and was introduced in 1965. It had a 1216 cc engine with 88 bhp and 6000 rpm. The car body was updated by fitting aluminum doors, bonnet and bootlid combined with rear windows and plexiglass side.

Rallye 1.6 HF Variante 1016 – The Rallye was the most powerful version of the Fulvia with a 1584 cc engine and up to 132 hp depending in the tuning. This version was used by the works rally team until 1974.

Coupe 1.3s, 2nd Series – The new model had a new 5-speed gear box with 1298 cc engine and the body of the car also got a facelift. The engine produced 90 hp at 6000 rpm. Bigger Girling calipers and pads were used in place of the Dunlop system that was used on the Series 1 cars.

Coupe 1600HF, 2nd Series – This version got a steel body and a facelift along with a 1584 cc engine producing 115 hp with 6000 rpm. The body structure was changed from the basic 1.3 coupe to fit in “flared” wheel arches. Lusso models had more trim and were fixed with bumpers. These “luxury” models were mainly for export.

Coupe 1.3s Safari – A special edition of the standard Coupe that came with a special trim and exterior badges along with 4.5J lingh alloy wheels.

Coupe Fulvia 3 – This version was launched in 1974 with redesigned seats, faced instrument dials and an upgraded range of trim colors, options and materials. The mechanism was the same as the previous 1.3s S2 Coupes with an exception of the emission control on the solex carburetors.

Sport – S-Seat Zagato – This car was a rebuild of the Coupe with a bodyshell made from aluminium and a 1216 cc engine. The earlier versions all had aluminum bodyshells, but they were later changed to steel while the bonnet and the doors were aluminum. The updated version had a 1298 cc engine that gave 92 hp.