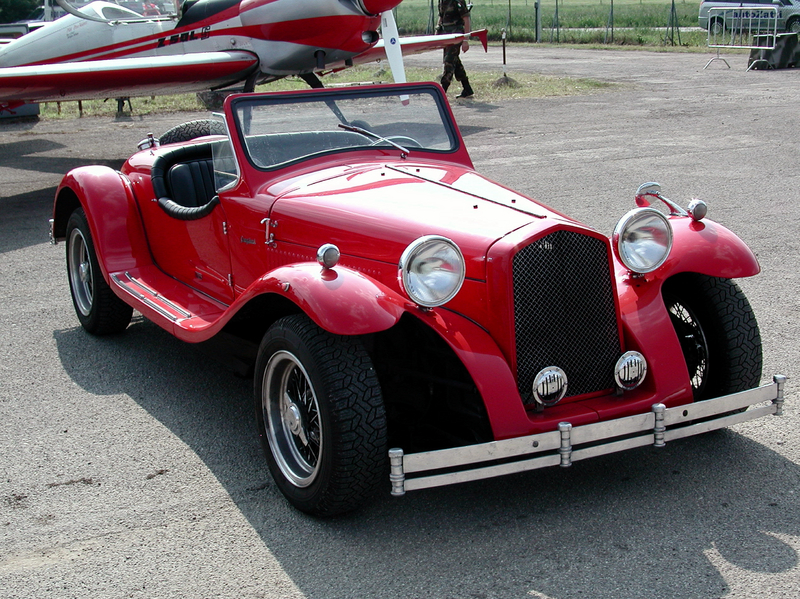 The year 2010 marked the century point for the car manufacturer Alfa Romeo and as you would expect there were a variety of events to celebrate this historic event. The fan clubs of this prestigious automobile marque commemorated the milestone in a style befitting its reputation. Italy, Alfa Romeo and car racing have been an exciting combination for millions of auto enthusiasts from around the world. On or off the track the legendary Spyder Veloce stands apart from the crowd as one of the best loved designs ever produced.

Italian sports cars have long proven to be highly valued by collectors as well as professional racers: Alfa Romeo has created several cars that have filled the dreams of millions of drivers. These cars are held in high esteem for their endurance, innovative design as well as its superb engineering. Particularly for members of the “baby boomer” generation, the name Alfa Romeo can spark fond childhood memories as one of their first driving experiences in the “Kid Duetto” events in the 1950’s and 60’s.

Even at this point in time, ownership of an Italian sports car was a coveted status symbol; they were expensive then as they are now, but if the opportunity of owning one of these marvels at least once in life ever arises very few people would turn it down. For the person who desires to see the true potential of an automobile, an Alfa Romeo is one of the best choices.

The company unveiled several models for 2010 which appeal to the high performance enthusiast as well as those who want a sporty car that is tough enough for the urban street environment. The 2010 Alfa Romeo 8C Spider is a fresh entry into the eye candy division with a base price of just over $300,000.  With only 35 of these roadsters destined to the American market, clearly price is not the only hurdle to navigate if this is the car of your dreams.

The 2010 Alfa Romeo MiTo GTA which was unveiled earlier in 2009 is another reason why the demand for Alfa Romeo vehicles in the United States has increased. Both of these vehicles handle with a precise responsiveness that few other manufacturers can duplicate.

As this company moves into their new chapter, the innovative tone from their latest entries promises that it will be one full of surprises.

From the first 100 years, this company has seen the rise and fall of many car body designers and engineering companies. Celebrating the centenary of Alfa Romeo or the “Anonima Lombarda Fabbrica Automobili,” strikes a chord with Italian history of the time. The company logo uses the two symbols of the city of Milan: the cross of the municipality and the snake with a dragon’s head from the Visconti family.

The company became Alfa Romeo when the engineer, Nicolas Romeo assumed management of the company. From that moment forward, this brand has been a dominant force in professional racing in some of the most popular and challenging races of all time; for example the Le Mans 24-hour race or Mille Miglia.

Alfa Romeo was well represented at both the worldwide Alfesta fan club celebrations, the many different 2010 Italian Car Shows in addition to the first the “Historic Italian Car Cup” focused on Italian GT cars manufactured prior to 1974. Abarth, Ferrari, Maserati and Lancia joined the field of competition during this very special race series. The Historic Italian Car Cup was created to cater to the demand of teams with some of the most outstanding examples of historic Italian car design with four rounds of competition at some of the best tracks in Europe.

Alfa Romeo’s enduring presence in auto racing has inspired professional drivers, as well as individuals who have never visited a race track. Their models have been featured on countless magazine covers and have carried hundreds of champions to victory over the finish line. Without a doubt several generations of drivers as well as car manufacturers have been influenced by this company’s dedication to excellence.

The 100 year anniversary of this fine Italian sports car maker is a tribute to the inspiration and purpose that supports this dedication. The company has set a high standard not only for its car design but also in terms of corporate responsiveness to the public at large, long before “corporate responsibility” became one of the popular buzz terms of the time.

With this foundation, the 21st century Alfa Romeo is positioned to conquer the challenges facing car manufacturers today. Carbon emissions and weight reduction are just two areas that will benefit from the same innovative perspective that have made Alfa Romeo one of the most famous names in auto racing.