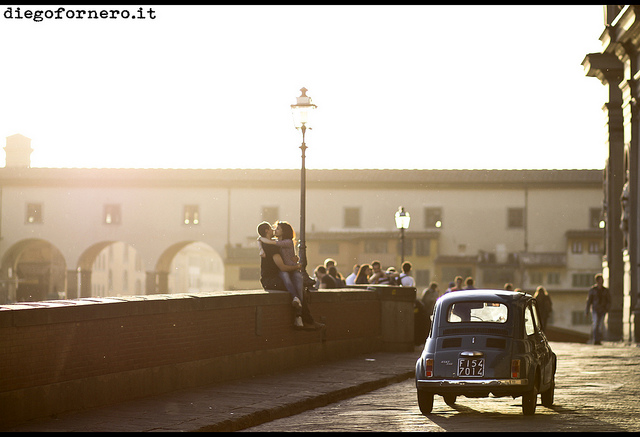 The utilitarian car market has always been the core of the Italian auto industry, mainly due to the efforts and investments of Fiat. In addition, on a social and economic level people need small vehicles that are easy to drive and park, and that won’t consume too much gas.

The very first utilitarian car was the Topolino, a car specifically desired by Mussolini to respond to Germany’s Beatle that was made for the people. Topolino became a propaganda vehicle, but it helped many Italians to get familiar with cars. The economy boom of the 50s and the 60s allowed a fast and rapid escalation of production with a parallel development of companies like Alfa Romeo, Innocenti, and Autobianchi that specialized in manufacturing utilitarian cars. All of them today belong to Fiat. The increase in gas prices, insurance, and taxes helped increase their production and popularity.

Among the most famous vehicles of that size, it is nice to remember the first one that started all, the Fiat 500, a true game changer. It represented a status symbol for those who finally had steady jobs and a fixed income. The 500 with its classic black semi-convertible top became the most sold vehicle and has been reprised today with a new style and offering new technology. It has become once more a very popular car, to the point that Fiat launched it to the American market through its ownership of Chrysler. The updated version is actually bigger and very different from its predecessor. The new 500 is edgy, modern, and technologically advanced, while the classic Fiat 500 was a car made to sell inexpensively. They are in fact targeting two different categories of people.

But of course, the Fiat 500 was only the first. Let’s then look at some of the most popular utilitarian cars that, from the 70s on, populated the Italian roads. Fiat 126 is the next in line after the 500. The 126 had more space and a more square shape, going against the round forms of the 60s, and was actually introduced to the market twice. The second time it had a revolutionary flat engine located right underneath the body of the car, allowing more trunk space both in the front and the back, a big advantage considering the overall size of the vehicle.

The next evolution was the introduction of the Fiat Uno and the Fiat Panda, two cars that were far smaller than a sedan, yet were fully capable of carrying up to five people, as well as having extensive trunk space. They were still as utilitarian as they could be, but definitely offered more comfort, keeping parking advantages and fuel consumption down. In the case of the Panda, just as for the 500, a completely modern and revised version was introduced in recent years, breaking with the past. Panda was kept as a name, but in reality they are very different classes of cars.

Another major supplier of utilitarian cars was certainly Autobianchi, which put one of the best cars in the category on the streets: the 112. The 112 was fast, practical to drive, and very reliable. Different models were made and two styles released. The second version of the car came in the elegant, more family oriented Elite, and the more aggressive sport accessorized Abarth where the engine was actually very powerful.

Later on in the 80s, Autobianchi joined forces with Lancia (by that time both property of Fiat) to create the Y10, a nice fine design that revolutionized the category, bringing some sort of luxury to what until then seemed to be a class of cars targeting low income people. The Y10 quickly became an icon for the new generation, but it was very popular with the elderly as well who didn’t care to have a big car but still wanted some extra comfort and accessories. The Y10 then evolved into the Lancia Y and the name Autobianchi sort of faded away after that.

Lancia kept targeting that category, offering upscale versions of what Fiat did with other cars. Fiat held the number one spot, but other European companies shared the Italian market, especially the French Renault, Citroen, and Peugeot that competed with similar cars. On the German side Volkswagen, more than BMW or Mercedes, entered the utilitarian market in Italy. For the French it’s worth mentioning the Clio, the CX, and the legendary 205, while VW put on the market Polo and Lupo.

Utilitarian cars are the main market in Italy and the future will surely bring even better models, more fuel efficient and green energy sensitive, and we are eager to test drive them as they become available. For American readers it is important to keep in mid that usually a standard utilitarian car in Italy is far smaller than what is considered a utilitarian car in the States. The Beatle, usually considered a small car in America, is actually seen as a mid size car. However, as the Fiat  500 arrives in North America, it might become a great game shifter.

Who knows what the future of cars looks like; it could be that utilitarian cars become more and more popular worldwide as gas prices rise and the world shifts over to more efficiency and green concerns. Italian car manufacturers will be ready for whatever comes.