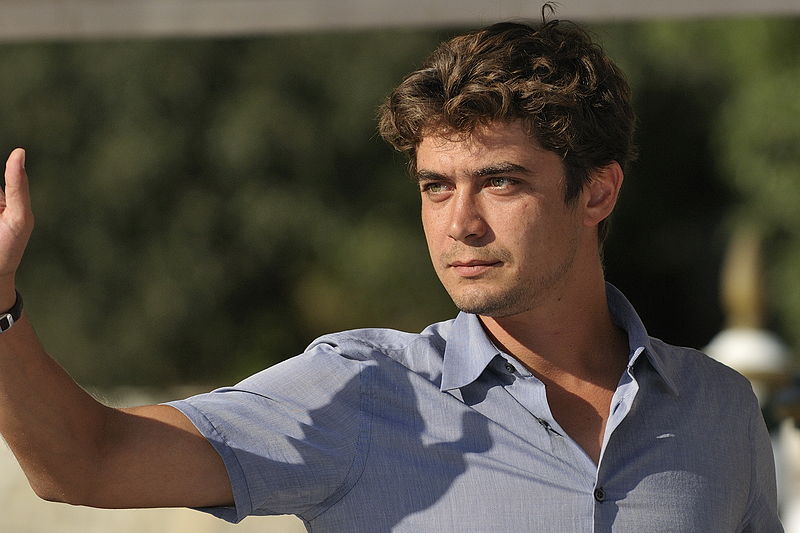 Italians have always been famous for being real charmers, but is this true, or is it simply a urban myth created by decades of stereotypes and old fashioned movies?

Whether true or not, Italian men are very much appreciated by women, especially when they come from abroad. Let’s face it, our men have loads of characteristics not easy to find in others and are – give the name of ONE woman who doesn’t think so – incredibly attractive!

First of all, women like Italian men because they are usually smiling, playful and have a great sense of humor. The vast majority of Italians think it is important to have fun and make their women laugh, as  good hearted humor and smiling are the salt of life.

Italians are still linked to the concept of family and they love spending time with their wives and children. They firmly believe that sitting around a table to eat, drink and chat with their relatives is a great pleasure. However, beware of the mammone, mummy’s boy, a danger for all women, but present in every part of the world.

Italian men have been considered, at least in the collective imagination of women all over the world, sexy lovers for ages. Today, thanks to a recent survey, it appears the myth of the Latin Lover has been finally confirmed! Apparently, this survey carried out before casting the protagonist for an  advertising campaign requiring a “male kisser,” showed that Italians are considered the best lovers in the world by foreign women.

The survey was based on 3000 tourists who were asked to give their opinion about the perfect “kisser.” Italians won, defeating their historic rivals, the French.

It wasn’t only for kisses they were chosen, though: passion, the ability to comfort during difficult times, their personality and their charm made them the real winners of the prize for best men in the world.

Italian men are said to be very good at flirting

Italians have a reputation for  being charming and incredibly flirtatious. Some women would say that, for Italians, it is a natural aptitude and they flirt regularly and naturally because they love women. Surely, not all Italian men are like this, but it is true many women share this opinion about our boys: something to be certainly proud of!

What about  the bad guys?

We must be honest, though, it is not all this perfect. Whereas all that has been mentioned so far is true, we must not forget that Italian men ( just like men everywhere in the world!) can be rather bad, too. Aren’t we all familiar with the sleazy, unctuous ways of our former prime minister, Silvio Berlusconi and his mate, the journalist Emilio Fede? Truth is that, with a bit of money in their pockets, men sometimes can become obnoxious and sexists. The scandal that eventually helped bring down Berlusconi’s government stressed the incredible lack of morals and respect some of our politicians have towards women as well as, let’s face it, the rather questionable behavior and ethics of some young starlets.

Another side of Italian men which can be rather unpleasant is their difficulty, at times, to ease out the influence their mothers have on them. Italian women, it is well known, are strong  and assertive and they do tend to become good, but at times overpowering mothers: today especially, in a time when the masculine ideal embodied by our grandfathers and fathers’ generations – that of manners, strength and sense of independence – has been substituted by icons of a somehow weaker masculinity, mothers have become more than ever queen bees and mother hens. Moreover, the difficulty to find financial and professional stability early in life, because of the economical crisis, made living at home with one’s parents normal even up to the age of 30 or 35.

One question arises naturally, though: are these negative characteristics typical of the Italian man, or are they widespread everywhere in the world? Certainly, men’s bad behavior has been on Italian’s headlines quite a lot in the past few years and it is true that there is more than a seed of truth when we say that “gli Italiani sono mammoni,” that Italians are too attached to their mothers. It also true, though, that sleazy billionaires and men suffering from the “eternal teenager” syndrome are very much a fact all over the world, and not only in Italy.

So, I believe we should really follow a popular Italian saying, “mal comune, mezzo gaudio:” eveybody’s pain is almost likehappiness, and look at it positively: Italian men have defects indeed, but they are handsome, charming and they certainly know how to make a woman smile. And that, yes, they do it like no one else in the world!

123/5000
I missed it so much during this period. I look forward to your beautiful letters, gentle caresses and kisses … I love you all

I am so humored by this. I and a few other american males of italian extract were attending school in Italy where we were out numbered by the women. The women decided they wanted the “full Italian” experience. It took about two weeks before the intramural flirting began.
Their change in attitude: we respected women, no meant no, mom was 8000 miles away, we were teachable, what we didnt know… and as a rule we were 5 to 6″ taller. Not fair I had Norwegian in me.