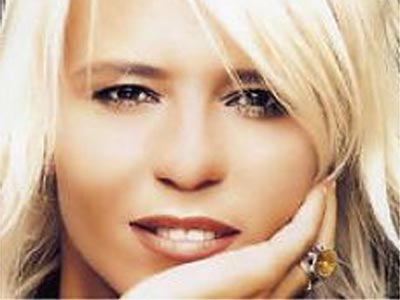 The end of 2000 sees the beginning of the the TV show format that will dominate the decade: the reality show. It was the 14th of September, 2000, when the ten contestants of the first edition of Grande Fratello (the Italian Big Brother) began living under the attentive eye of the cameras.

The first edition of Grande Fratello, hosted by Daria Bignardi, started airing to general skepticism after much controversy and criticism, but quickly became a media phenomenon, the likes of which hadn’t been seen in years in Italy. It gained a quickly growing audience and critical acclaim, as it showed the frenzy and enthusiasm that overwhelmed contestants who were ousted from the house. The show generated parodies as well as merchandising. In fact, soon imitators began to flood Italian airwaves and every channel, public and private, tried to create its own Big Brother. Three years later, in 2004, Grande Fratello had its fourth edition (the second presented by Barbara D’Urso), and still was the most popular and discussed reality show. Among the others, the only one that could undermine the popularity of Grande Fratello and gain consistent traction among audiences was L’Isola dei Famosi (I’m a celebrity… get me out of here!), a program that took the format of I’m a celebrity… get my out of here! and used  B-List celebrities and celebrities who had lost their star appeal as contestants. L’isola dei Famosi was the hit of 2003, thanks also to the strong TV presence of host Simona Ventura and to many unforeseen accidents that made the show more intriguing and unpredictable. In 2004 it came a close second to Grande Fratello as the most watched Italian reality show.

Fiorello and Giorgio Panariello become two of the best loved figures by Italian audiences. Fiorello began his career hosting a karaoke show in the 1990s, and in the 2000s his popularity exploded, as he became an accomplished showman hosting popular programs on public TV and radio.

Giorgio Panariello was a good, albeit not very popular, comedy actor. He became popular as one of Italy’s best show hosts; as a comedian he presented a series of extremely successful shows on RAI which revived the 1960s and ’70s tradition of the Saturday night variety show.

In those years Maria De Filippi, wife of  presenter Maurizio Costanzo, one of the most powerful figures in Mediaset and in Italian TV and show business, began hosting a series of programs that mixed reality TV, talent contests, and family drama.

C’è posta per te (You’ve Got Mail) follows a standard, imaginary letter that a sender sends to a recipient, each for different reasons. Generally these are ordinary people who want to reunite with relatives with whom the relationship is broken, recover a lost love, find long-lost loved ones or friends, or to clarify an outstanding issue. The recipients of the letter are alerted that someone is looking for them by the program’s “postmen”, who invite them to appear in studio in front of the “envelope.” During the program, Maria De Filippi narrates a summary of the situation and introduces the sender of the message. The set includes the presence of a large envelope provided with screens on both sides, which separates the sender from the recipient. At the center of the studio, De Filippi unfolds and deepens the story, explaining to the participants the situation and mediating delicate issues. The recipient has the right not to listen to the message (in this case, he or she immediately leaves the studio), or to accept or reject the requests of the sender by symbolically opening or closing the envelope. In the first case, the booth slips to the bottom and the protagonists are reunited; in the second, the screen is blanked and the story ends.

In the 1990’s Amici (Friends) was a TV show about growing up, particularly highlighting problems faced by teenagers. Protagonists of the various episodes were teenagers arguing among themselves or with their parents about the issues they dealt with in their daily lives. It quickly evolved into a totally different program: Amici di Maria De Filippi (Friends of Maria De Filippi), a talent show that mixed a reality show with a Fame-like talent school for young actors, singers, and dancers. The format is very similar to American Idol, but the presence of such a strong and popular host made the program evolve into a sort of brand for Maria De Filippi and for performers who graduated at her show.

Maria De Filippi created also Uomini e Donne (Men and Women), a grown up version of the Amici program. At first the program offered the opportunity to a couple to discuss their problems and issues in public, and gave them the chance to get advice from the public present in the studio. In 2001 the format was completely changed; the aim of the show is now to create a new couple that hopefully will be together forever. Each season a “tronista” is designated — the person who is looking for a girlfriend or boyfriend. They are called “tronista” because in studio they sit on a throne. During the course of the program they are introduced to several potential matches. They then meet the potential girlfriend or boyfriend for quick dates. After four months, the tronista must communicate his or her decision. The program is also a talk show in which common people and an expert talk about popular issues.

The popularity of this program is such that the term tronista entered the Zingarelli Italian dictionary. Most of the tronistas began a successful career in show business after participating in Uomini e Donne. The program, especially the talk show segments, has received heavy criticisms for being a trash show full of profanities, but this has not undermined its success.

All the programs hosted by Maria De Filippi are still on air and she is one of the most influent women of Italian TV along with Simona Ventura.

Another success of Italian television in the 2000s is the stand-up comedy show Zelig, an astounding success still going strong these days. It began airing in late 1997 as a broadcast of the stand up comedy routines held in the Zelig comedy club in Milan and evolved in a full cabaret show, hosted by some of the best known Italian comedians and actors. Zelig has been the launching pad for many popular, new generation comedians.