The motorcycles that come out of Italy are simply unlike any other type of motorcycle made in any part of the world. Regardless of what company or what model is in question, when you see an Italian motorcycle you simply know it for what it is. From the elegant and regal way that the companies handle small details to the overall inventive compact designs, Italian motorcycles stand out extremely well from their international counterparts. 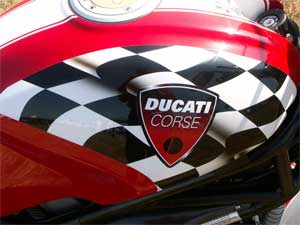 In this article we will discuss a brief history of some of the main Italian motorcycle companies and explore a bit about the motorcycles themselves.

Founded in the 1940’s by Enrico Piaggio, Vespa is likely the most common known manufacturer of Italian motorcycles. What started out as a necessary vehicle for Italy’s often crowded streets soon became one of the most fashionable vehicles in history. The line of Vespa motorcycles could possibly be said to be responsible for the entire Italian motorcycle boom and the company hasn’t stopped or slowed down a bit since it’s inception. From the recently revamped vintage PX150 to the Granturismo 200, all of the motorcycles that Vespa create retain that classic style and flawless design that Enrico Piaggio had originally envisioned.

While Vespa may be the most internationally acclaimed manufacturer of the Italian motorcycle, they are certainly not the only Italian company who creates beautifully designed products. There are dozens of somewhat lesser known yet still respected companies in Italy that make exquisite and highly functional motorcycles. One such company is Benelli.

Founded in 1911 by Teresa Benelli and her six sons as a simple car and motorcycle repair shop, the family eventually started making their own brand of motorcycles. The first motorcycle that the Benelli family created in 1920 was a simple 75cc single cylinder that was adapted to fit a bicycle frame. By the next year the company had began to improve on their designs and their brand of effective yet stylish motorcycles started to catch on. By the 1930’s the company was doing rather well with many famous motorcycle athletes and common civilians riding their products on a regular basis. The company has continued to grow throughout the decades and they are still making history. From the groundbreaking Tornado model of the 90’s to the more recent TNT model, Benelli are showing no sign of slowing down. 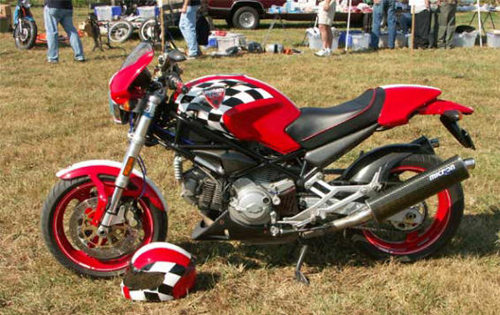 Another great manufacturer of stylish Italian motorcycles is the iconic Ducati. Founded in the 1920’s as a company that manufactured radio parts, it wasn’t until the mid 1940’s that the Ducati brothers started to produce the motorcycles for which they are internationally known. This innovation was unfortunately the product of tragedy, as the plants and factories that Ducati had been using for their products had been bombed in 1944. The Ducati brand of motorcycle came to exist because the brothers needed a new product to manufacturer and motorcycles were extremely necessary and in demand at the time. 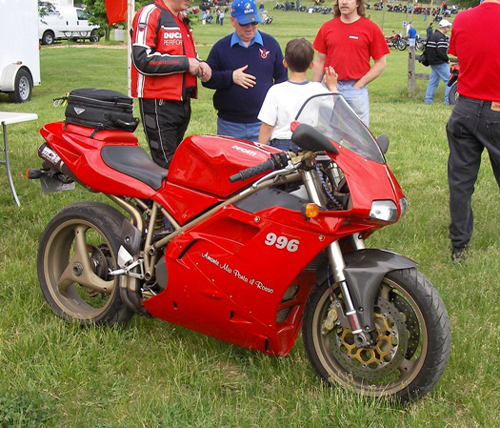 The inscription on the side of the bike says: ‘My lover dresses in red’ 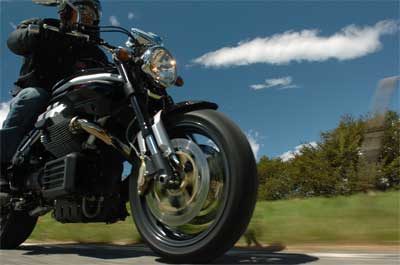 Yet another influential and well known Italian motorcycle company is Moto Guzzi. Founded in 1919 by Emanuele Vittorio Parodi and Carlo Guzzi, the company debuted that year with the G.P. (Guzzi- Parodi) motorcycle. The G.P. was quite ahead of it’s time with a 500 cc cylinder and a maximum speed of 100 km/h. The G.P. was constantly modified and was never manufactured for public consumption though in 1921 Moto Guzzi released the Normale which was even more advanced than the G.P. The Normale was entered in many of the time’s most famous motorcycle races to great success and because of this the model started to become extremely popular, setting the pace for decades to come. Even today Moto Guzzi is a world renowned motorcycle manufacturer with branches and plants available throughout the world. But regardless of whether a Moto Guzzi motorcycle is made in America or Germany, it is still distinctly Italian.

Italian motorcycles are by far some of the most stylish vehicles that have ever been made and the above mentioned are innovative manufacturers are masters of their craft.