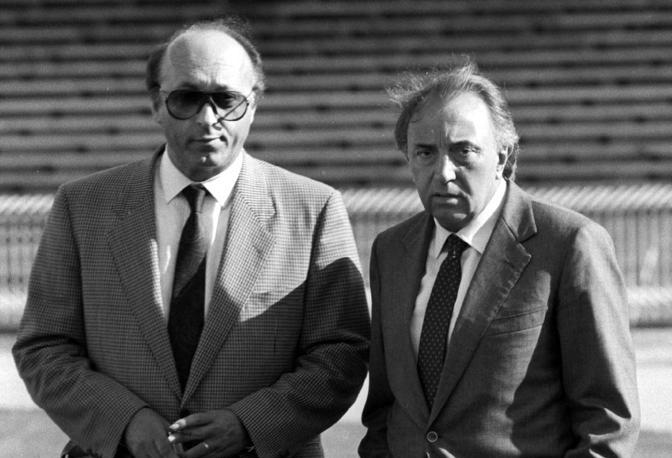 In 1980, the world of Italian soccer was shaken by one of the worst illegal match fixing scandals of its history; many believed such dark times had ended with the Italian World Cup victory in Spain in 1982, and hoped never to witness anything similar again. Soccer fans were unfortunately very wrong. Right before the World Cup of 2006 a major scandal shook Italian soccer right to its very core, changing the course of sport history in the country.

Juventus is the most successful team in Italian soccer history and in 2006 had been enjoying one of its best seasons. The Fiat-owned team not only was the most decorated, oldest team in the country, but had also always had a a large amount of great players at its disposal. The 2005-06 season was no different, as Juventus coach, Fabio Capello had one of the best selection of the entire Serie A. The team was run by three managers (The Triade: Giraudo, Moggi and Bettega), who, for over 10 years, had led Juventus to win over and over again in Italy and internationally.

As the season drew to a close, the accusations surfacing against Juventus were strong and serious. The team was charged with fixing matches, through corrupting referees, with Moggi being the mind and the hand behind most of it all. When the news broke it was like a bomb: suddenly, everyone was a suspect and the game so many loved appeared tainted. At the same time, former Juventus coach Marcello Lippi was assembling his World Cup squad in the middle of a media firestorm.

The scandal exploded after tapes of  phone conversations between Luciano Moggi and Mr Bergamo, the man in charge of assigning referees for the Serie A, were made available to the police by Telecom Italia, which is incidentally the co-owner of Inter Milan and also the only official sponsor of both Serie A and the Italian Cup. The phone conversations were not linked to the 2005-06 season, but to the previous one, which had seen Juventus winning the scudetto, followed by A.C. Milan in second place and Inter Milan in third.

Although connected initially only with Juventus, accusations quickly spread and soon A.C. Milan, Lazio and Fiorentina were embroiled in the events. It is important to note that for the Italian soccer judiciary system a suspicion of wrong doing is already enough to penalize a team. This system is not related or connected to the actual legal system that governs the country and implements Italian law. In other words, Juventus, Milan, Lazio and Fiorentina were facing a “private” trial within the soccer federation itself.

Since the head of the federation was also accused, he resigned and Mr. Rossi became the appointed and temporary president. To most Mr. Rossi was an unknown lawyer, but in reality he was the official attorney of Inter Milan, who strongly defended the team a few years earlier when Inter was accused of issuing fake passports to players so they would be able to play for the team (at the time no more than 5 foreigners were allowed to play in any given team.) The first thing Mr. Rossi did was to take away the 2005 title from Juventus, and since A.C. Milan was also implicated, assigned the title to Inter Milan. Meanwhile the federation trial concluded that Juventus had to be relegated to the second division with the addition of a point penalty, while Lazio, Milan and Fiorentina could remain in Serie A, but would be carrying point penalties as well. Because Juventus had been relegated, their 2006 scudetto was also revoked but this time was not reassigned.

The scandal caused Juventus to lose some of its best players and Inter to become the undisputed soccer power in Italy. Just as it often happens in Italy, it is still not clear which teams were involved and how much. Imagine if an attorney for the Red Sox is appointed head of the MLB and decides to take a World Series title away from the Yankees and give it to the Red Sox instead, sending the Yankees to play in the minors for one year. After his rapid appearance as the president of the league, Mr. Rossi became the president of Telecom Italia, the co-owners of Inter Milan and sponsors of the league.

Despite the scandal, Italy won the World Cup in 2006 and Moggi, who has been banned from soccer, faced trial under Italian law, a sign that there was evidence of wrongdoing even if not all the circumstances are crystal clear. In 2013, he was found guilty of conspiring to commit a crime.