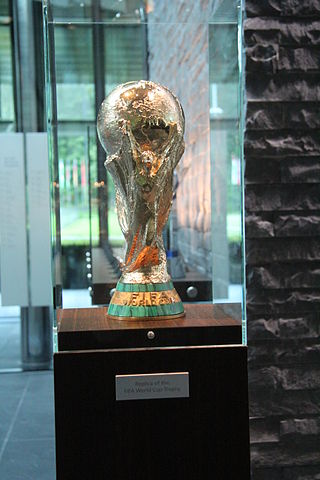 Italy is a nation that lives and breathes soccer (football), appropriately, it also holds the second spot for most World Cups won (the second spot is shared with Germany, as of 2017). Ever. The World Cup, of course, is the single, most important sporting event on the planet, held every four years and watched by billions.

It was Fascist Italy that was called to host the second World Cup in history, after the one held in Uruguay. Vittorio Pozzo was the coach and Italy was “forced” to win, Mussolini wanted it for image reasons and the Italians demanded it for their pride and to make a statement at European level. Sixteen teams participated, including the United States, which scored their best result ever arriving third. Italy won the World Cup by beating Czechoslovakia 2-1 in the final, which was played in Rome.

For years on and Pozzo was still the coach, and Italy still the world champions. This World Cup, held in France, is the only one Cuba ever qualified to play in. Italy won in the final over Hungary 4-2, to become the first back to back champions in World Cup history. Pozzo is the only coach to achieve the feat (he also added an Olympic gold to his resume).

This is still the quintessential Italian victory and the quintessential national team. The path to Spain 1982 was not easy: the team did not always play well and tension built up between the press and the squad. Although Coach Bearzot assembled a great team, the first part of the tournament proved difficult: Italy didn’t manage to win any of the matches, although the opposition was far from stellar, Poland, Peru’ and Cameroon.

Despite it, Italy still moved on to the second round where it faced a deadly three-team round robin with Brazil and World Champion Argentina. Both South American teams were brilliant and very strong, Brazil perhaps had its best team ever. Challenged by the level of the opponents, Italy showed its true strength, beating Argentina 2-1 and then Brazil 3-2, in probably one of the best games ever played. Against Brazil, Italy hero and striker Paolo Rossi scored three goals after a very disappointing first part of the tournament. In the semifinals, Italy once again played Poland, this time winning 2-0 and opening its way to the final against the phenomenal West Germany. Despite the talent of the Germans, this Italian team was fated and beat their opponents soundly to take the third World Cup in the country’s history and perhaps the most beautiful and well deserved.

Italy vs Brasil in the World Cup 1982 in Spain

Twenty-four years after Italy’s 1982 win, the national team once again headed to a World Cup in the wake of scandal (this time, Calciopoli). Many had low expectations, and expected coach Marcello Lippi to field a young team. Lippi instead put together a solid group of players and set out to accomplish what appeared impossible.

Italy won their first game easily, beating Ghana 2-0. Then the inevitable problems reared their heads. First, there was an ugly and unexpected 1-1 tie against the United States and then a 2-0 win over the Czech Republic. Many Italian fans breathed a sigh of relief when the next team on schedule came up to be Australia, but the game was much, much harder than expected. Italian fans watched in horror as the Socceroos played wonderfully well into extra time. Just before the dreaded penalty kicks, the referee awarded a generous penalty to Italy, which Francesco Totti translated effortlessly into a winning goal.

Italy’s next game was a comfortable 3-0 win over the Ukraine, and once again Italy was one the top four teams of the world. Most thought that Italy would proceed no further. They were set to play host Germany in what many considered to be one of the most hostile stadiums in the world. Few thought the Italians had any hope at all of pulling off a win. The game was beautifully played, but scoreless after the first 90 minutes and two overtime periods. Just before the overtime ended a brilliant touch from Andrea Pirlo sent the ball straight to the feet of Fabio Grosso who scored a goal that won’t soon be forgotten by Italians. With the game practically over Alessandro Del Piero put it away by scoring a magnificent second goal. In many ways the hard fought victory against Germany was the best and most important of Italy’s 2006 World Cup campaign. Italy was once again in a World Cup final.

In the final Italy faced their old nemesis France and its capitan Zinedine Zidane who had played many years in Serie A. While many remember the game for the spectacular foul Zidane committed against Marco Materazzi, flagrantly headbutting the defender and gaining himself a red card in the waning minutes of the game, Italians will always remember something different. A German night where the stars aligned and Italy found itself back on the podium, hosting the world’s most prestigious trophy. For once the Italians were able to come out the right side of a penalty shoot (appropriately the winning goal was scored by Fabio Grosso) and gain their fourth World Cup title, one behind Brazil’s five.