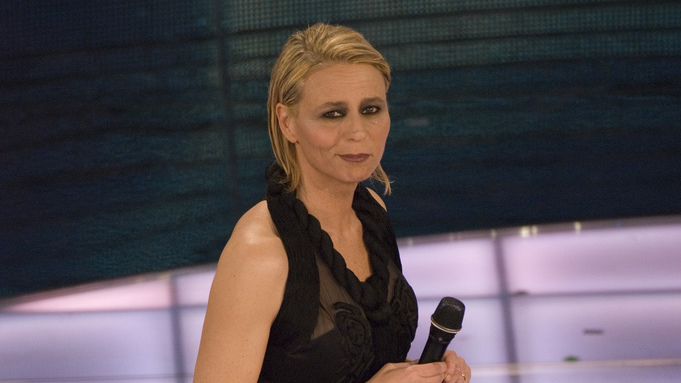 American TV has personalities like Oprah and Barbara Walters, women who have become household names while ruling the airwaves. One of the Italian equivalents would be Maria De Filippi –blonde, long-limbed and husky voiced, she is one of the indisputable queens of Italian TV. Perhaps not as refined and traditionally sexy as compatriots like Milly Carlucci, De Filippi is definitely powerful, with a strong behind-the-scenes background that helped when she made her debut in front of the cameras. While being married to Mr. Italian TV himself, Maurizio Costanzo, definitely had its advantages, De Filippi has done an admirable job at making herself appreciated as a television presenter and earning her spot as one half of a true showbiz royal couple. Over the years, Maria De Filippi has poured all her talent and determination into becoming one of the top names in Italian TV, topping legends like Raffaella Carrà, while leaving an indelible mark on the Italian television landscape.

There are two main elements to De Filippi’s success. One is her amazing interaction with the audience, the second is her choice to make common people the real protagonists of her shows. A precursor to the reality tv craze, De Filippi’s shows rightly pinpointed that many regular people wanted to see other regular people on tv. Or regular with a twist. De Filippi’s shows have helped removing the barrier between television and public. Now anyone can be a part of the on-screen magic. Like X-Factor and American Idol‘s Simon Cowell, De Filippi has also built a career on finding the next big thing out of regular folk, or uncovering that diamond in the rough.

Anyone will tell you that we have definitely entered a new era in TV. A combination of reality and talk shows are all the rage, along with new television formats that, while perhaps providing less quality content, also seem to provide more realism, or at least, a pretense of it. In Italy, Maria De Filippi is one of the pioneers of this movement and, while shows and hosts turn over at an alarming rate, De Filippi always seems to remain. Even now that her husband, the great Maurizio Costanzo has retired, De Filippi seems in no danger of slowing down. Indeed, De Filippi seems energized, and has even embraced a sexier and feminine look. Without much fuss or fanfare, Maria De Filippi has engrained herself in Italian culture, and become a fixture on televisions across the country.

Among De Filippi’s many television ventures, three shows really deserve mentioning: Amici, Uomini e Donne and C’e Posta Per Te. Each show bears a rather innovative format. Amici was originally titled Fame, but had to change its name due to legal reasons. The concept, however, remained the same–basically two schools of talented kids training for their big break and competing against one another. To date, Amici is De Filippi’s most popular show.

Uomini e Donne was also a trailblazer, one of the first shows in Italy with men and women bearing their private lives – and arguments – on national television. Then there is C’e Posta Per Te, a more traditional show, perfect for its slot, the Italian saturday night. In the same vein of Raffaella Carrà’s Carràmba! Che Sorpresa, Posta is all about the wishes and dreams of regular people. Whether it is someone reaching out to a family member or searching for a long lost love, Posta is about the engrossing (and often tear-jerking) real life stories of ordinary people. As a bonus, De Filippi often invites celebrities into the mix from heartthrobs like Raoul Bova to football superstars like Francesco Totti and Filippo Inzaghi, who participated with his brother Simone.