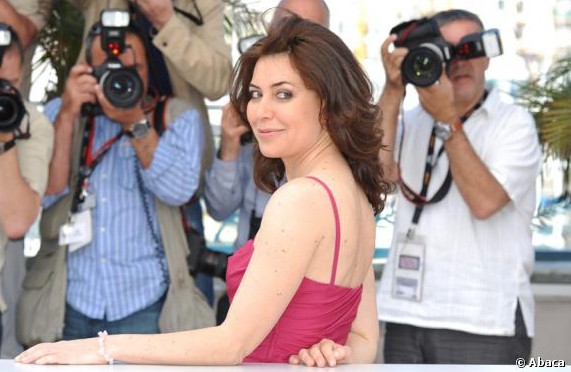 The Guzzanti family has truly become a public affair within Italian society, as each member is somehow a public figure and is allowed to speak and appear pretty much at any condition they demand. Sabina is the daughter of Paolo, a prominent journalist and politician, who after many years of supporting Silvio Berlusconi, decided to leave the party. Paolo’s political affiliation created a very interesting scenario, as Sabina built her entire career fighting against Berlusconi, attacking him directly with her acts, to the point of impersonating him and imitating his voice and features. All of that was happening while her own father was seriously defending and fighting for Berlusconi’s ideas. Often, it happened to zap from a channel to the other and find father and daughter on different stations, rising a flag for opposite factions, each in their very own way. The funny thing is that in real life they seldom argue and they truly admire each other. Sabina is also sister to Corrado, who could easily be considered the male version of Sabina herself. Besides physical similarities, Corrado shares the same political views and performs in a very similar style.

Sabina Guzzanti is a product of leftist TV propaganda, but rather differently from other political activists, she happens to be very talented: in some ways, her political affiliations probably thwarted a career which could have seen her becoming a prime actress. She chose to follow a different path and abandoned pure art in name of propaganda. Many people like her and find her work amusing: she was definitely very smart in finding a place in the public eye, especially in cinema, where her docu/films are successful at the box office, and culturally appreciated by leftist intellectuals. A memorable imitation is also the one of Left leader and former Prime Minister, Massimo D’Alema, whose feature and expressions are perfectly reproduced by Guzzanti. Sabina has indeed a particular talent for impersonations and, in the case of D’Alema, the similarities are truly remarkable. Capable of doing both Berlusconi and D’Alema, Sabina created some very funny sketches. She also wore the clothes of Argentinean left hero “Che” Guevara and even there, the results were hilarious.

As already mentioned, Sabina is very active as a filmmaker, and a talented director and writer. Although she didn’t produced many films, two certainly left a mark in Italian popular culture, “Viva Zapatero” and “Draquila“. More than for their artistic value, the two films are in fact pretty low budget and lacking any cinematic intensity, the two movies created quite a buzz. “Viva Zapatero” came out when Zapatero became Spain’s Prime Minister, creating a major wave of hope in the left European world. Zapatero turned to be very different from what the left originally hoped, but Sabina was capable of surfing that wave and gaining box office and critic recognition. In the case of “Draquila” things were different. She chose to attack Berlusconi on a very delicate and sensitive subject, the earthquake in the Abruzzi. The choice didn’t pay her off; indeed the majority of Italians were disturbed, although Sabina hoped to find a safe heaven in France at the Cannes Festival. But the red carpet and the left wing machine could not help her there either, as even the French gave a very cold reaction to the film, which ended up back firing at her, provoking the exact opposite results that she hoped and actually promoting Berlusconi as a very successful leader, even among the French.

In 2012, she came back on the Italian screens with her own show, Uno Due Tre Stella, on La7, one of Italy’s major private networks. In 2014 she directed La Trattativa, a movie about the negotiations betwee the Italian government and the mafia.

Sabina Guzzanti’s collaboration with the pseudo-intellectual world of Italian leftists continues, albeit she did much credibility from an artistic point of view: she has been accused of creating second-rate satire, of being a little talented left-wing puppet. She appears to be, at least when it comes to her career, a typical case where artistic talent has been overwhelmed by political interests. Isn’t it true? Sometimes, artists should just try to be artists.