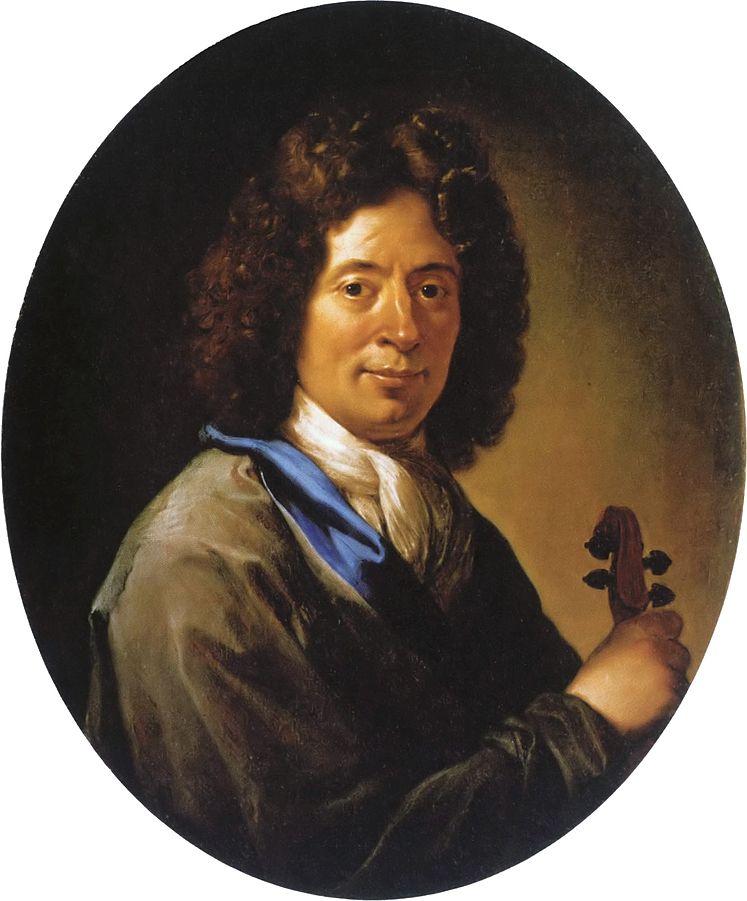 Italy has produced some of the finest artists, musicians, and composers of the Baroque period, an influence we still enjoy today. Arcangelo Corelli was a composer of rare genius and emotional insight, whose work altered the lives and direction of his peer composers, his students, and the style of music across Europe.

Arcangelo, meaning Arch Angel in Italian – quite the name to have to live up to – was born in Fusignano, Italy, in 1653. Fusignano is a small town noted for its rich, red Lambrusco wines on the northeastern side of the peninsula, not far from the city of Ravenna and the coast of the Adriatic Sea.

While little is known about Corelli’s early life, we do know that he studied in the nearby city of Bologna, a place recognized as a hub of musical talent. Shortly after, and barely out of his teens, Corelli established himself in Rome. Queen Christina of Sweden, who was living in exile in Rome, recognized the abundant talents of Corelli and, by 1679, he was in her service. Thereafter, his international reputation grew and a long and distinguished list of patrons followed. One of his most generous benefactors, the octogenarian Cardinal Pietro Ottoboni, soon became Pope Alexander VIII. The Cardinal became the main patron of Corelli and afforded him the rare ability to work unfettered with financial woes and concerns.

Corelli’s seemingly limitless abilities as a composer would surely have preserved his name through time, but he was also an outstanding violinist as well as a gifted teacher. His students included such musical icons as Antonio Vivaldi and Francesco Geminiani. He was not considered a virtuoso on the violin – a relatively new instrument at the time – by his contemporaries, however the rich tonality and melodic beauty in his playing was considered the most remarkable in all of Europe.

The popularity of Corelli’s compositions was unequalled and it was the most widely played instrumental music in its time. Two generations later, Thomas Jefferson, himself an amateur violinist and music aficionado, is said to have enjoyed Corelli’s works above all others. Corelli’s mesmerizing Sonata Opus 5 features the “La Follia” variations for violin and accompaniment, which were presented as the musical backbone of the movie “Jefferson in Paris.” According to critics and the viewing public, Corelli was the highlight of the film. Additionally, the box office hit “Master and Commander” features extracts from Sonata Opus 6, which nicely accentuates the period film and assists immeasurably in creating a scene’s tone and tempo.

Beyond the immediate circle of Corelli’s friends and students, he had enormous influence on the musical tastes and compositional direction of his contemporaries. Johann Sebastian Bach, Alessandro Scarlatti, as well as his virtuoso son Domenico, George Frederick Handel, and Pietro Locatelli, all attribute much of what directed them compositionally to Corelli. His work with the Trio Sonata as well as the Concerto Grosso was not necessarily original, but certainly revolutionary. The Trio Sonata is an instrumental form generally utilizing four musicians playing from three-part books.

Arcangelo Corelli remained in Rome for thirty years with few travels outside of the city. Among the only trips he made was one to Naples to assist Scarlatti with his “Tiberio, imperator d’Oriente”. Apparently the visit had a negative impact on the composer, who witnessed a virtuosity among Neapolitan violinists that left him embarrassed at his own less flashy style. Throughout that time, he gave performances at events of the highest importance and wrote music that has the lasting power of granite.

At times he performed musical pieces himself, at others, he directed the performances. Whatever his part, Arcangelo Corelli’s brilliance made the music not just memorable, but immortal.

After a long and uniquely distinguished musical career, Corelli retired from publicly performing in 1708. On January 19th, 1713, Arcangelo’s magnificent flame was extinguished. Some say Corelli’s death was precipitated by the melancholy and depression he felt after witnessing the performances of the violinists in Naples. Whatever the reason, the genius was dead at the age of 59.

His body lays in the Pantheon, next to the painter Raphael. While his works came to life over three hundred years ago, they are as healthy and relevant today as if the ink used in their initial writing were still wet.