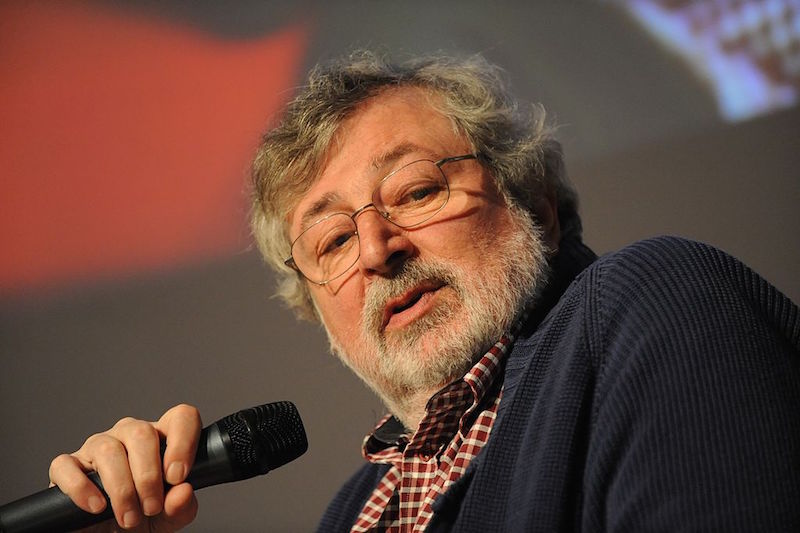 Italian music abroad is often reduced to old Neapolitan songs and the great lyrical tradition embodied by famous singers such as Luciano Pavarotti and, more recently, Andrea Bocelli. What many don’t know about is how rich and varied Italian music is today.

Italy also has a long history of creative singer-songwriters who have shaped the country’s music industry and continue to do so.

A certain group of singer-songwriters (cantautori in Italian) have brought poetry and continuous innovation to Italian music, adding not only modern style to their music, but a more socially conscious awareness to it, as well. The origin of it all was a hit second only to Bing Crosby’s White Christmas in popularity, entitled Nel blu, dipinto di blu.  With this song, the young singer-songwriter Domenico Modugno stormed onto the Italian music scene in 1958, doing away with an entire songbook of previous generations’ lovey- dovey rhymes and sappy songs.

Modugno, as they say, changed the game.

At the end of Modugno’s first live performance of his now-famous song, the singer spread his arms wide, breaking the staunchly upheld tradition of the stiff-singing posture. The audience responded by cheering him with an uncontainable enthusiasm that led immediately to huge record sales. Perhaps even more importantly, Volare, as the song is known on the international market, was a brilliant synthesis of the singing and performing style that was soon to characterize the Italian musical scene: just a few years later, Italian music was to take on an entirely new face.

The 1960s: the intellectual wave of singing-songwriting

In the middle of the 1960s a group of friends, all singer-songwriters and nearly all from Genoa, began talking about life, love and society in an entirely new manner. They wrote highly evocative lyrics with a brand-new awareness of the world and  of the social reality surrounding them.

Their work hit the music scene so hard that a new term was invented to define them: cantautore. This term was a fortunate mix of the words singer and writer or author, representing the figure of a new musician who was not only considered an artist, but also an intellectual. The members of this group, later called the Genoa School, all fit that description: Gino Paoli was a painter, Piero Ciampi a poet, and Luigi Tenco and Bruno Lauzi were successful university students. These new cantautori were strongly influenced by modern Italian authors such as Umberto Saba and Cesare Pavese, and also by French chansonniers like George Brassens and Jacques Brel. Of the Scuola Genovese was also part the most known and respected of all cantautori Italiani, Fabrizio De André.

The young Tenco, who unfortunately and painfully took his own life in 1967, became the interpreter of a certain unease through melancholy lyrics like “I fell in love with you cause I had nothing to do.” Tenco was able to express a common feeling of dissatisfaction with the pervading myths of economic well-being and consumerism, which would soon find its ultimate and violent expression in the political and social turmoil of 1968.

The 1970s: the social commitment

At the beginning of the 1970s a new generation of musicians – by many considered today as the modern embodiment of Italian singer-songwriters – was on the rise.

Their melodies became less romantic and were influenced by American folk-rock and traditional Italian folk music. As the decade continued, their lyrics became increasingly focused on political and social themes. Most of these cantautori, such as Francesco De Gregori, Lucio Dalla, Paolo Conte, Francesco Guccini, Ivano Fossati, and Antonello Venditti, still perform and release albums today. Their impact has been crucial not only from a musical standpoint, paving the road for another less poetic, far more transgressive wave of musicians, but also from a socio-political perspective. Their music was the natural soundtrack for a difficult and controversial period in Italian history marked by huge unions fights, deep moral and social changes and, above all, left and right wing terrorism.

The 1980s: a return to introspection and an opening to transgression

The 1980s brought a renewed interest in personal matters and a great desire for combinations of – and experimentation with – sounds, genres, and instruments.

Italian singer-songwriters’ sound went heavily pop and sometimes even touched upon rock sonorities. Postmodern desire for recycling, mixing, and combining sounds – from classical to the relatively new electronic sounds – found its champion in Franco Battiato, important in Italian music history for his unique and extremely cultured contribution. Transgression was an overarching theme of the time, expressed through loud electric guitar riffs and lyrics praising the proverbial sinful triplet: sex, drugs and rock and roll. A sound embodied at its very best by Vasco Rossi, spokesman of several generations of angry young Italian men and women.

The tradition of cantautori is still quite strong today and boasts musicians such as Vinicio Capossela, with his distinctive blend of jazz, folk,and Latin rhythms, and Lorenzo Jovanotti, who has brought more than a touch of rap and hip-hop to the singer-songwriters’ musical heritage.