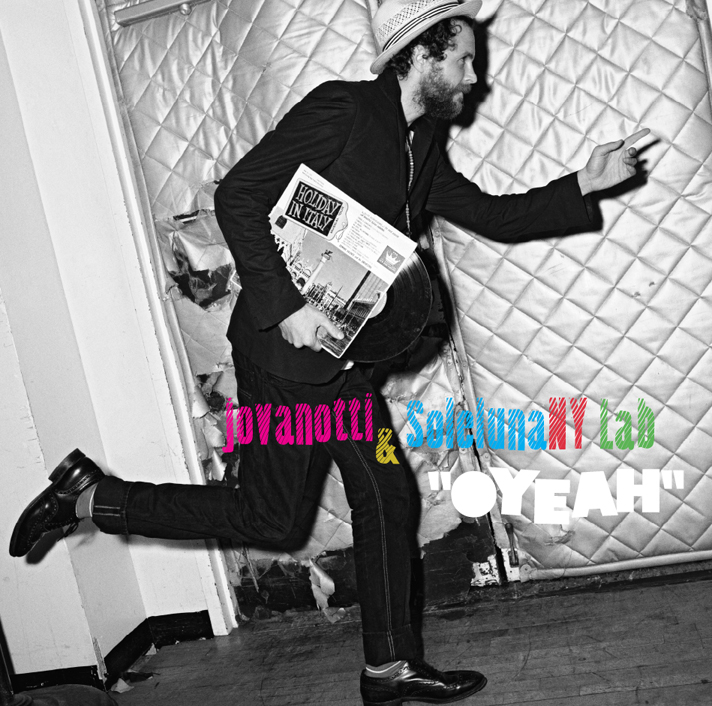 When Jovanotti, Italy’s iconic pop star, decided to break into the US market, he took an unusual route.

Rather than play the obligatory round of venues typical for a major Italian language artist, Jovanotti, an unabashed fan of New York City, took up residency in the Village and spent the summer of 2009 working out a mostly US-based band in the downtown club scene.

Also unusual is Jovanotti’s relationship with the Latin music world.  Unlike compatriots Laura Pausini and Eros Ramazotti, the Rome-born artist found success in the mid-nineties in Latin America with Italian language hits “Serenata Rap,” “L’Ombelico Del Mondo,” and “Penso Positivo.”  His fascination with Latin music and rhythms has led Jovanotti to collaborations with the likes of Jorge Drexler, Jarabe de Palo and Sergio Mendes.

Until now, American audiences have had to make do with mere glimpses of the brilliant career of one of Italy’s most famous contemporary artists, the Roman singer and songwriter Lorenzo Cherubini, professionally known as Jovanotti. Over the past twenty years his recorded and live collaborations with Michael Franti, Ben Harper, Juanes, The Beastie Boys, Carlinhos Brown, Sergio Mendes and Bono, among other well-known names, have occasionally caught the ear of the adventurous listener. Delivering lyrics in a half-sung, half-spoken style that has something esthetically in common with a downtown reading by a Beat poet, Jovanotti uses the rhythm and the ricochet of consonants and catchy melodic hooks to create songs that are instantly accessible to an international audience.

Jovanotti launched his music career in the late ‘eighties from a dj stint on Milan’s popular Radio Deejay network to become a commercially successful, if not critically regarded, pop rapper/dj. Throughout the ’90s, Jovanotti steeped himself in international influences which, not unlike Manu Chao, he synthesized into a uniquely modern version of the traditional Italian singer-songwriter. As his music evolved, so did his lyrics, as he began to use his songs to address philosophical, religious and political issues.

Jovanotti  was one of the first Italians to work for MTV. The term ‘world beat’, used to describe foreign language music with a groove, had just come into vogue as the singer took to the role of Fellini-esque master of ceremonies on the early 1990s MTV program “Earth to MTV.”

His public commentary on politics became more pronounced on his sixth studio album “Lorenzo 1994” and both his critical and international acclaim increased. The song ‘Serenata Rap’ was the most frequently shown video on MTV Latino that year and Jovanotti made two live concert appearances on MTV Europe.

In the late ’90s, Jovanotti made a direct leap into the arena of world music, recording a portion of his seventh album “Lorenzo 1997” in South Africa, with local musicians and guest stars. He also released a greatest hits album in Spanish with lyrics translated by Jarabe de Palo and Oscar-winner Jorge Drexler.

Jovanotti has recorded eleven studio albums. His most recent releases have all gone to number one in Italy and, since 2008, he has begun to work more in more with the US in mind: his muti-platinum album “Safari” (2008) was also recorded in LA and in 2009 he published a US only album, “OYeah.” In 2010, his hit “Baciami Ancora” becomes the lead song of Gabriele Muccino‘s homonymous film: with this song, he wins the prestigious David di Donatello for best soundtrack. His interest for the silver screen grows, to the point he decides to rewrite, along with Marco Tamburini, a new soundtrack for iconic Tyrone Power’s success “Power in Blood and Sand,” an effort highly praised by critics and public.

A curiosity: the name Jovanotti is taken from the plural form of the Italian word giovanotto (“young man”). Lorenzo had once used the Italian-American “Joe Vanotti” as an artistic name before morphing it into his famous moniker “Jovanotti”. The spelling of Jovanotti is anglicized, as the letter J is not used in Italian.

Check out Jovanotti’s work, collaborations and tour dates  on his own website, soleluna.