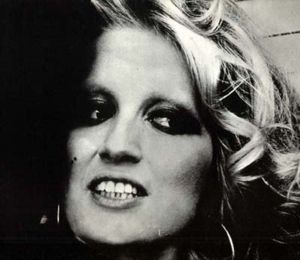 Every country has that special female singer who, with her voice, defines more than just a period, more than just a style, but a nation in its entirety, crossing social and age boundaries. While the United States has Barbra Streisand and Canada has Céline Dion, Italy has Mina.

This amazing performer, whose voice goes beyond perfection, has been part of the Italian cultural landscape since the 1960s. At the beginning of her career, Mina appeared on television, which was then still only in black and white. Color limitation, however, could not stop her voice and presence from entering Italian homes. For the last several decades Mina, with the grace and style of a goddess, has reigned as the undisputed Queen of the Italian music kingdom.

Ironically, despite her widespread popularity, Mina has never appeared in concert. While the singer has performed shows in nightclubs she has shyed away from appearing live in front of mass audiences in stadiums and concert halls. Mina is not a rock star. She is neither a composer nor a songwriter, but a performer of the highest rank, who chose television and studio recordings as the medium through which she would express her talent.

In Italy, Mina has become a legend, a living icon appealing to more than just one generation. The singer still delivers new songs every year, as a solo artist or in duets with other prestigious singers. The way Mina was able to become a legend while still alive is a feat in and of itself in the music industry: one reason Mina was able to rise to such a level, besides her gorgeous voice and obvious natural talent, was her knack for choosing the right songs to suit her. On this matter, a special mention must go to Alberto Testa who, with ” Grande, Grande, Grande,” probably wrote the best song Mina ever sang, and the one that definitely put her on the map.

Mina has performed on TV with Battisti, no doubt the most important male singer in Italian history, and recorded with Cocciante and Adriano Celentano among many others. Every year, usually around Christmas time, Mina releases a new CD, which always seems to result in critical and commercial success. Mina’s skills are such that she can often record an entire album in just one day with one take per song.

Besides Mina’s proven artistic capabilities what transformed her into a myth was her decision to leave the public eye at the top of her career.

She indeed decided not to visually appear any longer, avoiding TV, public performances and even simple interviews or photo shoots. This is unheard of in our celebrity driven society, where even ordinary people are always looking to stretch out their fifteen minutes of fame. Mina, on the other hand, decided to retire to Switzerland and her public relations people did a great job in keeping her private life private. Despite removing herself from the public eye, Mina has not deprived fans of her voice, which is all she really needs to connect with them.

Mina’s longevity can also be attributed to her ability not only to change genres, but to understand the change of sound that comes with each generation. For Mina, the show is all about her voice, which reaches heights some singers can only dream about. Even when Mina was appearing on television, she always made sure that her show didn’t eclipse her voice. Instead, she always presented herself as elegant and sober, but also powerful and unforgettable. Many claim that if Mina was born in the United States she would have become the greatest singer ever, a sort of male Frank Sinatra.

Italians, for their part, are happy to keep their national treasure clutched close to their hearts and, rather than try to make comparisons with other international stars, are content with Mina. Just Mina.