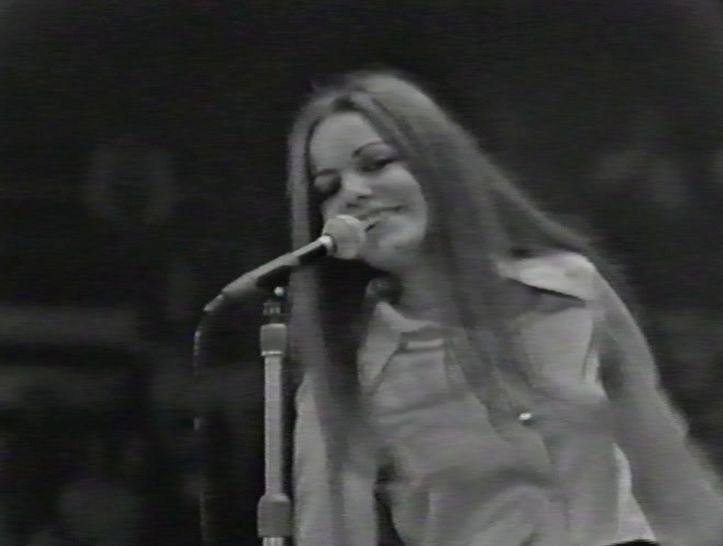 She is only 15 when in 1969 Nada sings “Ma che freddo fa” (It’s so cold) at the Sanremo Festival, the biggest music contest in Italy. At the Festival she gets only the 5th position, but the song is a winner and for the following 5 weeks it is at the top of the hit parade. “Ma che freddo fa” remains in the history of the Italian music and it is still occasionally played nowadays at the radio. Following this success Nada is nicknamed “Il pulcino del Gabbro”, the chick from Gabbro (Gabbro is the town where she was born). In 1970 she sings again at the Festival, but it’s in 1971 that she wins with “Il cuore è uno zingaro”.

In the 70s she approaches the Italian songwriters’ world and collaborates with Antonello Venditti, Riccardo Cocciante and Claudio Baglioni.

At the end of the 80s she goes back to pop music and in 1983 she sings another great hit, “Amore disperato” that won her the nomination as “Singer of the year”.

In 1994 she starts writing her own songs, initially with little success, but in 1999 she sings her “Guardami negli occhi” at the Sanremo Festival, that attracts the interest of Adriano Celentano, who asks her to sing with him in a duet.

In 2007 the songs “Ma che freddo fa” and “Amore disperato” are part of the soundtrack of the movie “Mio fratello è figlio unico” (My brother is an only child), that represents Italy at the Cannes Movie Festival.

On June 21, 2009 she sings “Ma che freddo fa” at the concert “Amiche per l’Abruzzo”, organised to raise money for the reconstruction of the Abruzzo region after the earthquake, with a formidable team: Carmen Consoli plays the bass, Paola Turci the guitar and Marina Rei the drums.

She keeps writing songs and she has also written a few books and acted in theatre and movies.